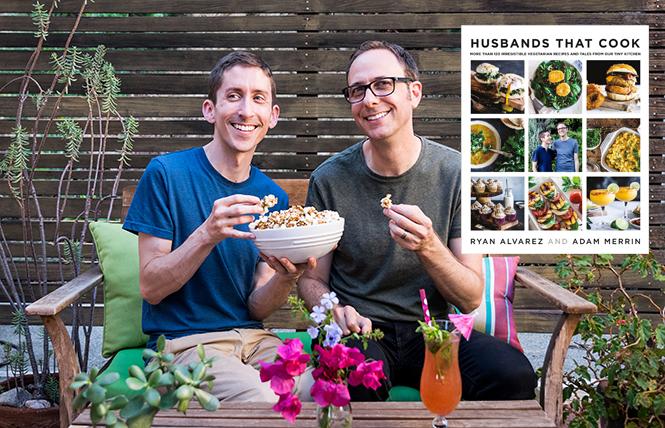 "It was a literary agent," explained Merrin during a recent interview. "She wanted to know if we'd be interested in doing a cookbook." 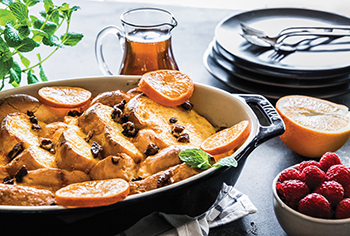 In the decade since their pre-legalization marriage ceremony, the pair had pursued separate creative endeavors professionally. Merrin, a native Angeleno, was a successful journeyman musician. His band, The 88s, recorded and toured with Ray Davies of the Kinks, contributed to film soundtracks and composed and recorded the theme song to television's Community.

Alvarez, originally from Portland, Oregon, pursued acting gigs (In the past few years he's had small parts on TV shows including American Horror Story and Superstore).

But starting in 2015, spurred in part by the enthusiastic response their potluck dishes and birthday treats garnered from friends when they socialized, Alvarez and Merrin started posting a recipe blog, Husbands That Cook. That's now also the title of their book, which the couple will be discussing at Omnivore Books in Noe Valley this Saturday afternoon, where treats will be served.

Because men are still very much a minority in the world of recipe blogging, the pair, who gregariously networked with other bloggers, immediately stood out in a very crowded field. They gained traction due to their eclectic, internationally accented recipes.

Perhaps best described as non-doctrinaire vegetarian (plant-centric, but with no shortage of butter, sugar, eggs and other rich ingredients), what the husbands cook up is not so much hippie food as homebody hipster cuisine. The Husbands That Cook blog quickly developed a following and won a Reader's Choice blog award from Saveur magazine. 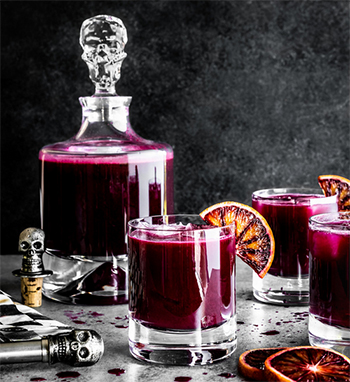 Redrum punch, one of many cocktail recipes.

"You're probably wondering who are these drop-dead gorgeous guys on the cover," writes Merrin in his introduction, tongue firmly planted in cheek. In fact, the fellows are relatably normcore, with no interest in producing a novelty niche volume with recipes for Cheesy Beefcake and Bananas Flambée.

"These are the kind of recipes," says Alvarez, "that we cook and eat all the time," ranging from breakfast dishes (winter shaksuka) to satisfying entrees (sweet potato gnocchi with brown butter sage sauce) to on-trend desserts (pumpkin cupcakes with chai frosting).

"Cooking is one of the activities we really love as a couple," notes Merrin. "It's a way to spend time making and sharing something. This isn't a meals-in-30-minutes kind of cookbook. It's more about spending time together and enjoying the experience."

Alvarez, who learned to cook at the elbow of his Cuban grandmother, had long felt at home in the kitchen. For years, he'd kept an increasingly unwieldy file folder of printed recipes alongside his dog-eared copy of The Joy of Cooking, which the couple unpretentiously and unreservedly recommends as a touchstone reference for any cook's library.

In the early years of their relationship, Alvarez did most of the couple's cooking, gradually luring Merrin into collaboration. 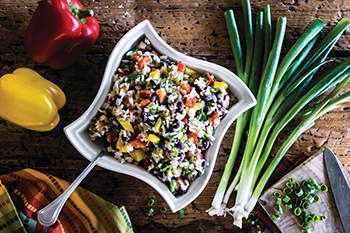 "I love all the technique and knife skills, but have always tended to follow recipes very carefully," says Alvarez, describing the men's mutual culinary evolution. "Adam just has a great creative sense of flavors and combinations that will work well together, so he'd start to suggest variations and adjustments, or even come up with a whole concept for a dish and we'd play with it together."

Around the time the blog launched, Merrin's band had recently split up, so he threw himself into the project head-on, helping hone the blog's colorful, Insta-friendly photography-style.

"It's all shot in natural light in our kitchen, no special lighting." noted Merrin, proudly. "No food stylists or anything like that."

Merrin also notes that his now-conquered fear of cooking has led to a sensitivity in how the pair write their recipes.

"The instructions are very specific. We didn't want people to have to wonder if they're doing something wrong."

Indeed, the prose-intense pages of their book leave little room for guesswork, making Husbands That Cook approachable even to relative beginners in the kitchen.

"Food is love," writes Alvarez in his introduction to the book. "And this is our love letter: to each other, to our families and friends, and to you."