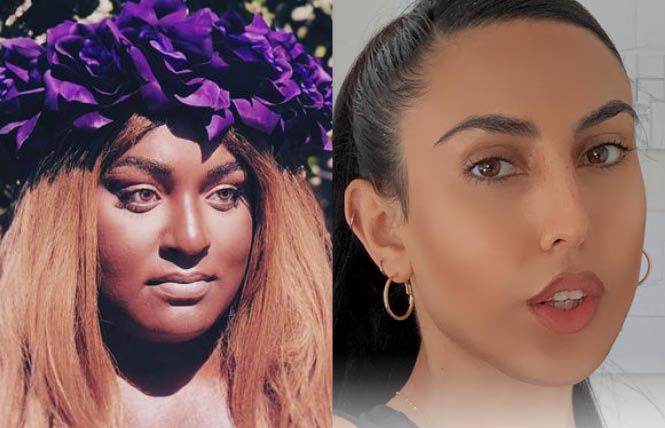 A small number of trans and gender-nonconforming tenants in San Francisco should soon be able to get rental subsidies under a new program announced this week.

The program, dubbed HOTT, for Housing Opportunities for Trans Tenants, was unveiled by the Transgender District February 22. It will also serve nonbinary and intersex tenants, officials said.

The HOTT initiative is set to launch in March, officials said.

"We have eight units around the Bay Area," Jupiter Peraza, a trans woman who is the coordinator of HOTT and a program associate for the Transgender District, told the Bay Area Reporter February 23. "They're all capped at $1,200, and our subsidy pays half so people will pay $600."

These units are located in downtown Oakland and the San Francisco neighborhoods of Mission Dolores, North Beach, and North of the Panhandle (in the Western Addition), according to a news release from the Transgender District.

This subsidy program is separate from Our Trans Home SF, which is a program spearheaded by the city's Office of Transgender Initiatives. Our Trans Home SF also connects trans and gender-nonconforming people to apartments, and is funded to the tune of $2 million for the next two years.

"This is its own separate fund," Peraza said. "They [Our Trans Home SF] do have a waitlist, and so we are finding tenants through Our Trans Home SF, but this is through our partner, which is Starcity."

"We're excited and honored to partner with the Transgender District on a much-needed housing initiative that will make San Francisco more accessible to the transgender community's workforce," stated Mo Sakrani, the co-founder and CEO of Starcity.

"The pandemic-induced recession has made it even harder for the community to afford to live here, and this initiative plans to narrow the gap," Sakrani added. "Starcity's mission is to make great cities accessible to everyone, and partnering with [Transgender District executive director] Aria [Sa'id] and her team will allow us to offer affordable rents, inclusive placemaking, and a platform that creates housing security."

The Transgender District intends for HOTT to create long-term housing for the tenants it houses.

As of February 23, however, the Transgender District is several thousand dollars short of the total amount it would need for a whole year of eight $600 subsidies a month.

Sa'id told the B.A.R. at that time that she is "actively fundraising."

"At this moment we have $50K," Sa'id wrote in a Facebook message. "But looking to raise more to keep the program going."

Before letting individuals be part of the program, interested tenants would have to pass a background check and provide proof-of-income and credit information to the Transgender District.

"Nobody has been placed yet," Peraza said. "Today is the second day and we've already gotten a large number of submissions."

In the release, Peraza stated that the program is being launched at a moment of great need for the community, and connected the Bay Area's trans past with its present.

"Amid a financially crippling global pandemic and the forces of gentrification ever-so present in the Bay Area, the Transgender District aims to ensure trans, gender-nonconforming, nonbinary, and intersex individuals have access to housing opportunities in a geographical location that bears so much trans history dating back to the Compton Cafeteria Riots and beyond," Peraza stated.

Sa'id stated that the subsidies will particularly benefit those getting their feet in the door of the Bay Area.

"I'm so thrilled that we are launching a housing effort that I believe meets a huge, unmet need of transgender people in San Francisco — affordable housing and permanent housing solutions for transgender people who may be working in service industry or entry level positions and finding that they can't truly afford the rent in San Francisco — even with rents dropping significantly," Sa'id stated.

To learn more about the program, go to https://www.transgenderdistrictsf.com/