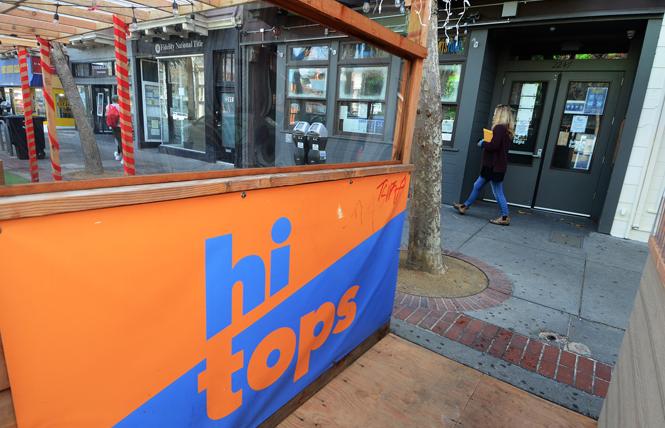 At a perilous time for many small businesses in the pandemic, a San Francisco supervisor is proposing legislation to fund nightlife venues while another board member is spearheading millions of dollars in regulatory relief.

The nightlife fund, proposed by District 6 Supervisor Matt Haney, follows other city programs like fee waivers that have been passed by the Board of Supervisors.

Some $5 million in fee and tax waivers, introduced by gay District 8 Supervisor Rafael Mandelman, passed the board January 5. The waivers and referrals are specifically geared to help entertainment and nightlife venues on the one hand and restaurants on the other.

"The city will provide financial relief for approximately 300 businesses that have a Place of Entertainment permit and that have gross receipts of less than $20 million, representing a total of approximately $2.5 million in support for these businesses," a January 5 news release explains.

"Relief will be provided by waiving regulatory license fees and business registration fees for two years, and by waiving payroll expense taxes for 2020. Businesses that already paid these taxes and fees will receive an automatic refund. Businesses will still be required to file all applicable business tax returns," the release states.

Up to 1,500 businesses with a restaurant permit will receive relief; they must have gross receipts of less than $750,000.

Businesses will also have more time to pay taxes and fees.

"COVID-19 has devastated our small businesses. Many have been stuck on a merry-go-round of reopenings, closures, and new restrictions, while others have been unable to operate at all since March," Mandelman stated. "This legislation will provide more than $5 million in fee relief for some of our hardest hit businesses. This round of relief cannot be the end of the city's efforts to support our small businesses, but it does reaffirm our commitment to creating an environment where longtime businesses can stabilize and re-grow and new businesses can flourish."

Not everyone is sanguine about the city's moves, however. Dave Karraker, the owner of MX3 Fitness on Market Street in the Castro and a member of the Castro Merchants board, had helped many small fitness studios come together to form the San Francisco Independent Fitness Studio Coalition last spring.

In a statement on behalf of the coalition January 12, Karraker asked "Is The City Picking COVID Winners and Losers?"

"The San Francisco Independent Fitness Studio Coalition is asking: why weren't neighborhood gyms included in the relief package? What about salons? Or tattoo studios? — all of which have been hit just as hard, if not harder, during the pandemic," Karraker stated. "While gyms sat closed nearly half of the year, restaurants were able to reopen quickly with takeout service and delivery, which continues today. Gyms can now operate outdoors, but that option is only available for a fraction of the neighborhood gyms in the city, and it is fraught with challenges, such as the homeless situation and weather.

"The SFIFSC is demanding the city include small neighborhood fitness studios in their relief packages," he stated. 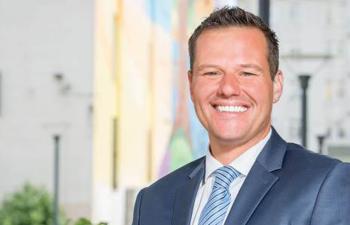 Haney proposes nightlife fund
Meanwhile, late last year, Haney introduced legislation to create a San Francisco Music and Entertainment Venue Recovery Fund that would aid entertainment venues, most of which have been unable to make money since the current stay-at-home order went into effect December 6 (though many have not been able to open since coronavirus restrictions began last March).

A May survey from the city's Entertainment Commission found that almost half of bars, live music venues, and nightclubs were "highly concerned" that their businesses would have to close permanently, and more than half did not make between 75-100% of their expected business income.

"When we talk about the heart and soul of San Francisco, many of us think of our city's venues," Haney said in a news release. "The many shows we've seen and the bands and artists and music that have all come out of San Francisco, they inspire us and bring us together. These spaces are a reflection of who we are and what we love, and they are in danger of disappearing."

Honey Mahogany, a queer nonbinary trans person who is the chief legislative aide for Haney, told the Bay Area Reporter that the legislation has to be on a 30-day hold from the time of its December 22 introduction until it can be heard by the budget committee.

When asked how much money Haney is seeking for the fund, Mahogany said that "we do not have a number yet."

"We are working with the city controller to see what is feasible," she said.

Mahogany, who is part of the 17-member Stud collective, said that she and other members of the collective — which used to run the now-shuttered space at 399 Ninth Street — were a major force behind Haney's introduction of the legislation.

"Matt [Haney] talked a lot about helping nightlife in his [2018] campaign, and as things have gone along we have put pressure on him to fulfill that promise," Maria Davis, a queer woman who is a member of the Stud collective, told the B.A.R., adding that she and others used their connection with Mahogany to get the ball rolling.

"We'd been talking about it because she works in Matt's office and we have a rapport," Davis said.

But these efforts won't directly help the Stud, Davis said, which as the B.A.R. previously reported had to close its physical location in May.

"We hope that through a trickle-down effect it will help the Stud," Davis said. "It's a big conversation we are having, and we hope for funding from different sources. It's important to work on all fronts, but the Stud plays more of a symbolic role, as a cautionary tale."

"We've been the ones very much pleading with Matt [Haney] to help us," Drollinger said. "Everyone wishes this was a lot sooner. Every small business is suffering, but entertainment venues have suffered the most because there are not a lot of options. Retail can open, restaurants could open outside. We are suffering the hardest and will be the last to reopen," a timetable Drollinger put at six months to one year.

Drollinger said that the money could be used to pay rent and bills, as well as potentially for staff if they can come back to work in different capacities.

"It's really, really hard because I could bring back some of our staff but then I had to lay them off again just before Christmas," Drollinger said.

Drollinger said that the amount of funding needed could be in the tens of millions of dollars.

"I understand you can't make money appear," Drollinger said. "It depends on if this fund is going to just tackle very small businesses, or all venues. If you include Bill Graham, Bimbos [large venues], then you will need tens of millions. If you are just helping small venues, $10-$15 million would be useful.

"We were all on our own. There were many times when we just had each other, but no relief," Drollinger added.

Castro bars get PPP loans
At least three bars catering to the LGBTQ community in the 94114 ZIP code, which includes the Castro neighborhood, were beneficiaries of federal paycheck protection program loans of $150,000 or more before July 2020, according to a searchable online list from the nonprofit ProPublica.

Natali reported 65 and 21 jobs at each, respectively.

As the B.A.R. previously reported, Natali announced via Facebook in July 2020 that Badlands would be closing and reopening under new ownership post-pandemic. Toad Hall was open during the summer and fall, as COVID-19 restrictions allowed.

Both were also open during the summer and fall as restrictions allowed.

The Castro bar Last Call received a PPP loan but had to repay it, according to a December 31 article in SF Weekly, once owner Kevin Harrington realized a certain percentage had to go toward payroll and several logistical issues prevented reopening in the second half of last year.

Natali, Hi Tops' owner Jesse Woodward, and a representative of TDG Inc. did not respond to requests for comment.

Daytime nightlife in the Castro