Political Notebook: A queer comic to ring out 2020 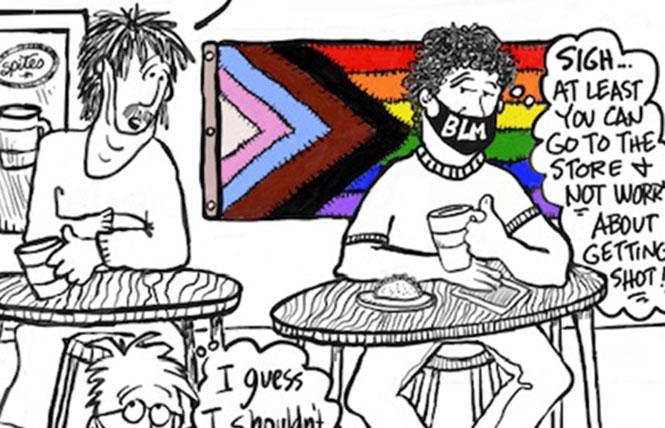 The Political Notebook's end-of-year op-art offering for 2020 is a queer comic to ring out the annus horribilis.

"I've been a cartoonist all my life, going back to childhood," said Ewing.

She drew comics for her school newspaper and later was part of the queer underground comix scene in the 1980s. Drawing inspiration from her own coming out process, Ewing contributed comics to various queer publications and anthologies before making a career change.

"A lot of that energy I was using to do those cartoons went into my nonprofit work," explained Ewing, an employee at the former nonprofit Under One Roof store in San Francisco's Castro district that raised money for AIDS organizations.

She also helped launch the AIDS Memorial Quilt and was board chair of the AIDS Emergency Fund in the mid-1990s. Last year, Ewing joined the board of the National AIDS Memorial Grove in San Francisco, the quilt's new steward.

"My primary motivation was I really believe AIDS is not over and it is important to push for a cure and support for people living with HIV," said Ewing.

She's spent the COVID pandemic alone at home, seeing her girlfriend for safe visits at a nearby coffeehouse. Her submission below recalls her frequent caffeine runs to Spike's when she worked in the Castro. Ewing's cartoon version of herself eavesdrops on other customers' discussion of the year's events.

"2020 was a shitshow all the way around, no getting around it," Ewing said. "At some point you have to kind of laugh at the absurdity of it." 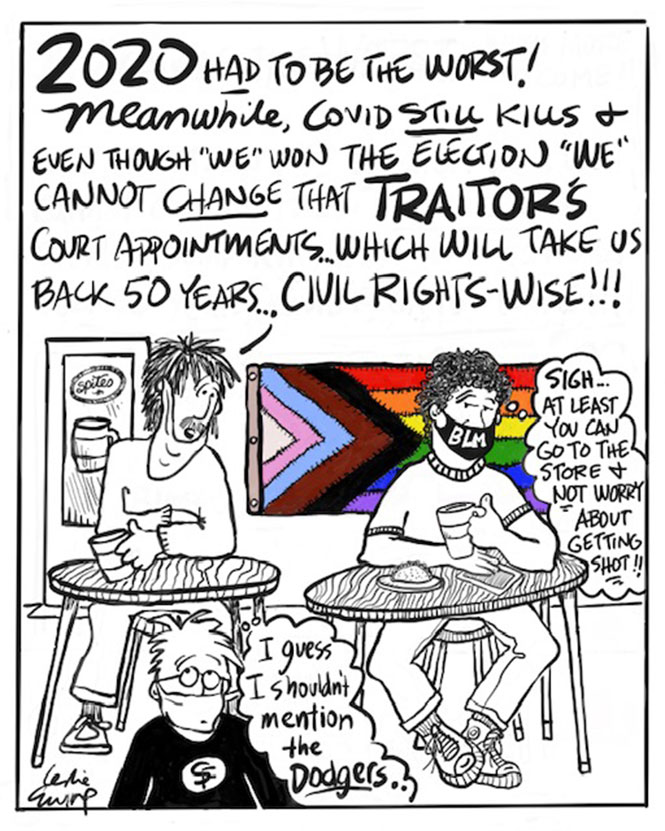 To see more of her comics, visit http://leslieewing.com/