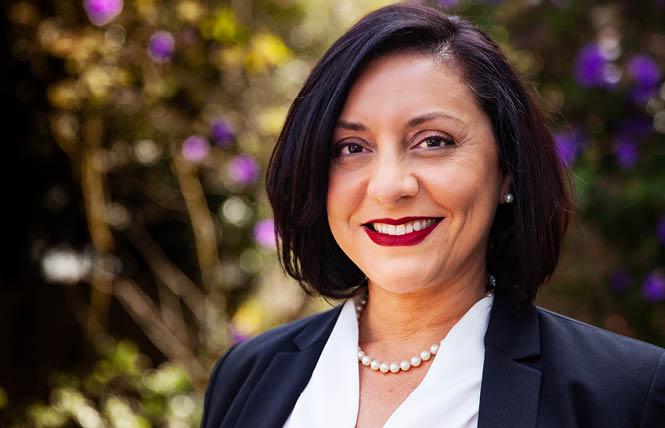 The San Francisco Democratic Party is backing a slate of progressive supervisor candidates as its top choices in the six races for the odd-numbered districts that are on the November ballot.

The endorsements finalized late Wednesday, July 22, are hardly a surprise, as progressives in the March primary swept nearly all of the 24 elected seats on what is known as the Democratic County Central Committee. The DCCC is also made up of nine elected officials at the local, state, and federal level, and the members decide which candidates the local Democratic Party endorses in municipal races.

Candidates covet the party's endorsements since they are featured on its slate cards mailed out to voters and can tap into party resources, such as volunteers to work on their campaigns. Due to the city's ranked-choice voting system, where voters rank their first, second, and third choices in races with multiple candidates, securing the local party's secondary endorsement can also be advantageous for candidates.

Progressives currently hold an overwhelming majority on the 11-member Board of Supervisors and have used their clout as a counterbalance to Mayor London Breed, a moderate and former supervisor. They are looking to maintain their advantage with the outcomes of the November races so they will have greater sway on who is elected the next board president in January when the winners are sworn into office.

District 9 Supervisor Hillary Ronen is assured of winning a second four-year term representing the Mission district as no one has pulled papers to contest her in the fall. She easily secured the endorsement of the DCCC, which she serves on as one of its elected members.

In District 3, Supervisor Aaron Peskin also easily won the party's sole endorsement in his race for a fourth term representing Chinatown and North Beach. Running against Peskin are nonprofit executive Danny Sauter and Spencer Simonsen, a gay man who works for a tech startup.

Another incumbent, District 5 Supervisor Dean Preston, a democratic socialist, also easily secured the party's sole endorsement of his bid for a full four-year term. In November he ousted from office Vallie Brown, who had been appointed by Breed to serve out the remainder of her supervisor term following her election as mayor.

Brown is now running again for the seat that covers the Haight, Fillmore, and Western Addition neighborhoods. Also in the race are longtime community activists Daniel Landry and Nomvula O'Meara.

The lone incumbent not to secure the party's sole endorsement was District 11 Supervisor Ahsha Safai, a moderate seeking a second term representing the city's southeastern neighborhoods. He took the party's Rank 2 endorsement, as DCCC member John Avalos, Safai's predecessor in the seat, secured the Rank 1 endorsement.

Should Avalos return to the board, City Hall watchers will be focused on seeing if he locks heads with Peskin, who endorsed Safai in the race. During the DCCC vote, Avalos opposed having the party endorse Peskin by simple acclimation, forcing a roll call vote, and promptly cast his vote for no endorsement in the D3 race.

Avalos also signaled his displeasure over Peskin's endorsement of his opponent when the party voted on whom to support in the race for the open District 1 seat representing the Richmond district. The incumbent, Supervisor Sandra Lee Fewer, opted not to seek reelection, and the leading progressive candidate aiming to succeed her is Connie Chan, a former Peskin aide who now works for state Assemblyman Kevin Mullin (D-San Mateo).

While Avalos abstained from the endorsement vote, Chan easily secured the party's sole endorsement in the race. Chan's main opponent is moderate Marjan Philhour, a former adviser to Breed who lost to Fewer in 2016. 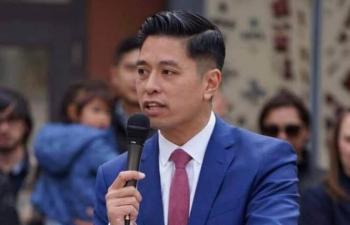 In the other race for an open seat, District 7 west of Twin Peaks where board President Norman Yee is termed out, two progressives split the party's endorsement. Former planning commissioner Myrna Melgar secured the Rank 1 endorsement, while Deputy Public Defender Vilaska Nguyen won the Rank 2 endorsement.

Blocked from receiving the party's Rank 3 endorsement were Joel Engardio, a gay man who twice lost to Yee; former school board member Emily Murase; and tech investor Ben Matranga, who first ran for the seat in 2016.

Tonight (July 23), the Alice B. Toklas LGBT Democratic Club is holding a virtual debate with candidates for District 1 supervisor. Chan and Philhour are expected to participate, as are candidates David Lee and Veronica Shinzato.

All of the debates begin at 6 p.m. and will be broadcast over Zoom. A donation of $25 is suggested to watch all three forums. Registration is required for the Zoom links.