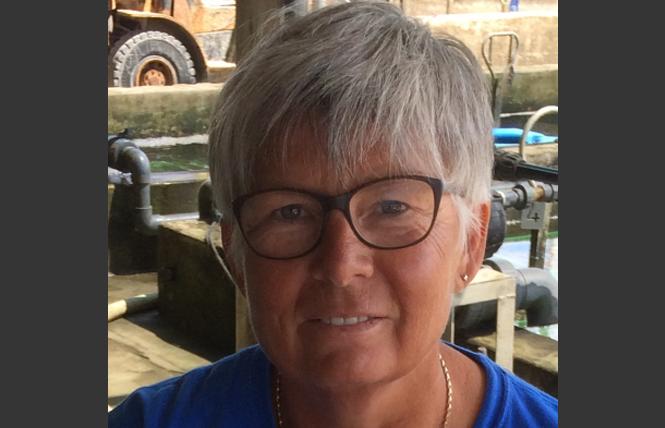 Online registration for the 2019 EuroGames is back up and running after organizers responded to concerns over the event by the licensing organization and reduced their official sports offerings, dropping a few sports disciplines and changing others into non-tournament events.

Other initial offerings did not make the cut.

"Some sports do not meet EuroGames requirements, and will be offered solely as leisure sports: Roma Run, Roma Bike," the European Gay and Lesbian Sports Federation announced on its Facebook page. "Some sports do not have enough registrations, or the possibility of getting the required registrations, so will be removed from official EuroGames offer: rugby, pétanque, basketball."

Registration on the 2019 EuroGames Roma website, http://www.romaeurogames2019.org, was shut down in mid-March when EGLSF asked organizers to respond to their questions and concerns by March 30. In a comment posted this week on the EGLSF website, Sarah Townsend, general secretary of EGLSF, noted that her organization wanted to ensure there would not be a last-minute cancellation such as Miami's 2017 World Outgames, which stranded hundreds of athletes en route to the event and cost them vacation days and travel expenses.

"The precautions we took of closing registration while we did an audit are precisely to avoid what happened in Miami," Townsend wrote. "EGLSF sports specialists — experienced with EuroGames organization — took part in this audit and provided their feedback, which the board acted on. Rome has assured us that the funding and the organization is secure for the sports that are open for registration. Those that we were not comfortable with have been relegated to 'leisure status' or removed from the EuroGames offer."

EGLSF said athletes affected by the changes may apply their fees to other sports or ask for a refund.

Although registration has reopened, as of Tuesday morning the Roma website was still short on a lot of details for athletes. Many sports did not have sanctioning federations listed. FAQ buttons did not work. Some sports were missing contact information. Volleyball was listed as already having 42 teams registered, soccer, 30, and beach volleyball, 12, but no team registrations were listed for water polo.

Past EuroGames have varied considerably in size, from the initial 1992 event in The Hague that drew a reported 300 participants from five countries, to the 2004 Munich and 2008 Barcelona editions, each of which drew more than 5,000 participants.

Rome organizers initially envisioned their 2019 event as a big EuroGames, saying they expected 5,000 athletes. The last host with such ambitious plans was Stockholm in 2015. That event drew a reported 4,465 participants but was an organizational disaster with poor signage, terrible communications, scheduling snafus, and a cacophony of athlete complaints.

Essentially, the 2019 EuroGames have been transformed from a big EuroGames into a small one. At the time registrations were suspended, the event had just 1,419 registrants less than four months before the scheduled start. As of Tuesday morning, that number has crept up to 1,579 with three months to go.

Even with substantial engagement of licensing bodies and heavy involvement by international sports federations, first-time hosts of major multi-sports events can be overwhelmed by the amount of planning, organization, recruiting, coordination, and fundraising involved; without that heavy engagement, it is doomed. If a host's bandwidth is overextended, scheduling disasters such as happened with Stockholm can occur and financial catastrophes, such as the 1999 EuroGames in Manchester, which were canceled; the 2006 World Outgames, in which Montreal lost more than $4 million; and the 2017 World Outgames, in which Miami failed to properly fundraise or organize sports events and canceled just before opening ceremonies deeply in debt. Scaling back expectations to more realistic goals increases the chance that the events that are staged are more successful.

Chick-fil-A, whose foundation donates money to organizations that support anti-LGBT causes, sponsors the Zamboni, which carries the chain's signage.

The team said it has banned the seven protesters from future games and will no longer allow signs to be carried on the machine. Except, you know — the ones the machine itself carries every night.