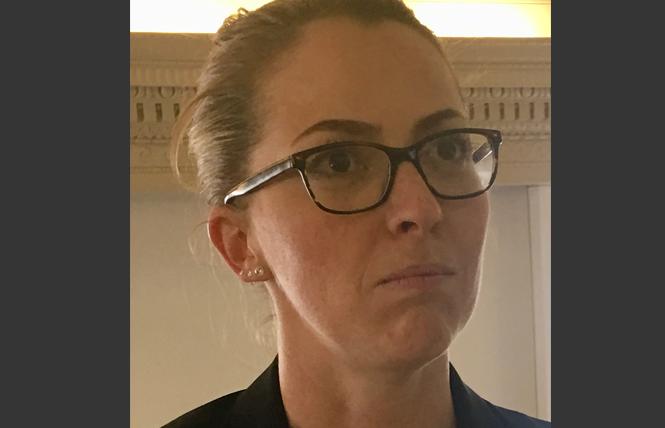 Governor Gavin Newsom has named San Francisco cannabis czar Nicole Elliott as a senior adviser for cannabis in the Governor's Office of Business and Economic Development, an appointment that drew praise from LGBT leaders in the cannabis industry.

Erich Pearson, a gay man who is founder, CEO, and chairman of SPARC, a San Francisco-based dispensary, told the Bay Area Reporter in an email that Elliott "has added tremendous value to San Francisco's cannabis program, and I'm sure she'll do the same in Sacramento. As an operator, her team has been delightful to work with. We wish her all the best in her new endeavors."

SaraMitra Payan, former chair of the San Francisco Legalization Task Force, said in a telephone interview that she was "thrilled" that Elliott was tapped for the new position. Payan, who identifies as queer and is the public education officer at the Apothecarium, predicted that Elliott would do an "excellent job" working with activists and industry representatives and "will do a great job educating the governor" on the most important issues around legalized cannabis.

Elliott's new position, which does not require Senate confirmation, has a salary of $150,000. Elliott's husband, Jason, is director of Executive Branch Affairs for Newsom.

At press time, Elliott could not be reached for comment.