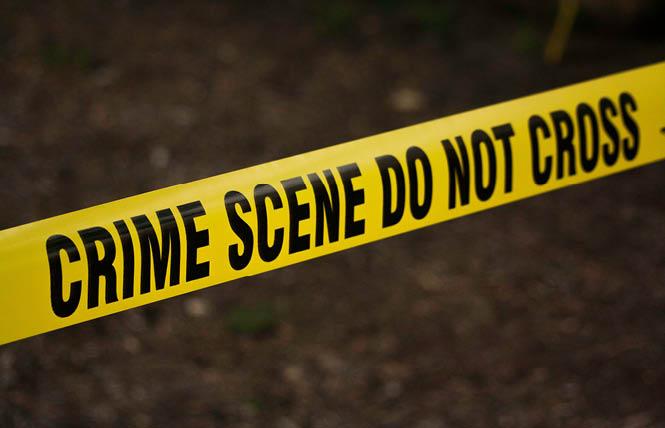 The FBI reported an increase in hate crimes for 2017.

Since President Donald Trump took office, hate crimes have increased by 17 percent nationally in 2017 and 5 percent among LGBT people compared with the previous year, according to the new hate crime statistics report by the Federal Bureau of Investigation.

The nation's law enforcement agencies disclosed November 13 that there were 7,175 bias crimes reported to the Uniform Crime Reporting program last year, as compared to 2016, in which 6,121 people were victims of hate crimes.

The number of law enforcement agencies reporting hate crime data did increase in 2017 from the previous year — with approximately 1,000 additional agencies contributing information, according to a news release by the FBI.

"However, of incidents reported that were motivated by gender identity bias, 106 targeted transgender people, representing a 1 percent increase from 2016," HRC stated in its release. "The overall decrease in reported hate crimes motivated by gender identity bias in 2017 is largely due to a 31 percent decrease in incidents targeting gender-nonconforming people."

LGBT advocates were critical of the Trump administration.

"One thing I can say is that hate crime statistics are challenging. So few hate crimes are reported to the police and the definition of a hate crime is based on an ever diminishing set of criteria," Rebecca Rolfe, executive director of the San Francisco LGBT Community Center, told the Bay Area Reporter. "From the FBI reporting, it is difficult to understand what is happening in our community. From what we know, hate crimes are increasing. That's from what people are sharing about their own experiences."

National advocates were not surprised by the numbers.

"These numbers are disappointing, but not surprising. The Trump administration's divisive rhetoric and discriminatory policies fuel the flames of bigotry and acts of hatred throughout our country. The FBI's hate crimes report is merely the thermometer — telling us that the temperature of hate and intolerance in America is spiking to sweltering levels. Sadly, we can trace the source of this heat directly back to 1600 Pennsylvania Avenue," Vanita Gupta, president and CEO of the Leadership Conference on Civil and Human Rights, said in a news release.

"Hate has no place anywhere in our country. Most alarming, this report captures only a fraction of the problem. The federal government must improve their hate crime data collection to accurately represent this country's epidemic of hate," Gupta added.

Rolfe attributed the increase to "permission" from leaders such as Trump.

"The rise in hate-based language and the permission coming from our national leaders around hate violence and hateful speech that leads to hateful conduct," she said.

Hate crimes relating to someone's race, ethnicity, or ancestry are still the most common, with the highest number of individuals in this category both in 2016 and 2017 (59.6 percent). This category saw an increase of 15.54 percent from 2016 to 2017 with anti-Arab increasing by 50 percent and anti-Native Hawaiian or other Pacific Islander motivated hate crimes increasing by 43.75 percent. A 38.64 percent increase was shown in anti-American Indian hate crimes and anti-Asian hate crimes increased by 13.74 percent. Crimes motivated by anti-Hispanic and Latino bias increased by 19.43 percent.

"America's elected president has mocked the disabled, called Mexicans rapists and murderers, executed a Muslim travel ban, issued disparaging remarks about women and African-Americans, and is working to roll back protections for members of our transgender community," Gascón said in a news release. "The country's increase in hate crimes should be a surprise to no one, but it should be alarming to all. We look to our elected leaders to set an example. They're on television and in the news, and our children perceive them as role models. The President's campaign of fear has emboldened hate and a growing white nationalist movement that is responsible for far more domestic attacks than any international terror group."

Rolfe mentioned some things that could mitigate hate crimes.

"Awareness of the fact that hate language is happening and even here in the Bay Area, which has previously been seen as a safe space from hate violence," she said. "The most extreme levels of violence, occurrence at a higher frequency, and starting at a younger age is most prevalent in transgender, low-income, women, people of color, and people who have been homeless."

As previously reported by the B.A.R., hate crimes in San Francisco and California rose for the third year in a row, according to annual reports released by state Attorney General Xavier Becerra in July. The reports show that hate crime incidents in San Francisco rose by 30.5 percent and increased by 17.4 percent in the state.

The statistics alarmed many local and statewide LGBT officials, some of whom blamed the exclusionary, anti-immigration and anti-minority rhetoric coming from Trump and his administration.

In San Francisco, Sneh Rao, a gay man who's director of policy for the San Francisco Human Rights Commission, previously spoke to the B.A.R. about how the White House's rhetoric is impacting communities across the nation.