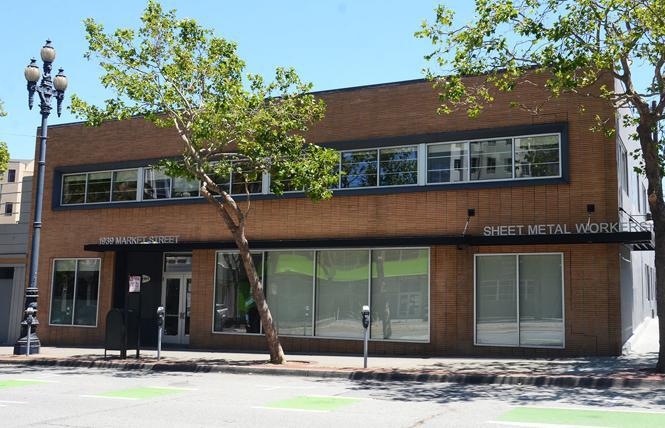 A new development set to bring 130-plus units of affordable housing aimed at LGBTQ seniors in San Francisco is eyeing an opening date as soon as 2026. In the meantime, several other housing projects in Southern California are opening for LGBTQ seniors.

Affordable housing developer Mercy Housing and Openhouse, a nonprofit provider of LGBTQ senior services in San Francisco, are developing their third building of affordable housing aimed at LGBTQ seniors at 1939 Market Street. The city acquired the triangular 7,840 square foot lot at Market and Duboce Avenue not far from the LGBTQ-affirming senior housing on Laguna Street overseen by Mercy and Openhouse.

As the Bay Area Reporter previously reported, construction on the project could begin as soon as 2023. Mercy expects to select an architect by the end of 2021 and a general contractor around January for the project, currently slated to have 133 homes for low-income seniors and seniors exiting homelessness.

During a recent virtual seminar that Openhouse hosted, the agency's executive director indicated the building could see its first tenants move in sometime in 2026 at the earliest.

"If we are lucky," said Kathleen Sullivan, who joined the agency this summer, "it is going to take, minimum, five years to develop that housing and probably more like seven years."

Such projects often take a decade "to come to fruition," Sullivan cautioned, adding, "some people say it is a marathon; I say it is an ultra-marathon." 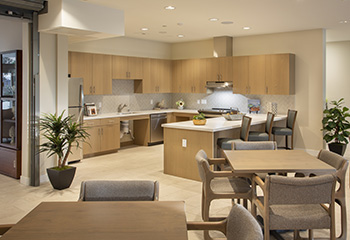 That was the case with the opening this week of the Los Angeles LGBT Center's 98-unit Ariadne Getty Foundation Senior Housing. The 70,000 square foot building at 1127 North Las Palmas Avenue in Hollywood has 98 affordable units for seniors ages 62 and above. Sullivan had worked on the project, part of a campus that also has housing for LGBTQ youth, when she was the center's director of senior services in the 2010s.

"This is probably the most important home I've ever had," stated resident Lisa Chilton in a news release about the opening of the building. "For 10 years, whether it was renting a room or sleeping on various sofas, I had been in many other people's space, trying to stay small, and following their schedules. My new home is my sanctuary. It is safety. It is my place of peace."

Built in partnership with affordable housing developer Thomas Safran & Associates, the center noted the new building "represents the culmination of years of planning and diligence to build an intergenerational campus bringing together LGBTQ youth, seniors, and housing in a unified setting."

Getty, whose two children are both gay, noted in a statement that the COVID-19 pandemic had exacerbated myriad issues confronting LGBTQ seniors who were already facing disproportionate rates of homelessness prior to the health crisis.

"Unfortunately, the pandemic deepened disparities, making the Ariadne Getty Foundation Senior Housing an urgent need not only for the Los Angeles community but as an example and inspiration for communities nationwide," she stated.

At the other end of the housing spectrum, Los Angeles-based real estate development company KOAR International LLC broke ground November 5 on 122 luxury apartments in the LGBTQ retirement mecca of Palm Springs. Dubbed Living Out Palm Springs, the resort project will be marketed to LGBTQ+ community members and their allies aged 55 and older.

A site map of the project on its website at https://livingout.com/residences/ shows the Y-shaped building surrounded by landscaped outdoor areas featuring spas, a pool, dog play area, and tennis courts. The one to two bedroom units will range in size from 1,100 square feet to 1,700 square feet, with each having either a balcony or patio space.

It is the company's inaugural retirement community, which it plans to replicate in cities across the country. Tenants are expected to begin moving into their units in late 2023.

"Knowing that too many LGBTQ+ seniors live in unsafe or even openly hostile environments, we wanted to address this issue that is near and dear to us by creating a safe and beautiful community for those 55 and over. The Living Out development will be the first of its kind in the Southern California area," said KOAR co-owner Loren S. Ostrow, who serves on the L.A. center's board.