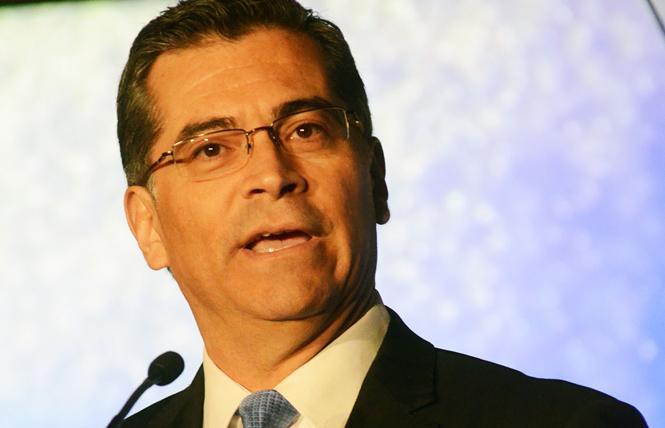 The California Department of Justice will be joined by attorneys from San Francisco, Santa Clara County and civil rights groups early Wednesday, October 30, in federal district court as they challenge the Trump administration over its so-called health care refusal rule.

California, San Francisco, and Santa Clara County sued the federal government in June to prevent the Department of Health and Human Services from allowing any individual, entity, or health provider to refuse to provide care if they find religious or moral objections to providing it.

HHS moved the implementation of the rule back to November 22, and the plaintiffs are back in court this time seeking summary judgment — or, a court ruling by a judge without a whole trial.

"It gives people a right to refuse essential care to Americans," California Attorney General Xavier Becerra said on a conference call with reporters Tuesday afternoon. "Your ambulance driver could refuse to give that emergency care in your time of critical need."

The "refusal rule" has special implications for the LGBT community — pharmacists could theoretically refuse to fill PrEP and PEP prescriptions if they find homosexuality to be against their personal beliefs.

"This refusal rule affects every form of care," Becerra said. "It's not just the pharmacist who could deny you care; it could be the shelf-stocker at the pharmacy who has to look for that medicine who says 'I don't want to give it to you."

"It's as insidious as you can think," he added.

Transgender people already face challenges in access to health care, considering not only their increased risk of homelessness and unemployment but also health plans that specifically excluse them from coverage.
Conservative, anti-LGBT, and anti-abortion organizations have been advocating for something like the refusal rule since the Catholic Church said it would refuse to comply with an Obama-era HHS mandate that would have, as initially proposed, forced its hospitals to carry and cover contraceptives.

The refusal rule, which was initially announced by the Trump administration May 2, cites a 2016 federal ruling in which the 6th U.S. Circuit Court of Appeals ruled that a Catholic hospital did not have to provide an abortion to a woman who was suffering a painful miscarriage that eventually caused a bacterial infection.

Joining the state and local government lawyers in court on Wednesday will be lawyers from Americans United for Separation of Church and State, the Center for Reproductive Rights, Lambda Legal Defense and Education Fund, and the firm Mayer Brown.

Fifteen minutes before the arguments begin at 8 a.m., health care workers and union allies from Service Employees International Union Local 1021 will be "symbolically chaining themselves to the courthouse walls with a string of paper hearts," according to a news release, in order to signify the care they have for their patients.

Becerra said that the refusal rule violates a number of federal and state laws, including the Affordable Care Act and the establishment clause of the First Amendment to the U.S. Constitution.

"We're not interested in backsliding," he said. "There's no place for discrimination anywhere in the medical field. This is 2019, not 1920.

"We're looking forward to a day in court tomorrow."