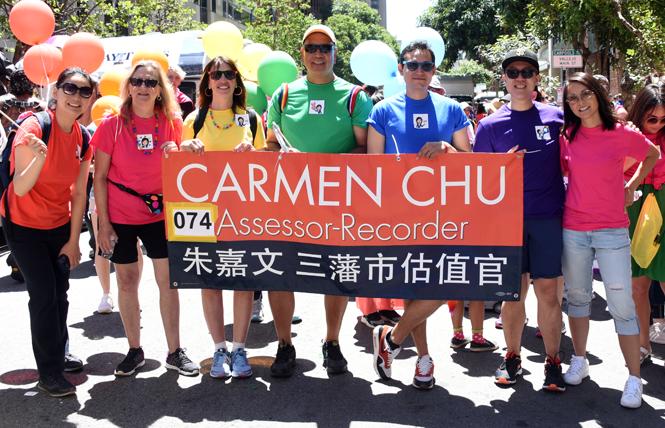 Earlier this year, I partnered with assessors across the state to draft and introduce Assembly Bill 2663. AB 2663, by Democratic Assemblywoman Laura Friedman of Burbank and gay Assemblyman Evan Low of Campbell, ensures that local registered domestic partners who did not have the option to marry can share the same property tax benefits available to married couples.

Under state law, a property's taxable value is first set to market value when there is a new owner - in other words, when you buy your home. That taxable value cannot grow by more than 2 percent every year even if the value of your home skyrockets. (This is due to Proposition 13.) Over time this cap creates a tax benefit for those who've owned their homes for a long time.

In general, the lower tax benefit carries on to surviving spouses when their partners pass away. The state tried to make this benefit available to same-sex couples initially by extending the benefit to registered domestic partners with the state of California.

Unfortunately, many couples inadvertently registered as domestic partners with their local counties rather than with the state, unaware that their unions would not be recognized the same way for this benefit.

AB 2663 fixes this by ensuring locally registered domestic partners qualify. This means that same-sex couples who were historically denied the right to marry will be treated equally under property tax laws.

Prop 13 is a law passed by California voters in 1978 to cap yearly assessment increase at 2 percent, or the inflation rate of the California Consumer Price Index, whichever is less. In other words, as time goes on, a property's assessed value is typically below its market value.

Now, AB 2663 needs your help. Email the assessor's office at Carmen.Chu@sfgov.org to add your name in support. The proposal is scheduled to be heard before the State Senate Policy Committee August 8.

AB 2663 is endorsed by Equality California, and the California Assessors' Association, and passed in the state Assembly with bipartisan support in May. Los Angeles Assessor Jeffrey Prang, a gay man, co-authored AB 2663.

Carmen Chu is the elected assessor-recorder for San Francisco. Her office brings in $2.7 billion in annual revenues to fund public education and services. In 2013, Chu kept her office open through the first weekend same-sex marriages were able to resume in California and became the only county to do so in the entire state. Close to 500 couples married that weekend.