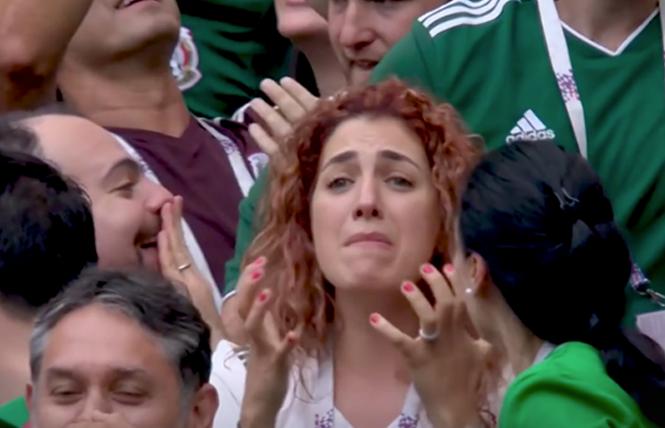 The little story is that the international governing body for soccer has decided that the Mexico national men's team must play two home games without its fans in the stands because those spectators appear incapable of watching a match without screaming homophobic slurs at the opposing goalkeeper.

The bigger story is why it has taken so long for FIFA to act.

Ostensibly the trigger for FIFA's glacially quick action was fan behavior three months ago when Mexico played a couple of matches against the United States and the Dominican Republic in Guadalajara. The spectators, as is their wont, repeatedly badgered the opposing goalkeeper with taunts of "puto," a derogatory slang term referring to male prostitutes and carrying the connotation of weakness.

"The FIFA Disciplinary Committee has sanctioned the Mexican Federation with a fine of 60,000 Swiss francs (about $66,000 USD) and the condition that they play their next two official home games behind closed doors as a consequence of the anti-gay chants heard in the matches," FIFA announced Friday, June 18. "Additionally, the committee has opened a second disciplinary dossier in relation to the anti-gay chants heard from Mexican fans in a friendly played against Iceland in Arlington, Texas on May 29."

Two years ago FIFA announced revised disciplinary codes it said would help it more effectively counter the homophobic, sexist, and racist behavior and speech that inundated it. FIFA rules empowered game officials to suspend play if homophobic chants occurred, send the players off to the locker rooms if the behavior persisted, and forfeit the game if the behavior did not cease.

At the time of the rules revision, I wrote in my sports column, "Match officials have long had the power to suspend play or halt a match if the crowd is spewing homophobic venom. None has ever done so. Is it even realistic or desirable to expect them to do so?"

Apparently not. The officials did not stop play in the matches with the Dominican Republic and the United States, as the policy would have indicated. They did not shut down the friendly with Iceland last month. They did shut down play for a few minutes in matches this month against Costa Rica and the United States, but only after a barrage of other misbehavior, including objects thrown on the field and at players.

FIFA restated it would not tolerate future discriminatory fan behavior, and Mexican soccer officials urged spectators to stop the chants because of the possible consequences and ramifications that could be triggered.

"I want to call on our fans to reflect on what these attitudes create for us," Mexico manager Gerardo "Tata" Martino said. "It pulls our team away from its fans. It means we play in empty stadiums and even that we could miss out on an international competition. We're very worried. We're worried about what's coming, about the sanctions that could possibly be next, and because we don't want to be pulled away from our fans. Any national team that wants to accomplish important things depends on its players and its fans."

What about the consequences and ramifications of the homophobic slurs themselves, shouted out passionately in a unified roar with no countercry to rebut and refute? What about the tacit endorsement of bullying, or the triggering of suicidal thoughts? What about what those hostile attitudes create for the individuals they debase? 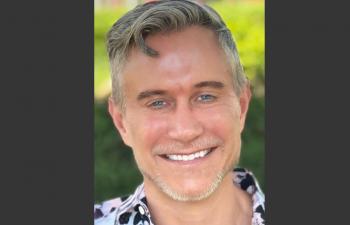 "The Mexican Federation should also acknowledge that beyond the obvious ramifications imposed on the Mexican soccer team, is the damaging impact that hearing such slurs has on members of the LGBTQ+ community, as well as those who are in situations that are unsafe to express their authentic self, particularly youth," said Micah Porter, education coordinator for the Sports Equality Foundation. "Publicly condemning such slurs and language, for reasons beyond the scoreboard, would be a significant step forward to ending such hateful language in sport."

In our late pandemic times, playing without fans in the stands may not seem like such a big deal. (Here's a thought: just as arenas filled seats with cardboard cutouts of people during the pandemic to represent missing fans, Mexico could fill the seats with cutouts of contestants from "RuPaul's Drag Race.") But in its campaign to project an image of being concerned about eradicating racism from its ranks, soccer's previous obligatory remarks on sexism and homophobia have had their messages muffled like a COVID cough into the crook of an elbow.

These sanctions, belated though they may be, could be a turning point. And if FIFA's sanctions actually get the attention of those who are inundating arenas with their homophobic slurs, may be it will get those fans thinking and talking about the consequences of their actions.

That is a hope expressed by the San Francisco Spikes in a reaction statement made to the Bay Area Reporter.

"The Spikes mission statement is more relevant now in 2021 than ever," the organization stated. "The Spikes serves as a vehicle and resource for folks at the intersection of soccer in the LGBTQIA+ community. While we do not normally comment on world football issues, we are a part of the world football family and follow the news of the day. FIFA's is an opportunity to create dialogue for LGBTQIA+ inclusion within sport. As part of the global football community, we aim to encourage and inspire conversations surrounding language, unity and hope when it comes to the LGBTQIA+ community within sport."

For information about the San Francisco Spikes, visit https://www.sfspikes.com/