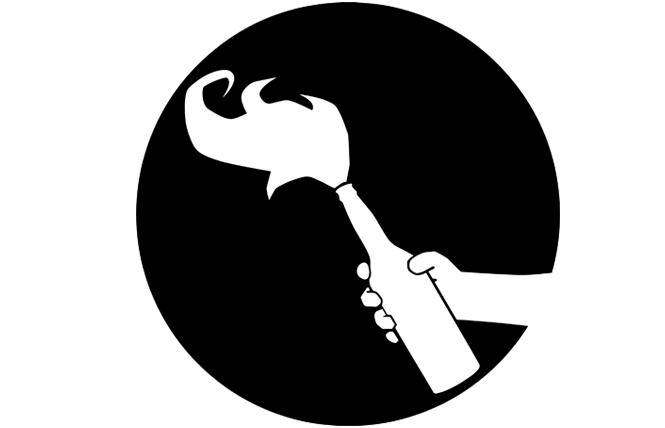 When we celebrate Pride, we are commemorating the anniversary of the Stonewall rebellion, a seminal moment in LGBTQ history. The Stonewall Inn was, at the time, a bar owned by the Genovese crime family in New York City. It lacked fire exits, running water behind the bar, and a liquor license. Indeed, it only remained open thanks to regular payoffs offered to the New York City Police Department.

On June 28, 1969, four plainclothes and two uniformed officers entered the Stonewall Inn, squaring off with some 200 or so patrons in the bar. The raid soon turned sour, with some customers refusing to go with officers, and others withholding their identification. Onlookers came to the bar as patrons and employees were shuffled into police wagons.

Tensions were high when a butch lesbian, believed by most to be Stormé DeLarverie, was struck by an officer after complaining about her handcuffs being too tight. DeLarverie shouted at the increasingly raucous crowd, "Why don't you guys do something?" The crowd got hotter, and the riot took hold.

Also present during the riot was Marsha P. Johnson, who has been credited with throwing the first brick of the night. Johnson, by her own admission, did not show up at the Stonewall Inn until about 2 a.m., some 40 minutes after DeLarverie was struck with an NYPD billy club, but many who were there claim that Johnson was part of the vanguard, pushing back at police on the first night of the rebellion. It was Johnson who went uptown to get her friend, Sylvia Rivera.

By 1973, both Johnson and Rivera were banned from New York City's growing Gay Pride parade. Organizers had begun to feel uncomfortable with drag in the parade, feeling it was giving the movement a bad name.

I should note that, at this time, the term "drag" was more akin to how we might use "trans" today, a broader umbrella term inclusive of a number of cross-gender identities and expressions, rather than just being used to describe a subset of people as it is now.

Indeed, the parades of the early 1970s, fresh from the days of the Stonewall rebellion and seeing rights for lesbian and gay people gaining traction, started to clean up their act. All trans identities were shunned from Pride, as were a lot of visible kink representations. Bisexual activists, too, got the cold shoulder. The focus was to show that the community was, at heart, "just like" the straight world.

DeLarverie died in 2014, after a long life serving as a bouncer at many New York City bars. At the time, she was suffering from dementia and living in a nursing home in Brooklyn.

Johnson died in 1992, shortly after that year's Pride. She had a dispute with a group of people, and her body was later found floating in the Hudson River. The NYPD initially ruled her death a suicide, even reportedly ignoring evidence to the contrary. The case was reopened in 2012.

Like Johnson, Rivera often faced life on the street, and much of her work post-Stonewall revolved around helping food and shelter those in need. In the five years prior to her death in 2002, Rivera resurrected STAR, fighting for trans rights in New York and beyond.

Finally, Pride has gone from a commemoration of a raid on a mob-controlled bar where the police beat the patrons and the community finally had enough and fought back to a safe, family-friendly venue for corporations to promote their brands on rainbow-festooned floats.

This year, as with the last few, provocateurs from websites such as 4Chan have sought to stoke the flames, pushing disingenuous calls to avoid kink at Pride. Likewise, religious right-backed puppet groups such as LGB Alliance, which is based in Great Britain, have pressed for trans people to be removed from the larger movement, just like it is 1973 all over again.

Additionally, we fight over the inclusion of police contingents at Pride. New York City's pride organization barred uniformed officers, only to overturn the policy, then overturn the overturn. In large part, this year's ban was driven by the NYPD's handling of LGBTQ protests at the previous event, but I would contend that if there's one group that should be a polarizing and unwelcome part of Pride festivities, it should be uniformed police officers. (The San Francisco LGBT Pride Celebration Committee announced last year that the SF Pride Alliance of the San Francisco Police Department would be banned from participating in the Pride parade in uniform. However, there is no Pride parade this year. SF Pride officials' September 2020 statement did not mention other law enforcement agencies or whether police officers could march in street clothes.)

Pride, at its heart, is a commemoration of a riot, a time when we should feel welcome to get together and be ourselves at full volume. While I do grasp that these big affairs cost a lot of money to produce, we are not present to celebrate the Bank of America or Bud Light — but ourselves.

Yet Pride seems destined to become a quaint, family-friendly affair that bears no resemblance to what it was, paving the way for the next DeLarverie, Johnson, Rivera, and hundreds of others that will need to fight for their rights.

The Pride event of today feels increasingly like any other street party that is being slowly homogenized into American culture, the same way Cinco de Mayo and St. Patrick's Day have become days to wear festive attire and drink alcohol. And while 4Chan and others may be driving specious moves to "clean up" Pride, that they gain any traction should give us pause.

Pride, as an event, should be challenging. It should push back against the status quo, not embrace it.

Gwen Smith doesn't so much care who threw the first brick, as long as it was thrown. You'll find her at www.gwensmith.com