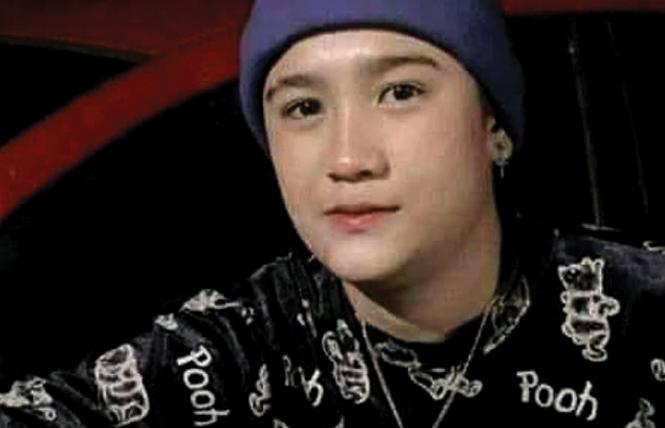 Ebeng Mayor, a trans man and internet personality, was killed in the Philippines May 20. Photo: Courtesy Facebook

The Filipino Commission on Human Rights and the national police vowed justice for the killing earlier this month of online personality Ebeng Mayor, a transgender man.

Commission on Human Rights spokeswoman Jacqueline de Guia condemned Mayor's killing and announced the commission would conduct an independent investigation into his death.

"Such an atrocious act epitomizes the reality of members of the LGBTQIA+ community, who face higher rates of hate-motivated violence, which can often take the form of sexual violence," de Guia told Philstar Global.

The Transman Equality and Awareness Movement-Philippines expressed outrage in a social media post May 21, reported Inquirer.net.

"The trans masculine community is vulnerable to sexual violence in the Philippines, a country that condones rape culture and victim blaming and a president with a penchant for making rape jokes and derogatory remarks," the group stated.

De Guia said in the commission's May 22 statement, "We shall be conducting an independent investigation and shall work closely with the authorities in pursuing justice for Ebeng and their family."

The killing
According to reports, Mayor told his mother and sister that he was going out drinking with friends May 20, the night he was allegedly raped and killed.

Investigators questioned Zander Dela Cruz, who allegedly admitted to killing and raping Mayor, along with two other suspects, Richard Elvin Araza and Joel Loyola, whom he turned in to authorities May 21, according to reports.

Dela Cruz told investigators he knocked Mayor unconscious with a stone on the head. The suspects then took turns raping him, reported Inquirer.net. They then robbed Mayor and dumped his body at a vacant lot in the Bagong Silangan neighborhood of Caloocan, Manila, where his body was found.

Araza and Loyola, residents of Barangay Payatas, were then taken into custody.

The three suspects are being detained at the Quezon City police's Criminal Investigation and Detection Unit at Camp Karingal, reported Inquirer.net.

An autopsy is being conducted.

De Guia stated Mayor's death appeared to be a hate crime and stressed the need to pass the Sexual Orientation and Gender Identity (SOGIE from Tagalog) Equality bill.

De Guia reaffirmed that the commission has been "relentless in pushing for the enactment of the SOGIE Equality Bill to provide legal mechanisms to hold to account perpetrators of gender-based discrimination."

The bill has languished in Congress as lawmakers debate if it will lead to same-sex marriage or not, reported Inquirer.net.

Currently, another anti-discrimination bill, authored by Senator Risa Hontiveros, is in the Senate and has passed the panel, the newspaper reported.

The bill was derived from the SOGIE principles.

The suspects, ages 14 and 16, were arrested. While they have since been released from detainment, they will have to perform 20 and 40 hours of community service respectively, a youth court in Oudenaarde ruled, according to Pink News.

The two teens allegedly assaulted a classmate at GO Athenaeum school in Oudenaarde who was celebrating International Day Against Homophobia, Biphobia, and Transphobia last week.

The attack and another anti-gay incident involving a rainbow flag were captured on video and uploaded to Instagram allegedly by one of the suspected teens the same day.

The two teens allegedly took the rainbow flag flying in front of the court building in the Flemish Ardennes, defaced the flag, and threw it into the river Scheldt while hurling insulting remarks against the LGBTQ community.

They later bragged about the incidents online and the videos began to go viral.

The school's general manager, Ciska Philips, angered by the incident, told the Latin Times, "Respect and equality are our core values, with us there is no place for LGBT and transgender hatred. Unfortunately, this incident proves that it remains necessary to commit to respecting equality and tolerance. "

Recently, three teenagers were arrested for brutally stabbing, beating, and murdering a gay man they lured to meet them through a gay dating app, reported Out magazine.

Out in the World: Judge denies bail for 21 Ghanaian LGBTQ activists
Sign up!