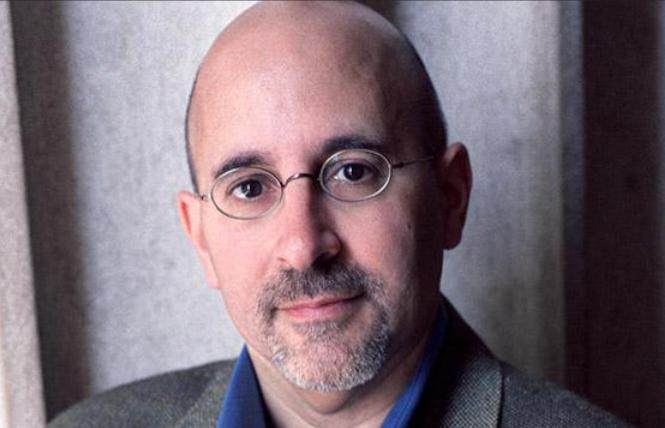 Evan Wolfson of Freedom to Marry Global, which recently celebrated the 20th anniversary of the first same-sex marriages in the world in the Netherlands. Photo: Jeff Sheng/Freedom to Marry

Two decades ago, four same-sex couples said, "I do," in Amsterdam's city hall.

It was the beginning of the marriage equality movement as the Netherlands became the first country in the world to usher in same-sex marriage April 1, 2001. Since then, more than 18,000 same-sex marriages have been performed in the country.

"The freedom to marry has brought joy, security, inclusion, and dignity to loving and committed couples and millions of families. At the same time, the marriage conversation has also been an engine of transformation helping open hearts and minds and propelling further advances for the human rights, acceptance, and love of gay and transgender people," Evan Wolfson, who founded and led the successful Freedom to Marry campaign, said in an April 1 statement from the new organization celebrating the 20th anniversary.

Yet, there are still many countries that don't allow same-sex marriage.

"The progress has been great, no doubt. But we have a long road ahead," Jessica Stern, executive director of the global LGBTQ-rights group OutRight Action International, told the Guardian.

Next up are the cases in Bermuda and the Cayman Islands, as well as Switzerland.

Switzerland's parliament approved same-sex marriage in December. It has not gone into effect yet. Opponents are racing to put a referendum on the ballot to overturn the government's decision, reported the Guardian.

Freedom to Marry Global reported that some same-sex marriage bills are lagging in courts and legislatures, such as the Czech Republic and Panama, while other countries are reconsidering the issue. Still others, such as Guatemala, are working to ban marriage equality.

The Inter-American Commission on Human Rights mandated the Panamanian government to act on legalizing same-sex marriage in 2020.

Chile is considering marriage equality in its courts and legislature.

Cuba is revisiting same-sex marriage. The government announced the legislature will vote on a bill later this year.

"Where we have won the freedom to marry, people have seen with their own eyes that it's good for families, for the economy, and for society — and support grows," Cameron Tolle, former director of digital action for Freedom to Marry, stated in the release.

Got international LGBTQ news tips? Call or send them to Heather Cassell at WhatsApp/Signal: 415-517-7239, Skype: heather.cassell, or oitwnews@gmail.com

Out in the World: Caribbean LGBTQ rights are at a pivotal moment, advocates say
Sign up!