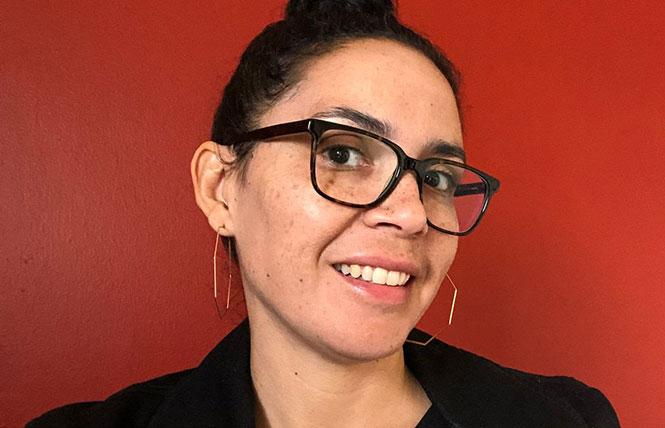 Frameline, which produces the LGBTQ film festival in San Francisco, has announced that after an extensive search, it has hired a queer Black woman as its director of programming.

In the role, Madsen, 41, will oversee the curatorial vision and execution of Frameline's signature International LGBTQ+ Film Festival, which celebrates its 45th anniversary this year. She will also direct the implementation and programming of all non-festival programs and projects.

"I am thrilled to welcome Allegra Madsen as our new director of programming," Frameline Executive Director James Woolley stated. "She arrives at Frameline with extensive experience in arts and film programming, and has recently been curating one of the most-loved venues in the Bay Area."

Previously, Madsen programmed the PROXY Outdoor Film Festival and, while at the Bayview Opera House, created the Black Light Cinema screening series in Bayview-Hunters Point with the goal of providing a platform for the voice of San Francisco's last Black community, the release stated.

Woolley said that Madsen's vision and her passion for the audience experience "makes her the perfect person to take Frameline's programming to new heights."

"We look forward to making the 2021 festival bigger and brighter than ever," he stated.
Madsen said she's looking forward to getting to work.

"I am honored and excited to be a part of Frameline, whose mission I am deeply invested in, to celebrate queer cinema and to be a part of an organization that aims to shape the world through storytelling and shared experiences," she stated.

Frameline board President Nadir Joshua stated that Madsen has "passion and enthusiasm for ensuring inclusivity and accessibility," which will be an asset to the organization and its supporters.

Madsen lives in the Bay Area with her wife and two kids. She declined to disclose her salary. Frameline's annual budget is about $2 million; its 2019 IRS Form 990, available on its website, only detailed salary information for Woolley and the previous executive director. 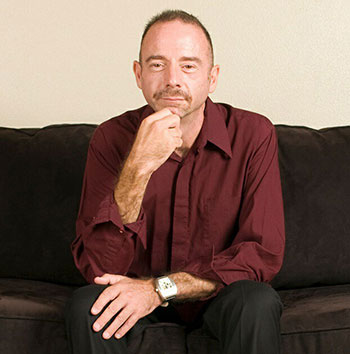 Brown was an American considered to be the first person cured of HIV/AIDS. He was diagnosed with HIV while studying in Germany in 1995, and later developed acute myeloid leukemia. He underwent two stem cell transplantations and discontinued antiretroviral therapy. By the end of 2007, it appeared that the treatment worked — both for his viral infection and for his cancer.

Brown, a former San Francisco resident, was dubbed the Berlin Patient at the 2008 Conference on Retroviruses and Opportunistic Infections, where his cure was first announced. Afterward, he dedicated his life to supporting research to find a cure for HIV.

Sadly, Brown's leukemia returned, and he died September 29, 2020 in Palm Springs, where he had been living.

According to a news release, the goal is to establish memorials in San Francisco and Palm Springs. In the city, that would consist of a boulder with an inscription in the National AIDS Memorial Grove; in Palm Springs, plans call for a memorial bench and plaque in Wellness Park adjacent to the Desert Regional Medical Center.

"Timothy Ray Brown is truly a hero and to have his name engraved upon a boulder in the memorial grove will ensure future generations will know how in life he touched so many," stated John Cunningham, executive director of the AIDS grove.

The organizations are collaborating with Tim Hoeffgen, Brown's life partner, in their effort. In the release, Hoeffgen said he was happy "the HIV community and family and friends are supporting to help memorialize Timothy Brown's activism and legacy..."

A special donation website has been created for contributions, with 100% of the tax-deductible funds raised directly supporting the memorials.

San Mateo Pride Center celebrates Black History Month
The San Mateo County Pride Center will hold its Black History Month intergenerational virtual dinner Thursday, February 25, from 6 to 7:30 p.m. During this event, participants will celebrate the theme "We Are Because They Do" and learn about the important and significant contributions Black LGBTQ+ figures have made in history and culture. Interested people should RSVP at https://tinyurl.com/BlackHistoryDinner