Out in the Bay: SF's gay supervisor on saving queer culture, housing, and COVID recovery 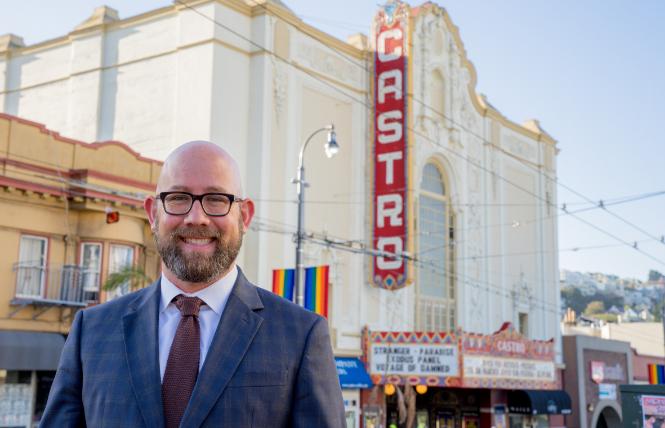 San Francisco Supervisor Rafael Mandelman says his passion for politics goes back to age 5, and his passion for providing mental health services to combat homelessness stems from his mother "spiraling into mental illness" some years later.

Though he grew up in gay-friendly San Francisco from age 11 — when he moved north to live with his grandmother — he "had to leave San Francisco to come out" while a sophomore at Yale, which he called "the gayest of the Ivies." (Mandelman said a motto that emerged at Yale following a 1980s Wall Street Journal article on the high number of lesbian and gay students there was: "One in four, maybe more.")

On this week's Out in the Bay, Mandelman shares more about his life, about efforts to preserve queer culture in San Francisco's Castro district and throughout the city, and about affordable housing, mental health, homelessness and economic recovery from COVID.

On COVID, he predicted the city will endure more pain as businesses continue to fail. A "silver lining" he sees is that after some 100,000 residents left San Francisco in 2020, rents may have fallen enough that artists, creators, small businesses, and a generally more diverse population will be able to afford San Francisco again.

San Francisco rents had become notoriously expensive long before COVID hit early last year. "District 8 had some of the highest rates of gentrification, displacement, and evictions," Mandelman said, "right behind District 9, which includes the Mission" and a growing number of vacant storefronts.

On homelessness, "San Francisco needs to be bold," he said. "A wealthy city like ours [must] make a commitment to not have people needing to find shelter in public spaces."

He called on Sacramento and Washington to help support mental health solutions: "If the federal and state governments were to really invest in community-based treatment, case management and alternatives to incarceration," he said, it would "radically transform people's experiences."

In a lighter moment, he said among the many proposals in San Francisco's "years-in-the-making" LGBTQ Cultural Heritage Strategy is the yearly appointment of a "San Francisco drag laureate" to "spread the gospel of drag" and help revive tourism.

Hear more from Mandelman on this week's Out in the Bay - Queer Radio from San Francisco. The program re-airs 9:30 a.m. Saturday, February 6, on KSFP, 102.5 FM in SF only, and is available anytime, anywhere on Out in the Bay's website. Out in the Bay also airs at 10 p.m. Tuesdays on KALW, 91.7 FM throughout the Bay Area.