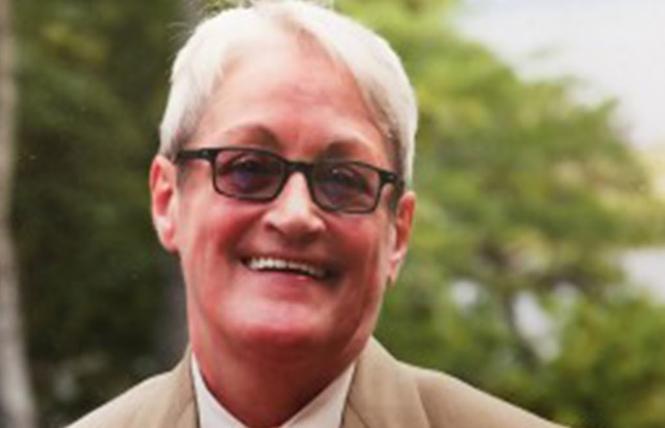 Carmen Vázquez, the founding director of the Women's Building in San Francisco and a longtime activist for the LGBTQ community and social justice, died January 27 in New York City. She was 72.

The cause was complications of COVID-19, according to the Woodhull Freedom Foundation, where Ms. Vázquez had been a board co-chair.

According to a statement on the foundation's website, Ms. Vázquez, a butch lesbian, was the founding director of the Women's Building in San Francisco, helped found the Lavender Youth Recreation and Information Center in San Francisco, and the LGBT Health & Human Services Network, a coalition of over 55 organizations and groups in New York advocating for LGBTQ health and human services.

"Her work integrated a focus on racial and economic justice with her focus on sexual freedom and she took the human rights framework to heart," the foundation stated.

In 2016, on the occasion of the Women's Building's 45th anniversary, Ms. Vázquez told the Bay Area Reporter that it's a "living, breathing expression of women's power."

"The power to create, to nurture, to struggle and fight," she wrote in an email. "She is a political symbol of our strength and a literal expression of how rooms of our own are portals to imagination, hope, and resilience. May she stand tall for generations of women to come."

Roma Guy, a lesbian and a founder of the Women's Building, told the B.A.R. that Ms. Vázquez "was a person from my heart."

"We'd spend hours discussing liberation versus freedom," Guy said, adding that ultimately "liberation is for all of us."

Guy noted that she and Ms. Vázquez "worked together intensely" at the Women's Building.

And Ms. Vázquez had an intuition about how to bring people together, especially when there were disagreements.

"She was helpful in restorative justice before that concept was invented in the common iteration we have today," Guy explained. "She became a role model for people."

In 2012 at the inaugural Sex Summit in San Francisco, Ms. Vázquez, who at the time was the coordinator of the LGBT health and human services unit for the NYS AIDS Institute, expressed frustration with Centers for Disease Control and Prevention policies regarding HIV/AIDS prevention and sex education. The policies threaten the loss of funding of programs that teach sex education. Instead, testing and treating is the new prevention model, she said.

"Twenty-five years of doing incredible work on hot and safe sex down the drain," said Ms. Vázquez, who called the policies "close to genocide."

"I've never known this movement without Carmen in it," Carey stated. "A fierce Puerto Rican butch, who spoke, wrote, organized, mobilized, and willed with her small but powerful body justice and liberation into this world.

"Carmen was Task Force family, having served on our board of directors, and as a colleague, adviser, and friend to a long line of executive directors," Carey added. "That laugh. Those cowboy boots. The ties. I never thought I'd say this, but part of me is glad we aren't in person for Creating Change this year because I don't think I could bear not seeing her there. And yet, the cruelty of having to mourn her loss, while not being together as a community she loved so much, is overwhelming. Rest in power, Carmen. We will continue your work for liberation."

Ms. Vázquez was outspoken about being a butch and appeared at the 2010 Butch Voices' Southwest conference in Los Angeles.

"We have the right to present as we want to present ... we should be free to do what we want with our bodies," Ms. Vasquez stated to the B.A.R. in an article ahead of the conference. She was concerned about new pressures placed upon butch women to adopt an androgynous identity or to transition into a transman. She recalled a time during the lesbian-feminist movement of the 1970s when it was a "struggle" to identify as butch.

"Ms. Vázquez spent nearly two decades in San Francisco, where she co-founded the Women's Building, helped found Horizons' grantee partner LYRIC, and served as executive director of the National Network for Immigrant and Refugee Rights and coordinator of Lesbian and Gay Health Services for the San Francisco Department of Health," Horizons stated.

"Her activism never stopped," Horizons' statement read. "She continued in New York City at the LGBTQ Community Center, Empire State Pride Agenda, and the LGBT Health and Human Services Unit of the AIDS Institute at New York Department of Health. She also served on the boards of a number of critical LGBTQ organizations. Throughout it all, she recognized the key insight that the fight for LGBTQ justice is closely intertwined with the fights for racial and economic justice."

LYRIC said it was "deeply saddened" by Ms. Vázquez's passing

"Carmen was one of the community leaders that founded LYRIC in 1988 to create safer spaces and provide critical services for LGBTQQ youth," the organization said in a statement sent by Rui Bing Zheng, the nonprofit's development and communications director. "As a longtime LGBTQ activist and organizer, Carmen worked tirelessly to improve the lives of others and advance economic and social justice. We thank Carmen for her remarkable contributions to our community and the greater social justice movement."

Representatives for the Women's Building did not immediately respond to a request for comment.

Ms. Vázquez was born January 14, 1949 in Puerto Rico and raised in Harlem, the Task Force stated. She attended the City University of New York, earning a bachelor's in English and a master's in education.

Updated, 2/2/21; This article has been updated with comments from Roma Guy. 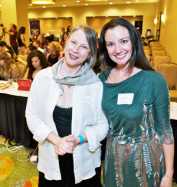 Butches are ready for their close up