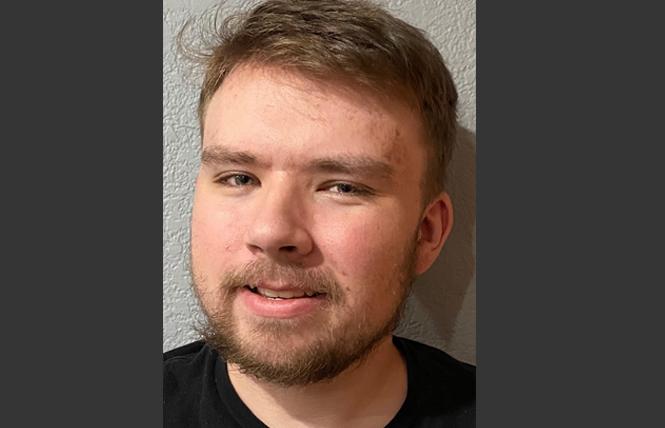 After realizing I was gay in the waning years of the Obama era, it always seemed as if there were two dueling factions in the fight to ensure equality for people like me. There were the irrational, nut-job religious lunatics — the people who proudly proclaimed that God himself was "again' it" so they were "again' it." They're people who blamed travesties such as the attack on a Floridian LGBTQ bar as God's repentance for sinners. In contrast to these people were the calm, rational, levelheaded policy professionals and debaters advancing the cause of gay rights — those who staff organizations such as the Human Rights Campaign and the American Civil Liberties Union, which though not specifically LGBTQ, has represented queers over the years in numerous legal cases. The people who were responsible for debating in front of the Supreme Court on the constitutionality on laws against same-sex marriage. These were the people I looked up to and aspired to be like.

However, as much of a "Return of the Jedi"-esque moment the 2015 Obergefell same-sex marriage ruling was for many a gay youth, myself included, it was an incredibly short, albeit blissful one. I distinctly remember watching coverage of Pride events in 2016 and remembering the somber, vigil-like tone that was struck in comparison to just a year before, due to the Pulse nightclub tragedy. Since then, things have only gotten worse. And while it is easy to pin the blame for the West's hard turn toward fascism for this on a growing sentiment of bigotry and disdain for those different than them within parts of the populace, the truth is much uglier.

Simply put, "gay rights" — and by extension "trans rights," "nonbinary rights," and, indeed, "LGBTQ rights" — as in the mode of thinking among many LGBTQ activists that legal protections and legislation protecting those belonging to the community should be the paramount of activists' efforts, have failed. The Trump administration and its Republican allies in all levels of our government have waged a violent assault on the rights of all LGBTQ people. From allowing health care providers to discriminate against trans and nonbinary people in the midst of the greatest public health crisis in 100 years to Texas governor Greg Abbott allowing social workers to discriminate against LGBTQ people and the disabled to Trump nominating a justice with a long history of working with anti-LGBTQ organizations to the highest court in the land, the last few years have proved that when we politely ask straight cishets to treat us equally under the law, all it does is put us at the mercy of people who hate us the most. Many are worried about the appointment of Amy Coney Barrett to the Supreme Court and what implications it will have on the future of our rights. However, let me beg the question — why is it socially acceptable that appointing one person to an unelected, lifelong position has the potential to knock all of us down off the social ladder? Furthermore, why is it acceptable for someone to hold the view that their personal religious beliefs, the validity of which aside, should dictate the lives of those who do not agree with said views? The problem goes much deeper than a president or a Supreme Court pick.

Simply put, when we argue that being LGBTQ is "natural" in front of our nation's highest political institutions, it only gives the right the opening to claim that we are akin to rapists, or murderers — both entirely "natural" psychological phenomena. When we put all our eggs into the same-sex marriage basket, it leads to us being able to enjoy tax benefits as our community's poorest (and, by extension, most vulnerable) members struggle to afford the crushing price of HIV treatment or hormones for transitioning. The fact of the matter is positive change for LGBTQ people cannot come only from legislation and court rulings — doing so leaves the scourge of bigotry still ever present in the spaces we inhabit. True, lasting positive change for LGBTQ people of all stripes will only come once we make the positive cultural change that sees all forms of bigotry viewed as anathema to the societies we live in — viewing them as the social disorder they are instead of a difference of opinion — social changes that not even left-wing stalwarts such as Senator Bernie Sanders (I-Vermont) or Congresswoman Alexandria Ocasio-Cortez (D-New York) are capable of doing.

These changes we can make together involve sticking up for the weakest members of our communities when they are under attack — for a community is only as strong as its weakest are — as well as doing the same when the rights of racial minorities, women, or the disabled are threatened. It also involves holding everyone, including ourselves, accountable for things we say and do while still allowing others and ourselves opportunity to grow as people. And it also involves holding family, friends, and acquaintances accountable for when they say or do things that denigrate our community or other underprivileged communities and cutting them off or disowning them if they refuse to support us — including by voting for candidates that promise to strip us of our rights and dignity. Even if doing this will lead to some tough conversations, and may even lead to ties being severed, for things to truly change in this country, the people perpetuating bigotry will have to first experience social consequences for their actions in much the same way that anti-maskers have been ridiculed to the point where mask wearing is up 20% nationwide over just a few months ago.

Overall, no lasting, positive change for LGBTQ people will come until we make the bigotry many of us experience on a daily basis a social taboo on the same level as shouting "fire" in a crowded theater, smoking in an airplane, or the aforementioned anti-mask movement. None of this, of course, is to denigrate the work LGBTQ activists have done in enshrining protections for us into law. However, every action has an equal and opposite reaction, and when we legislate our way around bigotry instead of dealing with it by all the means provided to us (when we have the option to do so — I would certainly not advocate for gay and trans people in the rural South to confront people wearing Confederate merchandise), it only provides fascists with an opportunity to seize power riding off the backlash of bigoted people to our rising status within society.