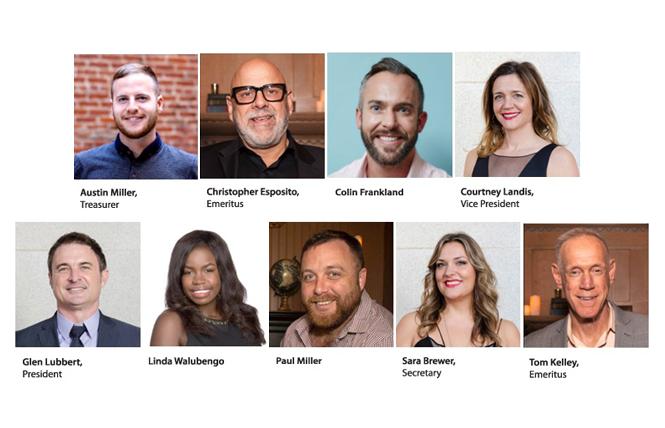 The board members of Project Inform, as listed on its website.

Two weeks ago we editorialized that LGBTQ nonprofits should be transparent with the community when navigating bad news. Today, two such organizations demonstrate how a lack of transparency feeds a crisis, leaving plenty of unanswered questions.

Both Bay Area Lawyers for Individual Freedom, the nation's oldest LGBTQ bar association, and Project Inform, an early advocacy agency for people living with HIV and hepatitis C, have been quiet about challenges facing their organizations. In the case of BALIF, several board members have resigned because the co-chair thought they were insufficiently diverse. Project Inform has ceased operations entirely, with no notice to the public.

BALIF Co-Chair Annick Persinger wrote in an email obtained by the Bay Area Reporter that the board members who resigned "represent yet more examples of white fragility and how institutional racism and sexism is perpetuated." White fragility is defined as discomfort and defensiveness on the part of a white person when confronted by information about racial inequality and injustice.

Resignation emails from former BALIF board members, not surprisingly, paint a different picture. Some wrote of fellow board members being personally attacked at meetings. Another wrote that the resignations included "men, women, nonbinary, and three out of the seven were people of color."

In her email, Persinger vowed to "continue to reach out to progressive past board members who share our vision, as well as newer attorneys who may be joining our board soon after elections." This week, the BALIF newsletter encourages interested people to apply for the board.

It's largely an internal struggle that the organization will need to work through. But it's unfortunate that discussion of the brouhaha occurs in multiple Facebook posts, dragging down BALIF's reputation. With such accusations, a public statement from the leaders is necessary, as is information about a path forward, in order to confront the charges directly. A lot of queer law students are members of the organization, and they, too, deserve commitment from BALIF's leaders that they will continue to be mentored and supported.

Project Inform's silence
Far more troubling is the case of Project Inform, which was founded by the late Martin Delaney and Joe Brewer in 1984. Through its hotline, educational materials, and public forums, Project Inform provided information for people living with HIV/AIDS — and later hepatitis C virus (HCV) — when there were no other sources. It seems that the agency could not remain an information leader and authority now that people living with HIV/AIDS and hep C have many online resources. Project Inform was also known for its advocacy work, especially at the state level, and that institutional knowledge will be sorely missed.

We first heard that Project Inform was expected to cease operations last week, when former staff members issued a statement that the agency was not "able to successfully navigate the current funding environment." But no one will talk to us about what happened, and this week we learned why: the board voted to dissolve the organization and then resigned. The staff has filed a complaint with the state attorney general's office, which will have to make a determination about who is legally responsible to file dissolution papers and deal with creditors. Apparently, the staff cannot legally speak on behalf of the organization or say it's closed because they don't work there anymore. A statement that was supposed to be released last Friday has still not materialized.

That's not the way to end an organization. The board members listed on Project Inform's website are: Austin Miller, Christopher Esposito, Colin Frankland, Courtney Landis, Glen Lubbert, Linda Walubengo, Paul Miller, Sara Brewer, and Tom Kelley. They should immediately issue a statement about their vote to dissolve the organization. At the very least, the minutes from that meeting should be posted online. The agency's website hasn't been updated since January, so no one going to it would know that the agency shuttered. In February, it quietly moved into WeWork space at 25 Taylor Street. This is the type of secret maneuver that is draining to the community.

Project Inform's direct services to clients included operating two telephone lines: one for hep C and one for HIV/AIDS. The HIV helpline is not set up to receive calls; the hep C helpline, run with other organizations, is working. The demise of the HIV helpline is a grave disservice to clients, many of whom probably don't even know what's going on.

Project Inform might have missed an opportunity to merge with another LGBT-focused health nonprofit. Mergers are sometimes necessary, and Project Inform, for one, seemed like a potential candidate after longtime executive director Dana Van Gorder resigned last June. But without former board members willing to comment, we don't know if any ideas were explored to continue its viability.

A long-standing HIV/AIDS nonprofit is no longer functioning and its board members are silent. Such inexcusable behavior is a coward's way out — an attempt to hide and obfuscate the news from not only its helpline callers, but also community members who, for decades, supported it.