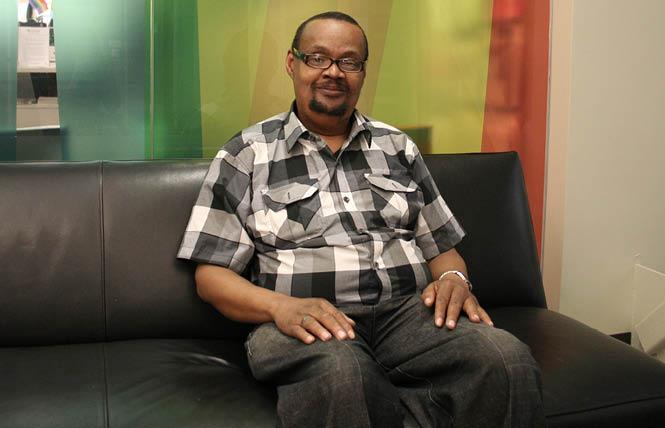 Norman Tanner, a gay man who was a nationally prominent leader in HIV prevention and support, died Friday, October 5, two days after a hit-and-run collision in San Francisco. He was 60.

Mr. Tanner was also a longtime leader in San Francisco's sober community, where he had mentored dozens of people and facilitated many support groups over the past several decades, according to friends.

According to a San Francisco Police Department report, Mr. Tanner was crossing the intersection at Oak and Baker streets at 9:11 p.m. October 3, when he was struck by a Toyota Prius that had run a red light. The car was driven by a woman, who stopped briefly, but then fled eastbound on Oak to southbound Broderick. Mr. Tanner was taken by ambulance to Zuckerberg San Francisco General Hospital's intensive care unit, where he died two days later. Police are still looking for the driver.

Colleagues and friends said Mr. Tanner made enormous contributions and had helped hundreds of people during his four decades in the city.

Anthony Bradford, director of community engagement at the San Francisco AIDS Foundation, wrote in an email to the Bay Area Reporter, "Norman was the face, heart, and foundation of BBE and was always first to be upfront and share the great things with the larger San Francisco African-American community."

BBE, now formally a part of SFAF, is a prevention and support program to empower men who predominantly live in the Tenderloin, Polk Gulch, and Sixth Street Corridor. Many of the clients are also struggling with racism, addiction, poverty, homophobia, violence, and marginal housing.

Mr. Tanner's work with BBE "has been recognized from City Hall to the state Capitol and nationally," Bradford wrote.

Zak Franet, a close friend, said he met Mr. Tanner several years ago, when Franet was "early in recovery ... with no confidence or direction." Franet, 24, now project coordinator for Association Reserves and a member of the executive committee of the San Francisco Youth Policy and Advisory Committee, wrote in an email to the B.A.R. "Norman had an immense impact on my life and the lives of many others in the recovery community."

"There were so many things that were inexplicably Norman: his shuffle, his laugh, his propensity to play cards with an ace of spades up his sleeve, his unrelenting kindness," Franet wrote.

Franet said that as the two got to know each other, Mr. Tanner "became one of my strongest supporters ... attending my swearing in ... and committee meetings that I chaired ... constantly giving me grief for not keeping him properly informed of my progress."

"Far greater than his achievements and the inspiration that he served to us all was who he was as a person," Franet wrote. "He constantly inquired about the health ... of my mom and her partner, which he did from the first time he met her until the last time we spoke."

Jesse Brooks, an HIV advocate, said he has received many calls from community members who are "devastated with grief and sadness."

"Norman has touched so many in his advocacy of HIV and in the recovery community. His shoes will be hard to fill but he was also a mentor, preparing our young people to step up," he wrote in an email.

"A leader, a friend, a positive example in the world, I will truly miss him," Brooks added.

Curtis Bradford, another close friend, wrote in an email, "Norman was part of a group of old school recovery folks from Glide known as 'the Generations' from around 20 years ago. Norman remained at Glide for all these years since as a teacher, mentor, sponsor, and recovery group facilitator to literally hundreds of folks, many of whom were among the most marginalized in our community.

"He has touched and even saved the lives of so many people, including mine, a testament to his unending dedication to give back in recovery. His legacy at Glide will be felt for decades to come. And I've lost a true friend," wrote Bradford, a community organizer at the Tenderloin Neighborhood Development Corporation.

An SFPD statement said investigators are asking residents and business owners in the area of the collision to check surveillance cameras for any images possibly related to the incident. Also, they are asking anyone seeing a black or dark blue Toyota Prius with front end damage, or anyone with information regarding the incident, to call the SFPD 24-hour tip line at (415) 575-4444, remaining anonymous if they wish.

Mr. Tanner is survived by his family in southern California, including his mother, sisters, nieces, and nephews. He grew up in Chester, Pennsylvania and moved to San Francisco when he was 19 years old.

A memorial service will be held in San Francisco in the coming weeks. For further information, contact Bradford at abradford@sfaf.org, who will notify people when plans are finalized.