Jock Talk: Fitness for all 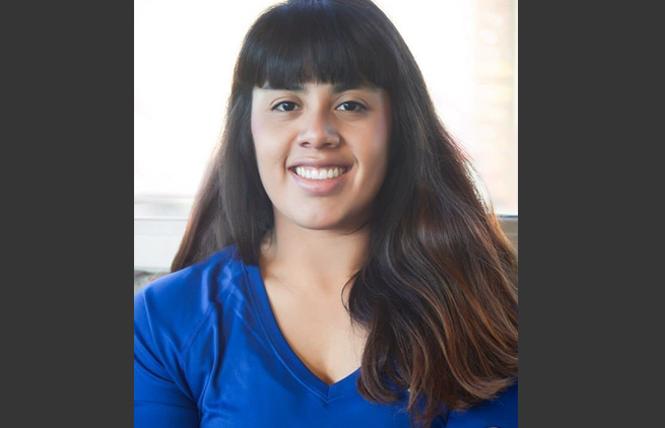 Some health clubs and training facilities seem stuck in a primitive past — intimidating places with auras seemingly inhospitable for women, gays, transgender individuals, people of color, or the cast of "Modern Family." Even when gay men embraced weight training a few years back to create buff bodies for showing off at bars and dances, the atmosphere of many gyms could feel catty and judgmental. Now, some local efforts are bucking that trend, notably UC Berkeley's Recreational Sports Facility and a recently formed gym in Oakland's Fruitvale district focused on fitness for all.

At its training facility late last month, Berkeley opened a new locker room focused on serving the needs of transgender and gender-nonconforming students and those with physical disabilities. The facility draws on fees from a 2015 "wellness referendum." The facilities include five private toilets, seven private showers, 16 single-person changing rooms, and 400 lockers.

Radically Fit (http://www.radicallyfitoakland.com) opened in July on Fruitvale Avenue in Oakland. Founder and trainer Lindsey Page, who identifies as a queer woman of color, said the gym is a "body-positive community gym for all queer, trans, POC, big-bodied and fat-identified folx and their allies, regardless of experience or ability."

(Yes, an encounter with the gym's website greets visitors with alternative spellings and grammar, the personal pronouns various trainers prefer, the catchphrase "Fit is not a body type," and every other linguistic clue the gym can provide to signal this is a place of support and inclusion, not isolation and judgment.)

"Big-body people weren't getting the same options as everyone else as far as creating safe spaces in gyms," Page, 31, told the Bay Area Reporter. "Some people didn't feel welcome. I wanted to create a really genuine body-positive space. The community asked for it."

Trainers said they emphasize strength and fitness, not body sculpting or conforming to beauty stereotypes. The tools of the trade are largely the same — barbells, core strength training, yoga, Zumba — but the goals, attitude, and support are different. Individual sessions are offered and seven days a week there are group sessions that include sections just for queers of color and for transgender and gender-nonconforming individuals.

"We've gotten so much positive feedback," Page said. "We're really starting to build community within this community. There are other queer spaces in Oakland, obviously, but a lot of them don't focus on people of color. They are not always feeling validated in terms of representation."

Page said there are many factors that can make some people uncomfortable in fitness clubs.

"There can be issues about which bathrooms people use," she said. "People can be staring at them, especially people with fat or bigger bodies. People stare at them when they try to work out. Even cisgender heterosexual women can feel uncomfortable with a lot of toxic masculinity."

"We want everyone to feel challenged mentally and physically, but we don't want anyone to feel overwhelmed or defeated," she said. "When they come, there might be hurdles, but they are so happy they found this space."

The gym offers economic subsidies to make the gym affordable. There are different fee rates for different membership levels, The costliest includes a $50 charge that is applied to scholarships for those who cannot otherwise afford membership.

"Nobody is turned away for lack of funds," Page said.

These days, Page is doing what she wants, the way she wants, with the people she wants.

"I fell in love with fitness about 10 or 11 years ago," she said. "When I decided to be a personal trainer, it was solely because of the work I had done through fitness to change my mental and physical health. I've also had my fair share of dealing with body issues. You can feel a lot of pressure to look a certain way. But the way your body looks doesn't indicate what you can do with it."

Ottawa to host Bingham Cup
The next Bingham Cup, a biennial global championship for LGBT rugby, will be played in 2020 in Ottawa, Canada, hosted by the Ottawa Wolves.

The announcement was made this week by International Gay Rugby. The Wolves had bid for the cup, along with Huarpes Rugby Club of Argentina, but the Argentine club withdrew following issues confirming facilities.

"The Ottawa Wolves are one of IGR's most active and successful clubs, having competed in every Bingham Cup since their club's creation including the first women's competition at the Bingham Cup Amsterdam 2018," said Ben Owen, IGR chairman.

The Bingham Cup was started in San Francisco in 2002 and is named after gay former SF Fog club member Mark Bingham, one of the heroes who fought against terrorists on United Flight 93 on 9/11.