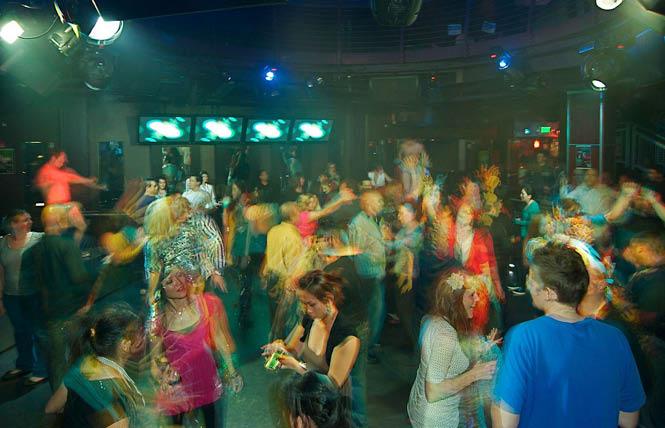 Concerns were raised last week about gay Sacramento nightclub Faces after a photo of its dress code was posted online that some said was racial profiling. Photo: Courtesy Faces

Faces, a gay nightclub in Sacramento, has received negative attention on Facebook after a photo of its dress code was posted online with some people calling it racial profiling.

Erick Lopez, a Sacramento resident, posted a picture of a sign that he said was in the front window of Faces detailing what apparel would be unacceptable.

The picture of the sign reads: "No baggy pants, no oversized shirts, no sagging, no grillz, no do-rags, no vapes, no head wraps/bandanas, no large bags or backpacks, no cannabis. Strictly enforced, offenders will be removed."

On Faces' website the dress code states a "dress to impress look," and lists only, "No over-sized shirts, no sagging, no large bags or backpacks, and no vapes."

The September 8 Facebook post has received 86 comments, most of them calling the dress code racist. Lopez's post that includes the picture of the dress code said, "While I can understand vapes, bags, & cannabis for licensing, legal, & security reason, the rest is just pure discrimination and racial profiling."

One comment from Guy Johnson read, "You've got to be kidding me, a dress code? This is more like a race code. This shit has to stop."

Another comment on the post claimed that an in-person incident arose out of conflict over the dress code, "Had a co-worker visit there recently and freaked out on their door person about that," read a comment from Shaun Peterson, who did not respond to the Bay Area Reporter for a comment.

Alexis Miranda, a well-known drag queen in San Francisco, called on others not to jump to conclusions about the dress code, writing in a Facebook post, "Don't be so quick to judge without knowing the facts!"

The sign has since been taken down, said Faces owner Terry Sidie, a gay man, and replaced with a new dress code that uses the term "cosmetic mouthwear," instead of grillz, and "skull caps" instead of do-rags. It also says, "no excessively baggy attire, and no weapons or items that could serve as a weapon."

At the bottom of the new dress code sign it says, "Dress code strictly enforced solely at management's discretion. No exceptions."

Sidie, who has owned Faces for 33 years, said after he heard that people were unhappy with the sign, he took it down.

"When I was first told about these concerns I took the sign down and re-evaluated what I saw. My security and management feel the need for everything that is on the sign to remain intact. I have convinced them to write it in a kinder form," Sidie said in an email response to the B.A.R.

Sidie explained that his initial dress code included no grillz because, "When people drink and party hearty they aren't as careful as they should be. A grill for example has been used as a steel knuckle in the past in a fight."

As well, no do-rags, he said, was implemented because, "One of my younger employees came up with the rag and cap thing after dealing with people that are hard to identify."

Raul Anthony, a gay Latino man, did not see the dress code sign in person but has been to Faces many times. He called the dress code disappointing when he spoke to the B.A.R.

"Most of us have suffered from not being included by the rest of the world or even from our families as gay people or members of the LGBT community. The last place we want to not feel welcome because of who we are is a gay venue," Anthony, 52, said.

Anthony, who also posted on Facebook, said the dress code made him "angry," and that he feels 80 percent of the rules "point to African-American communities and their culture and how they live and choose to express themselves."

In response to his dress code being deemed racist, Sidie said he welcomes people of all races to his club and that he financially supports LGBT organizations in, and around, Sacramento to "keep the GLBT community alive here," for all of its members.

"We are gay and all people are welcome here, but like every place, we have rules for your benefit," Sidie wrote in an email. "If you look hard you can see what you want to see. I also realize that I, or my beautiful club, along with an employee or two, have angered or made a few enemies in 42 years."

Sidie also owns Faces Nightclub in Reno, Nevada. He signed the end of his email response to the B.A.R. with, "ALL LIVES MATTER."

Nicole Murray Ramirez, a longtime friend of Sidie's and a gay Latino activist, called the B.A.R. last week in support of his friend. Ramirez said the dress code was done out of the safety of the club and that many Sacramento clubs, including Faces, have had issues with "gang members."

"The wording, I can understand how it is perceived," Murray-Ramirez said. "Some of it is aimed at gangs, he doesn't care if you're black, brown, white, or purple, he is concerned with gang members."

Murray-Ramirez, also known as Empress Nicole the Great, lives in San Diego and is a former state chair of Equality California. Murray-Ramirez said Sidie has supported various causes for communities of color and many LGBT organizations and called him generous.

Sidie chaired the Jose Julio Sarria International Scholarship program for many years and has given financial contributions to the program, which gives educational opportunities for local students.

"If people believe or perceive Terry as a racist, that is so far from the truth," Murray-Ramirez said.

One of the Facebook users, Eric Waldron, left a comment saying he consulted his lawyer about the dress code.

"I just turned this over to my lawyer and the ACLU. I can't handle this for one second. Expect results," Waldron's post read, referring to the American Civil Liberties Union.

Neither Waldron, a San Francisco resident according to his Facebook page, nor the ACLU have responded to a request for comment.

None of the posts or people who the B.A.R. spoke with mentioned filing a formal complaint with the city of Sacramento.