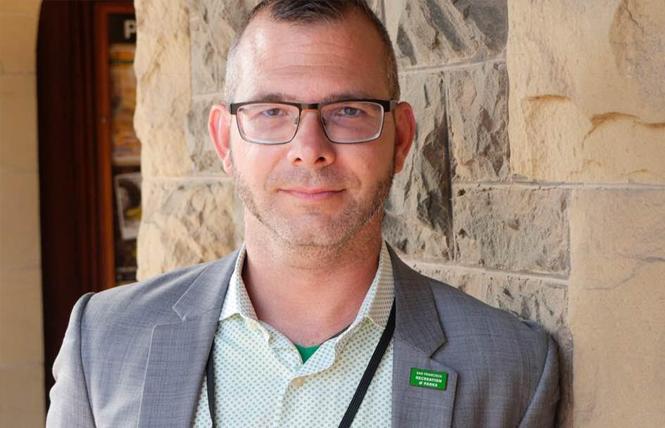 In a telephone interview with the Bay Area Reporter, McCoy said he'd be "handling constituent casework."

A self-described "policy wonk," McCoy has been an outspoken advocate for people who are homeless and for people living with HIV. He experienced chronic homelessness for almost a decade and, at that time, also had challenging health problems with untreated HIV.

Most recently, McCoy was the policy and community affairs manager with the San Francisco Recreation and Parks Department. Before that, he was chief of staff for former District 3 Supervisor Julie Christensen and worked as a legislative aide in the supervisor offices of both Breed, when she represented District 5, and gay state Senator Scott Wiener (D-San Francisco), when he represented District 8.

Last year, McCoy was named to Governor Jerry Brown's 15-member Statewide Homeless Coordinating and Financing Council. Earlier this year he was elected president and chair of the board that oversees the Pink Triangle Park and Memorial Rose Garden, the Castro monument to LGBTs killed by the Nazis in World War II.