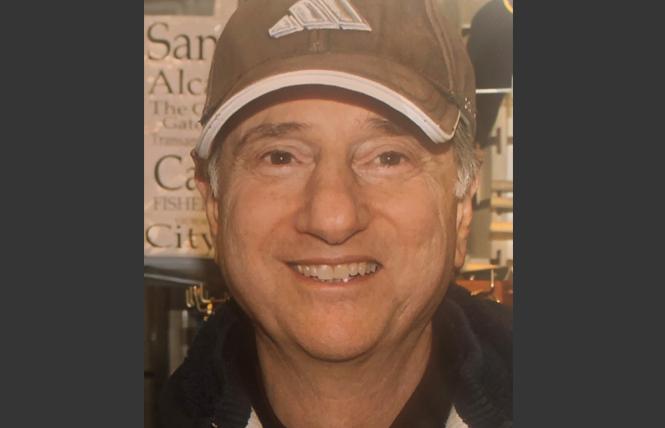 Mr. Tessler, widely known as David, suffered a debilitating stroke a year ago, his niece, Betsi Steinberg, told the Bay Area Reporter. She said he died in the skilled nursing facility at the Sequoias.

Mr. Tessler, originally from New York, owned a number of apartment buildings in the Castro since the 1970s. His largest property was the five-story Art Deco building at 577 Castro, (near 19th Street) where the Anchor Oyster Bar occupies the ground floor. Mr. Tessler also owned a clothing store across the street from that building, where Buffalo Foods is now located.

Terry Asten Bennett, co-owner of Cliff's Variety, said she had known Mr. Tessler "for my entire life" because she grew up in the Castro and Mr. Tessler knew her parents through their Castro Street store.

"David was a funny guy," Asten Bennett told the B.A.R. in an interview. "Some people found him very difficult but, to me, he was always very sweet to me. He always reminisced about walks he took in the neighborhood with my mother, when she was pregnant with me. I'm very sorry to hear he passed away."

In addition to his real estate business, Mr. Tessler was an avid collector.

He sold collectibles at various antique malls in the Bay Area and frequently had garage sales in his building on the 500 block of Castro Street, where he lived from time to time. Mr. Tessler was often seen chatting with neighbors in front of his building, often wearing his signature denim overalls and a cap.

Mr. Tessler was born December 26, 1943 in the Bronx, New York City, and was the third child of Leo Joseph Tessler and Doralee Simon Tessler. He enjoyed summers on City Island with his sisters, Naomi and Toby, including excursions to art and history museums in New York. According to an obituary from his family, he was an accomplished flute player and briefly attended the prestigious LaGuardia High School of Music and Art and Performing Arts prior to his family moving to Miami, where he finished high school and attended two years of college.

After serving two years in the Navy, Mr. Tessler moved to San Francisco in the late 1960s. He fell in love with the city that ignited his creative spirit and enjoyed attending the opera and the symphony.

Mr. Tessler had a strong entrepreneurial spirit and engaged in a number of successful professional endeavors, all of which expressed his aptitude for art and design. He owned a trendy boutique clothing store on Castro Street, City Island Dry Goods, and was quoted in a book about Giorgio Armani on fashion and expressing one's individual style through clothing. He used his discerning eye to launch a successful antique rug and furniture business.

It was, however, in renovating Victorian and Edwardian buildings that he found his true passion and joy as it combined his love for real estate, historic architecture, preservation, and art, his family noted.

A service will be held Sunday, July 28, at 3 p.m. at the San Francisco Central Seventh-day Adventist Church, 2880 California Street. A private family interment will be held at a later date in Miami.

Full disclosure: Reporter Sari Staver rented an apartment from Mr. Tessler in the early 1990s and purchased the building from him in 1992.