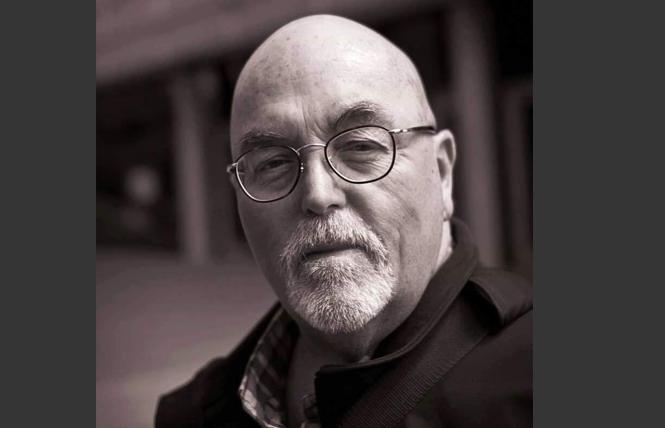 Dale Godfrey, who contributed photos to the Bay Area Reporter, died Sunday, June 30, after suffering a heart attack in Santa Rosa, his wife, Nancy Godfrey, said. He was 72.

Mr. Godfrey spent his career working in advertising sales for the Santa Rosa Press-Democrat, where he started in 1974. He took an early retirement in 2006, his wife said.

In addition to the B.A.R., Mr. Godfrey took photos for other publications, as he grew into his hobby.

"He was always inquisitive and looking for things to do," Nancy Godfrey said.

Specifically, Mr. Godfrey took many photos over the years of members of the Russian River Sisters of Perpetual Indulgence. He found community with the group, his wife said, and had friends who were Sisters.

"He was documenting one becoming a Sister," Nancy Godfrey said, referring to the many steps necessary to become a full-fledged Sister.

"Dale Godfrey was a good man, a good friend, a good heart with a gentle sense of humor," Plenty, also known as Jim Longacre, wrote in an email. "He was a talented, adventurous photographer."

Plenty said that Mr. Godfrey was made a saint by the Russian River Sisters, and given the name Saint F-Stop, a reference to a component that controls the size of the opening that allows light into the camera.

"He was photographing a fundraiser for a gay Pride event in Cotati the night before his passing," Plenty wrote. "Our community is heartbroken at his sudden passing, he was loved and respected by all."

Mr. Godfrey was born June 21, 1947 in Eureka, California, where he grew up. His wife said that he graduated from College of the Redwoods in Eureka in 1968 with an associate of arts degree. He moved to Santa Rosa in 1974.

Mr. Godfrey and his wife were married for almost 51 years.

In addition to his wife, Mr. Godfrey is survived by two sons, Jeff and Justin, and five grandsons.

Funeral arrangements have not been announced, though his wife said a service would likely be held later this summer.