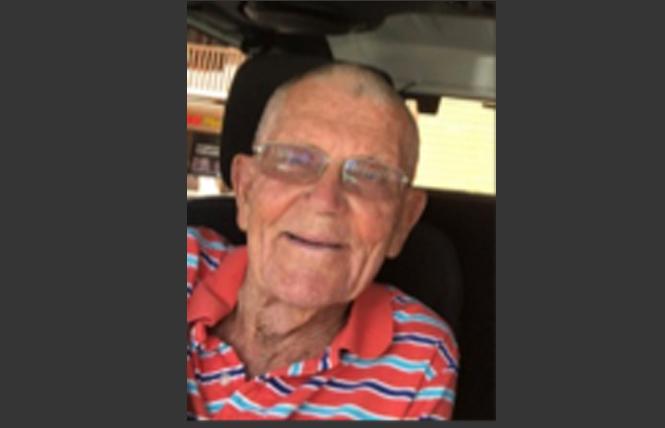 Gardner Perry Pond was born July 24, 1927, in Santa Cruz, California to Perry S. Pond and Mary Brocar Pond. His father's family were descendants of early pioneers in California who "came around the horn" to reach California.

Gardner passed away peacefully from natural causes at his home in Palm Springs, California April 8, 2019 at the age of 91, his loving husband, H.L. Todd, at his side.

From 1945 until 1947, right out of high school, Gardner enlisted in the U.S. Maritime Service. Upon return to the U.S. Gardner attended the University of the Pacific, graduating with a B.A. in 1952. After graduation he enlisted in the Army and served for two years. Gardner began his first job working for United Airlines, where he remembered booking space for Henry J. Kaiser on flights from San Francisco to Hawaii. He retired in 1986 from the U.S. government, where he had worked in freight traffic and was a compliance specialist in foreign military sales for the Department of Defense.

Gardner was always very active and supportive of the San Francisco gay community. He was an early member of the Society for Individual Rights and a member of the group that founded Operation Concern (New Leaf). In 1974, Gardner and his jogging friend and partner, Jack Baker, organized and held the first run of what would become the International Front Runners, in Golden Gate Park on January 6, 1974. Today, there are more than 100 Front Runners chapters around the world. After a hip replacement 30 years ago, Gardner stopped running, but stayed active, and loved playing croquet in the city at the San Francisco Croquet Club, and at Mission Hills Country Club in Rancho Mirage.

In San Francisco, Gardner was also involved — with his then-partner, Hector Caceres — with the Imperial Court, and the founder of the Imperial Court system, Jose Sarria. In 1985, Gardner was a charter member in founding the Castro Lions and served as president of what was the first gay chapter. Gardner knew the late San Francisco police commissioner (and former Bay Area Reporter political editor) Wayne Friday. He always wanted to attend Gardner and Hector's annual Christmas parties, but they were full and so, he never got an invite. But Harvey Milk would attend. After Milk's death, they finally invited Friday over to Christmas. It was then that Friday said, "Geez, I had to wait until Harvey passed away for an invite."

Gardner relocated to the desert in 2002. Gardner was a true renaissance man, with a wide array of interests, including all things Western, from jewelry to clothes to hats to boots. He co-authored a book on Sumida Ware, a type of Japanese pottery.

In addition to his husband, Gardner is survived by his former partner, Ed Emond-Worline, and many other friends in San Francisco, Cathedral City, and Palm Springs.