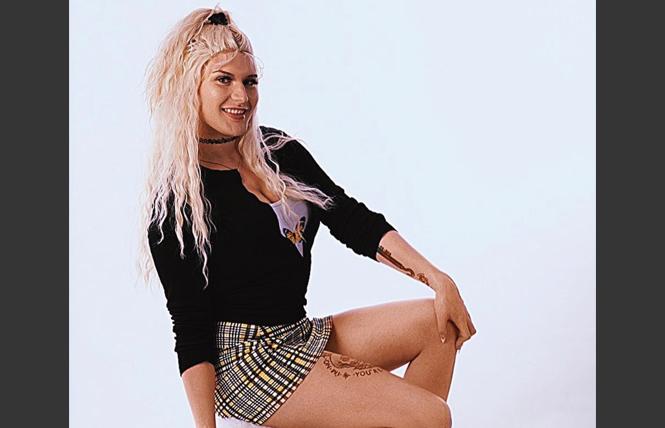 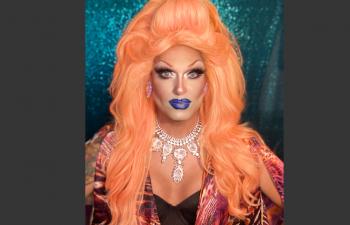 Originating from St. Louis as part of a four-day celebration of its anniversary, NWA Empowerrr is followed by NWA 73 PPV. The first female-centric PPV in the company's seven-decade history was envisioned by James to showcase women's wrestling greats past, present, and future.

Also taking part in Empowerrr will be Atlanta's Kiera Hogan, a two-time Impact Wrestling Knockouts tag-team champion who recently appeared on All Elite Wrestling's AEW Dark broadcast. She is in a high-profile relationship with fellow female grappler Diamante.

Senegal stated that she's glad to be participating.

"I am so grateful that Mickie and the NWA have given Pollo and me a platform to tell our stories and represent the communities we love and are so proudly part of," Senegal stated.
Del Mar stated that Senegal is talented and dynamic.

"For both of us, being part of the NWA and representing our respective parts of the LGBTQ+ community at this historic event is a dream come true," Del Mar stated.

The NWA Empowerrr and NWA 73 PPV events will be broadcast August 28-29, live on FiteTV. For more information, click here.

The designs should capture the central theme of this era: "Intertwined," reflecting that people's health depends on the health of neighbors and that people are connected, a news release stated.

The 2022 Hearts series will include four large heart sculptures, six tabletop sculptures, and 10 mini hearts. According to the release, a committee that includes foundation staff, board members, art dealers, gallery owners, and artists will make the selections.

All submissions must be completed by August 31.

The SFGH Foundation is an independent nonprofit that provides philanthropic support to Zuckerberg San Francisco General Hospital and Trauma Center. The Hearts project debuted in 2004 and over the years has raised millions of dollars for the foundation. The hearts will be auctioned off at the foundation's gala in February.

Project Open Hand receives Bayer grant
Project Open Hand recently announced that it has received a $170,000 grant from the Bayer fund. According to a news release, the money will be used to provide medically tailored meals to clients with heart disease and cancer and support the nutrition intervention of Open Hand's clients in the East Bay.

"This is a substantial showing of support from Bayer Fund and will greatly impact our work," stated Paul Hepfer, Open Hand's CEO. "Many of our clients belong to some of the most vulnerable populations of our East Bay community. Not only do they need access to food, but they also need access to healthy, life-saving nutrition — and this grant helps us continue to address a critical issue, nutrition security."

In 2020, Bayer Fund awarded more than $17 million to over 3,400 charitable and nonprofit organizations to help address essential needs in food and nutrition, STEM education, and community development, the release stated, referring to science, technology, engineering, and math.

"Throughout the years, the grants given through Bayer Fund helped strengthen our communities across the United States," stated Al Mitchell, president of the fund.

In addition to its East Bay program, Open Hand has long provided meals and nutrition services to ill clients in San Francisco, where it started in 1985 as a response to the AIDS epidemic.

The plan will identify current needs for the neighborhood's diverse culture and population and develop a collective vision for Tenderloin's future. The plan prioritizes housing and homelessness, open space, health and wellness, transit and mobility, economic development, arts and culture, and environmental justice.

The survey is part of the first phase of community engagement for the neighborhood's future. It is offered in English, Chinese, Spanish, Tagalog, Vietnamese, and Arabic.

A news release noted that the Tenderloin is a unique neighborhood with a range of perspectives, with the highest density of children in the city, and high concentrations of communities of color, seniors, people living with disabilities, artists, and community-based organizations and merchants. The neighborhood has long been a refuge for immigrants and the LGBTQ+ communities.

The Tenderloin has a long-standing history of activism and resiliency. The Uptown Historic District, the nation's first Transgender District, North of Market Special Use District, and the Hotel Conversion Ordinance are a few examples of community-based efforts that preserve and protect affordable housing and tenants, and celebrate the neighborhood's diversity, the release stated.