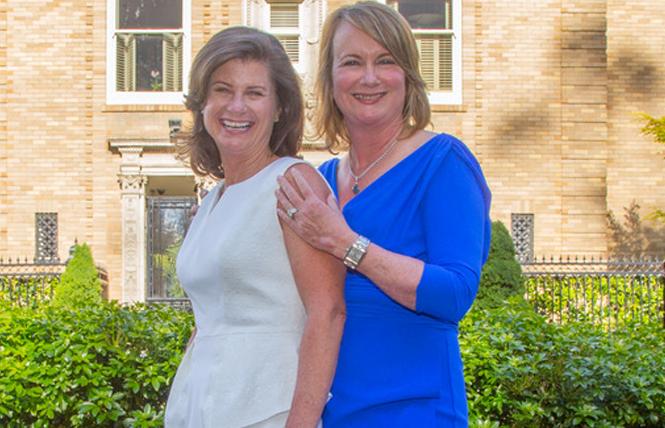 San Francisco Superior Court Judge Angela Bradstreet has spoken before about her terrible coming out four decades ago when she lived with her parents in London. Ten years ago, she made an It Gets Better video in which she shared some of the story about when she was a young lesbian. But her mother's harshness, and the details of that awful day, she has largely kept to herself or only talked about it privately with her wife and friends.

That is, until now.

Speaking with the Bay Area Reporter recently, Bradstreet, 66, said that she wanted to share her story in print for the first time. She's doing so, she said, in hopes that she can help other young LGBTQ people, some of whom also go through agonizing coming out journeys with their families — even today and even in the Bay Area.

"I still remember it like yesterday," Bradstreet said in a Zoom interview, recalling that day when she was 21. "I was the apple of my parents' eye."

Bradstreet said that she brought her first girlfriend home for the weekend — as a friend.

"I was very much in the closet," she recalled.

She described how her bedroom had two separate single beds.

"At 3 a.m. my mother decided to walk into my bedroom," Bradstreet said. "I'll just never forget her standing in the doorway, waiting for her eyes to adjust to the dark. She was standing there — for what seemed an eternity."

Then, her mother could see inside the bedroom.

"She could see we were in bed together in one single bed," Bradstreet recalled. "What ensued was a terrible scene. My mother basically said 'if you ever do that again, I'll kill myself.'"

What followed was about a year of intensive therapy, the outcome of which was that Bradstreet was sure of her sexual orientation and that she needed to get far away from her parents, Gwynne and Norman Bradstreet, for her own mental health.

So she did just that, applying for the master's program at Berkeley Law and then getting accepted.

"Two months later I was on a plane with my backpack and $1,000," Bradstreet said.

At the time she didn't know anyone in Berkeley and thought that housing would be provided as part of the graduate program, she said, laughing at her naïveté. Someone at the desk pointed to a bulletin board on a wall full of names and phone numbers with people crowded around it, searching for housing. This was long before the internet and social media. Bradstreet said she could afford very little.

"I shared an apartment with a straight couple," she said.

Bradstreet said that her father died many years ago. Her mother passed away four years ago at the age of 93.

"She really missed out," Bradstreet said, adding that the two did have some contact after that terrible night. "I did go and see her right before she died. She never, ever said she was sorry."

In fact, Gwynne Bradstreet hired a private investigator to keep tabs on her daughter before she left London, Bradstreet said. "I continued to live this double life for another year," Bradstreet said of that time.

Bradstreet said that her younger sister, Jill, was also traumatized by what happened to her older sister, especially when Bradstreet left England.

"She felt I was leaving her," Bradstreet said. "But she and I are close and we talked through all of that."

While Bradstreet asked that the paper not contact her sister, Bradstreet's wife, Cherie Larson, told the B.A.R. that the revelations about Bradstreet's coming out hit her hard.

"When Angie told me about her coming out experience with her mom, I felt bad for her for having to go through something so traumatic," Larson stated in an email. "I remember thinking, wow, what an incredible woman for having the courage to pick up and move to a foreign country where she didn't know a soul or even have a place to live. Who does that? She has such a strength of character and not only did she survive, she thrived. I was also thinking how tragic that her mom gave up any future relationship with her eldest daughter and missed out on so many of Angie's accomplishments and personal events, including our marriage."

Larson, 57, met Bradstreet in March 2010, several months before then-Governor Arnold Schwarzenegger, a Republican, appointed Bradstreet, a Democrat, to the bench that September. They were married April 25, 2014, at the San Francisco home of Senator Dianne Feinstein (D-California), who officiated the ceremony.

Larson, who works as a vice president of human resources in the ed-tech field, said her own coming out was not nearly as eventful as her spouse's.

"I was 15 years old and curious when I had my first relationship with a woman," she recalled. "When my mother found out several years later, she could not have been more supportive."

Life in the U.S.
Once Bradstreet got her master's in law she clerked for a year in San Mateo County Superior Court. In 1981, she joined the law firm that was then Carroll Burdick and McDonough. (Long after Bradstreet left, the firm merged with Squire Patton Boggs.) She worked there for 25 years and became the first woman managing partner, and the first LGBTQ managing partner in the Bay Area, she said. She was a litigator in civil cases.

In 2007, Bradstreet was tapped by Schwarzenegger to become California labor commissioner, a post she held for three years before becoming a judge.

"There were 21 offices all over the state," she said. "I enforced minimum wage laws. I went to the garment factories in Los Angeles and the agricultural fields in the Central Valley."

Once she became a judge, Bradstreet handled a variety of assignments. Currently, she does settlement cases in the civil division.

A friend and former colleague talked about Bradstreet's impact on her own judicial career.

Justice Tracie Brown sits on the California Court of Appeal, First District, based in San Francisco. Prior to that post, she served with Bradstreet as a judge in San Francisco Superior Court. Brown, a straight ally, said Bradstreet shared her coming out story after Brown asked what brought Bradstreet to the U.S.

"It was quite self-revelatory and I was honored she shared it with me," Brown, 50, said in a phone interview. "It speaks to who she is and how much she cares for the women's community and the LGBT community.

"Maybe there's someone out there who can benefit from this," Brown added.

Brown said that Bradstreet is committed to all people. In fact, Bradstreet spearheaded an initiative at the Superior Court for women jurors to have a dedicated space if they're nursing moms. Even though Bradstreet doesn't have children of her own, Brown said, the issue resonated with her.

Bradstreet's other friends were equally moved by her story.

One of her best friends, David Bowlby, actually came out as gay to Bradstreet, he told the B.A.R. in a phone interview. Married for many years to a woman and the father of two adult sons, Bowlby said that after his separation and divorce he decided to date men. He also turned to a therapist, who helped him learn more about himself.

But he was frightened and scared, he said. He ran his own consulting business and was active in the political world. He, Bradstreet, and others in their circle were also dealing with the declining health of their good friend, former East Bay Congresswoman Ellen Tauscher, who was battling cancer. (Tauscher died in 2019.)

Then, he and Bradstreet met in San Francisco for dinner.

"I'm looking at her — I trust her with my life — and I told her — the first human being I told outside my therapist," he recalled. "She was beyond supportive. Angela stood tall with me and gave me the courage to be myself."

Bradstreet later officiated at the wedding of Bowlby and his husband, Manny Bowlby.

Barbara Schraeger is another of Bradstreet's close friends. A straight ally and retired labor management official for the city of San Francisco, she first met Bradstreet years ago when both worked on Feinstein's gubernatorial bid. While Feinstein lost that race, she successfully ran for the U.S. Senate in 1992.

"She's one of my favorite people," Schraeger, 75, told the B.A.R. in a phone interview.

Noting that Bradstreet can't do anything political now since she's a judge, Schraeger said that she was a great public speaker at the time.

"Her story about her mother, I think it gave her, in an odd way, confidence," she said. "She was devastated by her mother's behavior."

In spite of Bradstreet's experience, Schraeger said that she thinks it helped Bradstreet be an understanding, compassionate judge.

"I think it comes out of the background," she added. "She has great mediation skills."

Schraeger said that after Bradstreet was appointed to the bench, there was a big reception in San Francisco City Hall. "The whole world knew she's a lesbian," she said.

Helping others
Schraeger said that Bradstreet has served as a mentor to young people, including LGBTQs.

Bradstreet said that she's glad she made the decisions she did.

"It's so lonely being in the closet," she noted. "Being true to one's self is really hard, but ultimately the only way to live. It was the best decision I ever made. It made me a more empathetic person to others who may be in similar circumstances."

Bradstreet pointed out that even in the liberal Bay Area, it's not always easy for queers to come out.

"There are still young people who have issues with their family," she said. "If my experience is helpful to only one person, it's worth it.

"We want to please our parents," she added. "But the most important thing is to be true to yourself — and not let life pass you by."

Bowlby said that Bradstreet's coming out story is an important message for young people to hear.

"Actually, for everyone to hear," he said. "Accepting who you are — LGBT or straight. The ability to give yourself grace and embrace yourself and move yourself forward. It does give us all home in what could be the most difficult and dire times in one's life.

"From my perspective, her story and her friendship was a beacon of hope and a beam of light," he added. 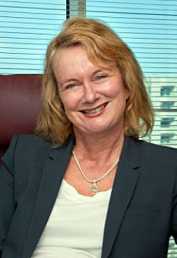 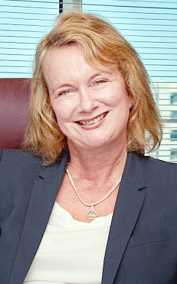