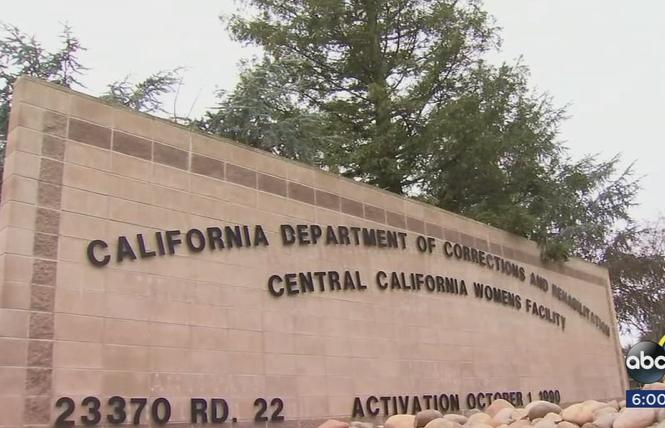 Update: June 1, 2021— The California Department of Corrections and Rehabilitation reached out to the Bay Area Reporter to correct the numbers it provided for the initial verison of this report. The numbers have been updated.

A new California law that allows incarcerated transgender people to ask for a transfer to a state prison or detention center that matches with their gender identity went into effect in January, but so far few people have been approved for it, according to the California Department of Corrections and Rehabilitation.

Senate Bill 132, authored by gay state Senator Scott Wiener (D-San Francisco), was signed by Governor Gavin Newsom last year. To date only 26 requests from transgender and gender-nonconforming incarcerated people to move to gender-appropriate facilities have been approved this year, out of 271 requests, according to CDCR officials.

Sixteen people have been transferred.

Prison officials offered some reasons for the low number of approvals.

No requests from trans inmates to be moved to gender-appropriate facilities have been outright rejected so far.

"Requests for housing based on gender identity are reviewed by a multi-disciplinary classification committee chaired by the warden and made up of custody, medical, and mental health care staff, and a [Prison Rape Elimination Act] compliance manager," Thornton stated. "This committee conducts an in-depth case-by-case review of all case factors and the individual's history to make a recommendation for approval or disapproval of the request."

But doubts linger among some people about whether incarcerated trans people are being treated fairly under the requirements set forth under SB 132.

As the B.A.R. previously reported, in addition to allowing incarcerated individuals to apply for a transfer, the bill also requires state prison personnel to record the person's self-reported gender identity, gender pronouns, and honorifics during the intake process. And it requires not just prison staff but also contractors and volunteers to properly address the individuals by name and pronoun.

There are 1,167 trans and gender-nonconforming people in the California prison system, according to CDCR statistics.

However, as Wiener told the B.A.R. last week, "there have been some reports of CDCR staff either trying to dissuade people or causing concern among cisgender women."

Trans women prisoners in CA file to intervene in anti-trans lawsuit
Sign up!