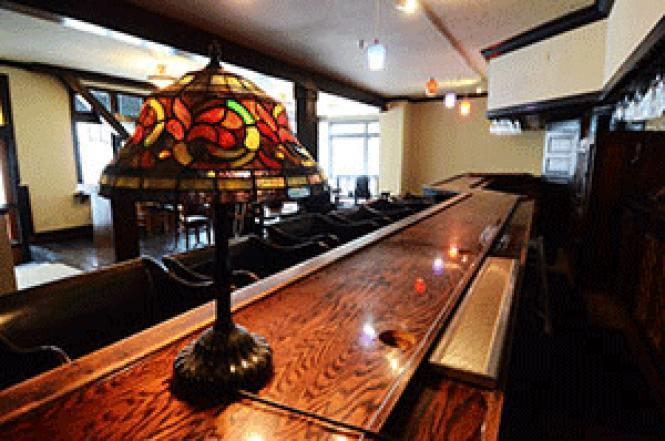 Four years ago San Francisco planners released a list of nine LGBTQ historically significant sites they were eying to name as local landmarks. The properties ran the gamut from former bars to the headquarters of early LGBTQ rights groups.

None of the properties have yet to become officially designated city landmarks, though one is close to securing such a designation. As the Bay Area Reporter reported last week, the city's historic preservation commission unanimously voted 6-0 in support of a request to designate the Japanese YWCA/Issei Women's Building as a city landmark.

Earlier this year the property at 1830 Sutter Street was officially listed on the National Register of Historic Places. The Japantown Y site was where the pioneering gay rights group the Mattachine Society hosted its first convention in May 1954, according to the city's LGBTQ historic context statement.

Bayard Rustin, the late gay African American civil rights leader, also taught a course at the site, according to research done by Donna Graves in preparing the request to list it on the National Register. It is now up to the Board of Supervisors to finalize its placement on the list of local landmarks, which currently numbers 288.

Another property on the list is Glide Memorial United Methodist Church, whose building is considered to be two sites, a church at 330 Ellis Street and an apartment and hotel building at 301 Taylor Street. It is currently awaiting a vote by the California State Historical Resources Commission in support of its nomination for listing on the National Register of Historic Places.

Its application details how Glide has provided sanctuary to LGBTQ residents of its Tenderloin neighborhood as well as the citywide queer community for decades. It also notes its leaders have been vocal advocates on behalf of LGBTQ rights.

According to an update the preservation staff of the Planning Department presented to the historic preservation commission last week, it is unclear when city landmark designation will be sought for Glide's property.

Sites languish on list
In terms of the seven other LGBTQ sites, they have languished on the preservation staff's Landmark Designation Work Program. There are a total of 36 properties deemed to be of historic value for various reasons on the list.

The ones of importance to the LGBTQ community include 689-93 Mission Street, known as the Williams Building, which in 1954 housed the national headquarters of the Mattachine Society, an early homophile organization that relocated from Los Angeles, and 83 Sixth Street, which from 1966 through the 1970s served as the headquarters for the Society of Individual Rights, another homophile organization that was founded in San Francisco.

Two are located in North Beach: 710 Montgomery Street, once home to the legendary gay bar the Black Cat, where drag queen José Julio Sarria worked and used as his historic 1961 supervisor campaign headquarters, and 440 Broadway, once the site of lesbian bar Mona's 440 Club, famous for its male-impersonating performers clad in tuxedos.

The former site of Gene Compton's Cafeteria, at 101 Taylor Street, where 54 years ago transgender and queer patrons rose up against police harassment, and 1001 Potrero Avenue, which houses Zuckerberg San Francisco General Hospital's Ward 86 AIDS clinic, the first of its kind in the country, are also on the list.

As is 623 Valencia Street, which houses Community Thrift, a secondhand store founded by the Tavern Guild, the country's first gay business association, that raises money for a host of local nonprofits.

(While plaques can be found at the former sites of the Black Cat and Compton's explaining their place in LGBTQ history, neither of the buildings has been landmarked.)

When the septet of sites were added to the list four years ago, the B.A.R. noted that because none were in imminent danger of being demolished, they were unlikely to be immediately worked on. As the preservation staff noted in its update last week, all the properties are pending designation fact sheet development and initiation to be considered for landmark status.

While it was not on the department's list of sites to landmark, planning staff is now working on a report about the Noe Valley home of the late pioneering lesbian couple Del Martin and Phyllis Lyon. They are doing so at the instruction of the Board of Supervisors, which last week adopted a resolution introduced by gay Supervisor Rafael Mandelman that seeks to designate the property at 651 Duncan Street a city landmark within a shortened time span of 90 days.

The normally lengthy process it takes for properties to become city landmarks has been an issue for years, with historic preservation commissioners routinely expressing their misgivings about the sclerotic pace. Even when property owners seek landmark status for their buildings, it can be a years-long approval process.

Such was the case with the most recent LGBTQ site to be named a city landmark, the former Paper Doll Bar at 524 Union Street. It became San Francisco's 287th landmark June 18, 2019 after a lengthy years-long effort by the owners of the building.

"I know it is going to take a lot of time to do work on the landmark site list," gay historic preservation commissioner Jonathan Pearlman acknowledged at last week's meeting.

Fellow commissioner Lydia So echoed his concerns about the staff's ability to work on all of the sites on the list and if the department would have the resources and staffing it needed to do so.

"I am concerned about the resources we have and how do we prioritize and continue to keep all the relevant things to move forward and not be overly exhausting our staff," said So.

Part of the reason for the lengthy landmark process is the research and documentation required into the history of the sites; the Paper Doll's report, for instance, was 200 pages.

Planner Marcelle Boudreaux informed the commission that the preservation staff would have a better understanding in March of how many landmark applications they could process in 2021. Their goal for next year is to work on 12, which would be "slightly more" than usual, she pointed out.

One solution they are pursuing is having planning staff work on an historic site as part of their professional development, said Boudreaux.

Asked by Commissioner Richard S.E. Johns if the staff had looked at prioritizing the list of properties waiting to be landmarked, Boudreaux replied that the department agrees it makes sense to rank the sites from most important to least in terms of working on their applications but has had "trouble" doing so. She did note the department has sought advice from the public, including those in the LGBTQ community, on which sites it should focus on first.

"It is something we want to work through and bring back to the commission," said Boudreaux.

As the B.A.R. noted in 2016, Hannah Fong, a summer intern working with the planning department's historic preservation staff, pulled together the list of local historic LGBTQ properties from those highlighted in the citywide LGBTQ historic context statement that had been adopted the previous year. Her list included a 10th property, the Women's Building, which was already deemed a city landmark but was selected as a third property with LGBTQ ties to be given federal recognition.

It was named a national historic site in 2018. 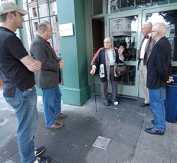