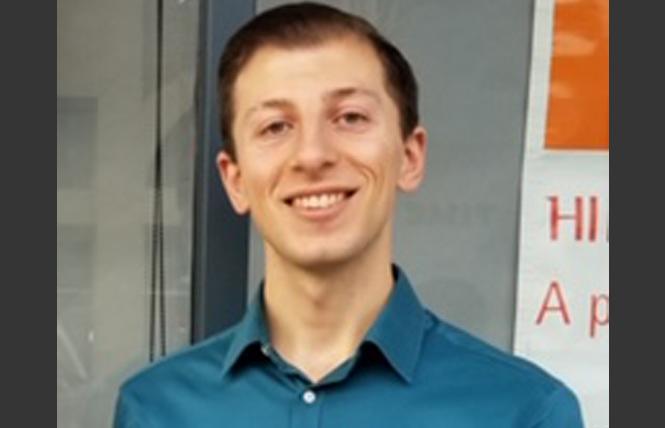 As a gay Black Redwood City resident prepares to become the first out person to serve on his City Council, a new Democratic club has formed to help elect more LGBTQ people to public office throughout San Mateo County.

The San Mateo County Stonewall Democrats formed in the spring and was officially sanctioned by the county's Democratic Party in July, co-chair Chris Sturken told the Bay Area Reporter in a recent interview. The 26-member political group elected Sturken, fellow co-chair Lexington Shimmers, and three other board members in August.

"We want to increase our presence on the Peninsula so no one is wondering if are there any LGBTQ leaders on the Peninsula, or is there a community? Yes, there is," said Sturken, 26, who grew up in Belmont and last weekend moved to Redwood City to live with his partner, Marcel Hite.

Shimmers, 53, a transgender African American woman, moved to Redwood City four months ago from San Jose, where she had been living in a shelter for female veterans. A former U.S. Navy hospital corpsman and an Army nurse stationed in San Diego, Shimmers had lived in San Mateo from 2011 through 2019 until she became homeless.

"If it was up to the current administration, they would have the right to say we don't have room for you," said Shimmers, referring to the Trump administration's adoption of a policy allowing homeless shelters segregated by sex to discriminate against transgender individuals.

A Peninsula Stonewall Democrats club for LGBTQ residents had formed in 2013 and was active until 2018, noted its former chair Jason Galisatus, who had been partners with Sturken. He told the B.A.R. it fizzled out that year when he ran for a Redwood City council seat and no one else stepped up to keep the club going.

"I'm very supportive of this new club!!" said Galisatus, who is a member and advising its board.

The other board members are communications director Steve Disselhorst, secretary Lelan Anders, and treasurer Krystle Cansino. They are also members of the county's LGBTQ commission, which in June helped get every city and town in the jurisdiction to celebrate Pride Month for the first time.

It was the countywide Pride Visibility campaign that partly inspired Sturken to relaunch the Democratic club for the county's LGBTQ community, which has few communal spaces where it can gather. He had been living in Foster City, whose council initially rejected entreaties to fly the rainbow flag but later agreed to do so in a divided vote.

"That initiative really lit a fire under me," said Sturken, noting one of the Stonewall club's first formal actions was sending a letter to Foster City officials asking them to reconsider flying the Pride flag.

Shimmers and Sturken have known each other for several years, as they are both members of the advisory board for the San Mateo County Pride Center, the area's LGBTQ community center that also assisted with the Pride campaign. While Shimmers told the B.A.R. she had a lot of "trepidation" about leading the Stonewall club, she decided to become co-chair in order to help elect a "blue wave" of Democratic candidates in November, from president on down to local races.

"I want us to right now focus on supporting our Democratic politicians running for office now, incumbents and also challengers. I think that is the most important thing right now," said Shimmers, who is in the process of being hired as a scheduler for a local Veterans Affairs medical center. 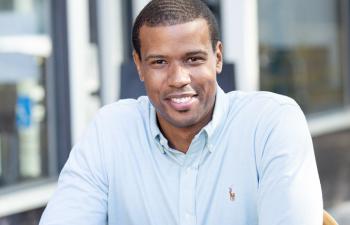 One such candidate is Stonewall club member Michael Smith, who is running unopposed for the newly created District 4 seat on the City Council in Redwood City. Although no one else filed to seek the seat, Smith argued for including it on the November ballot since it is the first time people in his Five Points neighborhood will be electing a district council person.

"There was a consensus this election, even though in some ways it is symbolic, it is a good use of city funds to help bring that district together," said Smith, 36, who relocated to the Bay Area in 2016 from Bridgeport, Connecticut.

Smith earned a B.A. in political science at Yale and an MBA at New York University. At the invitation of a friend who was starting a marijuana delivery service, he moved to California to help launch the business. While no longer involved with that company, Smith continues to have a financial stake in another cannabis firm, several consulting companies, and is an adjunct professor of business at Canada College, a local community college.

For the last two years he has served on the Redwood City Planning Commission. It was a policy fight — still ongoing — over allowing homeowners to build second story additional dwelling units that prompted him to run for the council seat.

"I am a staunch advocate for housing, especially housing affordable in nature," said Smith, who will be confronted with various housing issues once he takes his oath of office in December. "When I felt like there were factions in the city actively pushing against what I felt was reasonable land use policy, it really made me feel I wanted to have more of a voice on the council." 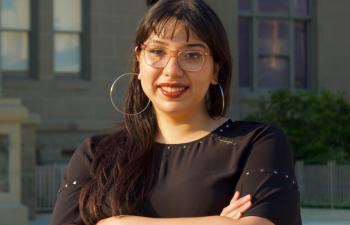 Aiming to join Smith on the council in the District 3 seat is Lissette Espinoza-Garnica, 24, a first-generation queer, nonbinary Chicanx who has lived in Redwood City their entire life. A graduate of Santa Clara University, where they earned an English degree, Espinoza-Garnica is one of two nonbinary local city council candidates running this fall.

The other is San Ramon resident Sameera Rajwade, 21, who also happens to be seeking their city's newly created District 3 council seat. Either would be the first known nonbinary person elected to a city council in the Bay Area.

Unlike Smith, Espinoza-Garnica has two opponents, one of whom is current City Councilwoman Janet Borgens. But with half of the district's 3,000 eligible voters under the age of 50 and many people of color, Espinoza-Garnica sees a path to winning the race.

"I think it does work more on my behalf, having the district this year. Having to run citywide would have been a lot bigger challenge campaigning for," said Espinoza-Garnica, who was laid off from their preschool job due to the health crisis and is now their grandmother's caretaker.

Active in local Black Lives Matter protests, Espinoza-Garnica was prompted to run for public office by the City Council's response to demands it reduce the police department's budget.

"I started getting more involved to defund the police in my city. When that didn't turn out the way we hoped at the final budget hearing, we decided to try to run someone," said Espinoza-Garnica, who ended up being the candidate when no one else stepped forward.

While a member of the Democratic Socialists of America Silicon Valley chapter, they are running as an independent candidate with no party preference. They aren't sure if they will seek the new Stonewall club's endorsement, since they are not a registered Democrat and were already turned down by a Latinx Democratic Club for that reason.

Sturken told the B.A.R. the club is set to send out questionnaires to candidates who request one later this week and should be making endorsements this month.

While Shimmers said she isn't interested in seeking public office, Sturken didn't rule it out at some point. They and the other board members will need to seek full one-year terms in their club positions in January.

"This is one of the most important elections of our lifetime. Right now, we all need to come together, we need to be informed, and we need to act," said Shimmers as for why she hopes people will join the Stonewall club.

For more information about the club, visit its Facebook page at facebook.com/SMCStonewallDems/ or email smcstonewalldemocrats@gmail.com

Correction
Last week's column misstated the source of the funding the GLBT Historical Society will use to hire a major gifts and capital campaign director. It is a $50,000 San Francisco Arts Commission grant. The online version has been corrected.