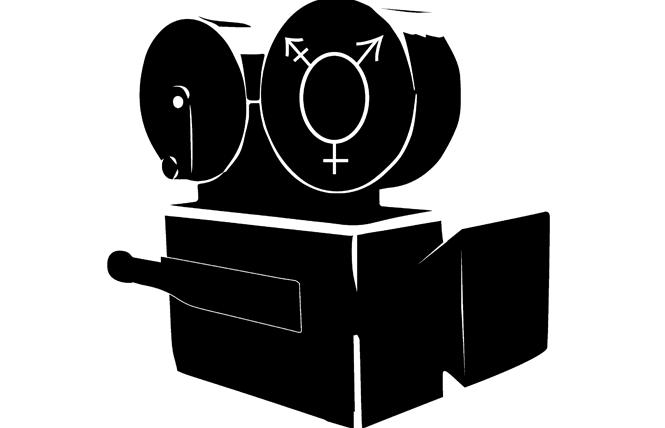 Netflix recently released "Disclosure," a documentary created by Sam Feder, Amy Scholder, and Laverne Cox. In it, a group of trans and nonbinary people go into detail on the history of trans images in movies and television.

It really is a remarkable piece of filmmaking, covering a fairly in-depth history of the good, bad, and ugly of trans representation, from D.W. Griffith's 1914 take on a trans character in "Judith of Bethulia" to FX's groundbreaking series, "Pose."

One thing that is clear through so many of the stories covered is just how much of the media centered on transgender characters over the years has not been made for a trans audience. Even the best of them are morality stories attempting to change non-transgender minds to be more accepting of trans lives.

Most, however, fall far from that mark. They are tales of trans serial killers, like Buffalo Bill in "The Silence of the Lambs."

They are also tragic plotlines, such as television shows like "ER" casting transgender women dying due to their bodies rejecting feminizing hormones or from prostate cancer. Some, too, are trans deceivers, wearing clothing associated with a different gender to get a job or find housing, such as in the 1980s sitcom "Bosom Buddies."

More often than not, though, the characters are played for laughs: caricatures of transgender identity, men in dresses, such as the Three Stooges in ballerina costumes.

"Disclosure," however, takes a look at each of these with a trans lens, and explores how these stories have shaped and affected both the popular view of transgender people, but also their own transgender lives. This, in my opinion, is key.

While the documentary covered a lot of ground, it was the movies and TV shows of the 1970s and 1990s that stuck with me the most. These were the ones I grew up with, and the ones I came of age with as a transgender person.

So many of them were such awful depictions, but in their time and place, as a young transgender person, they were also water in the desert. That is, a very problematic representation that, when it is the only likeness you have, is far more palatable.

"The Crying Game," covered in the documentary, is a good example. When the character of Dil — and here's a 28-year-old spoiler alert — is revealed as having a penis, another character, Fergus, runs to the restroom in a spasm of vomiting.

It's a terrible reaction, and set up many similar scenes of revulsion at trans bodies from "Ace Ventura" to "Family Guy." It is a moment that is hurtful, as a trans person, to watch; knowing that even people who were romantically attracted to us — up to that moment — will react to our very flesh with utter, uncontrolled, disgust.

Yet, at the time it came out in 1992, in many trans circles the view was different. People were excited to see a movie that appeared to have an actual trans person in it. As bad as it all was, it was still so rare to see anything approaching an honest representation as the character of Dil that many within the community largely glossed over how terrible the reveal and subsequent scenes were for that character.

The same could be said for 1999's "Boys Don't Cry." The film has many sins, not the least of them being the omission of Philip DeVine, a Black friend of Brandon Teena's killed the same night, from the narrative. Yet, at the time it was released, many — myself included — were happy to see a big-budget Hollywood film centered on such a tragedy. That Hilary Swank won an Academy Award was, at the time, also viewed as a positive by many in the community, a high-water mark for its era.

Another pivotal moment from "Disclosure" was the mention of Billy Crystal's character on "Soap," Jodie Dallas, who was planning to transition. Or, as it was put at the time, "get a sex change." There wasn't much trans on TV at the time in the 1970s.

Of course, that character was reduced to a gay man shortly after — which was presented in part as to why he wanted to transition in the first place — then he got married to a woman and had a kid, who later turned out to be the devil. But that is beside the point.

In looking back on "Soap," you can see how the character's female presentation was played purely as a gag: the unshaven face and wash-and-go blonde wig, coupled with a pink satin dress and otherwise masculine body make this clear.

Yet "Soap" was the first time I regularly saw a character who was actually presented as trans, right there on the front room with my parents, hunched over TV trays! This wasn't Corporal Klinger trying to dodge the Army on "M*A*S*H," or a comedic character like Geraldine on "Flip Wilson." In its time, this was quite the thing to see.

Nevertheless — like so many other examples — the Jodie Dallas character had a dual effect: while it helped illuminate me to my own transness, it was also feeding me a narrative that being trans was a horrible thing. This was all we had — but this was also abhorrent.

If you are trans or nonbinary, I recommend watching "Disclosure." Know, however, that it may hit some very soft spots for you. A lot of the material presented is hard to sit through. It is worth watching in its entirety.

And if you are not trans, you still need to watch this too. You will gain a very new perspective on trans lives, and enjoy a documentary that provides an honest and fresh view on trans representation in popular media.

Gwen Smith would really like to see a whole lot more from the "Disclosure" team. You can find her at www.gwensmith.com