Transmissions: What lies ahead 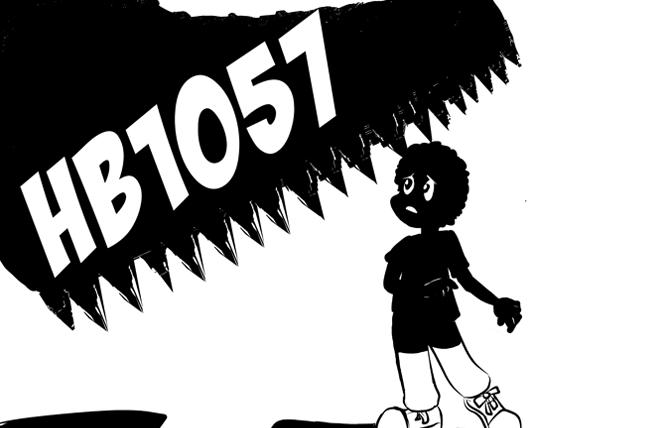 In statehouses around the country, the 2020 legislative sessions have fired up — and with them, several bills have been introduced to curtail the rights of transgender people.

The most notable have been introduced in South Dakota, an unlikely battleground for anti-trans legislation. Last year, the Mount Rushmore State tried, and failed, to pass many bills to limit trans rights, with most aimed at trans youth.

For 2020, rather than learn from previous losses, lawmakers ramped things up.

Already among the dead is Senate Bill 88, which would have required school counselors, psychologists, and social workers to break the trust of transgender or nonbinary youth, and inform parents if they "determine" the student may be "articulating feelings of gender dysphoria." This could, of course, be disastrous for kids who may feel they need to keep such information from their parents.

Second is House Bill 1057, which died February 10 in a committee vote. This bill would have prohibited doctors from providing medically necessary care to trans youth, including emancipated minors. This didn't just include surgery, but hormone treatments and puberty blockers. Doing so would have been a Class 4 felony, mandating a 10-year prison sentence as well as an optional fine of $30,000.

Appallingly, the bill offered one exception: medical intervention would have been perfectly fine under HB 1057 if the child is intersex, an issue intersex activists have fought against for years.

The American Civil Liberties Union of South Dakota had opposed HB 1057. It "was clearly fueled by a fear and misunderstanding of transgender South Dakotans," Libby Skarin, policy director for the ACLU of South Dakota, stated Monday after the 5-2 vote to kill the legislation.

While South Dakota is the hottest spot for these bills, it is far from the only state. Bills similar to HB 1057, for example, have also been introduced in Colorado, Florida, Illinois, Kentucky, Missouri, Oklahoma, and South Carolina. The Florida bill, H 1365, has died, while the others are still under consideration.

There's more still: Arizona wants to require school staff to use pronouns not consistent with one's identity and mandate sex education that focuses on biological sex rather than "gender identities." Kentucky wants to allow students to sue schools that let trans youth use a restroom that matches their identity, echoing attempts in South Dakota and elsewhere in 2019.

Finally, Alabama, Tennessee, and New Hampshire have taken yet another page from South Dakota's 2019 legislative failures, pushing to keep trans students from participating as themselves in school sports.

The legislative year is still young, too. We can expect even more.

It's no coincidence that all these bills are out there. For one, this is an election year with a widely unpopular Republican president and a lot of animus toward the GOP. Attacking transgender people is just the sort of "social issue" the Republican Party uses to fire up its base. All of the old anti-queer language they touted for decades now has the word "homosexual" crossed out and the word "transgender" written in in crayon.

Many of these bills are being pushed heavily by the same religious right organizations that have pursued anti-gay bills for decades. Still stinging from losses over marriage equality, they seek to turn transgender people into their newest target, allowing their coffers to fill with donations.

Not helping matters is the rightward push of the courts, including the U.S. Supreme Court, where many of these bills may eventually end up should they pass out of their statehouses. We're already facing a huge challenge to trans rights from the Supreme Court this year as it is, with R.G. & G.R. Harris Funeral Homes v EEOC & Aimee Stephens being decided later this year. No matter how that goes, the court will ignite far more attacks on trans rights going forward.

None of this is very good news.

Right now, in this moment, may be the most difficult time to be transgender in more than half a century. For better or ill, we live in a time when being transgender or nonbinary and simply existing is a radical act.

I've said it before, but now is the time when we simply must rely on each other, raise each other up, and look out for each other every step of the way. We need to show up, be visible, and be loud in ways that may scare us and may make things more difficult for us, at least for a while.

Furthermore, the ACLU is currently working on each of the above cases, and is an invaluable source in understanding every bill that comes forward to harm trans rights. If you have the option, please consider supporting it, or perhaps your local trans and LGBTQ rights organizations.

If that's not an option, then it's time to be there, for yourself and for the trans and nonbinary siblings in our community, who are in need right now. This year is a pivotal moment for trans rights, and no matter what happens with each of the above bills, we need to be there for each and every one of us.

Every bill sends a message that those in positions of power want us destroyed and forgotten. It is up to every single one of us to stand up and say no, we will not be erased.