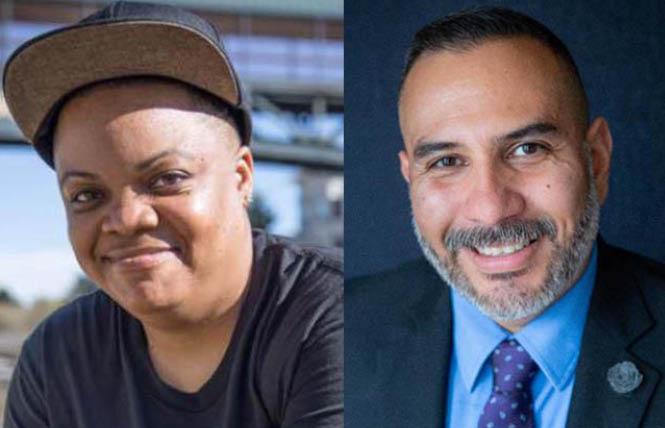 We were lied to. There's no other way to describe it. Our reporter, John Ferrannini, had been in contact with SF Pride for weeks, inquiring about when the organization would announce its permanent executive director. Then he was told by SF Pride board President Carolyn Wysinger on January 29 that we would get the news "when everyone else did." He made repeated requests to interim Executive Director Fred Lopez last month for the rollout information early so we might break the news first. We work with people and organizations regularly — often under embargoes that we honor — to bring news to you, our readers, as soon as we can, like many other news outlets do. Lopez wrote in a January 10 email that the executive director announcement was expected within the next two weeks, so we kept following up.

Employing a deliberate misinformation campaign is not how a nonprofit organization that receives public funding and support should operate — especially one with the stature and responsibility of SF Pride. When SF Pride leadership misleads us, it is misleading you, too. Our readers are very engaged with SF Pride and we keep tabs on it throughout the year, not just during Pride Month in June.

Incredibly, SF Pride isn't the only nonprofit to hire a new leader, have them start in the position, and then announce it. Folsom Street Events did the same last week. The board announced leatherdyke Sarah Patterson as its new executive director on January 28; we were told that she started the job on January 14. If this is some new trend among nonprofits, count us confused. Typically, an organization announces a new hire before they start the job.

We're deeply disappointed with the SF Pride shenanigans, and that senior officials — the executive director and board president — were untruthful. We hope this does not foreshadow standard procedure as Lopez oversees this year's golden 50th anniversary of the San Francisco Pride parade. As SF's leading LGBTQ publication, we will be covering all the angles. It will also be a huge national and international story, bringing media inquiries from all over the world. It's an excellent opportunity to spotlight the city and the Bay Area's large, diverse queer community. Yet SF Pride and its board seem utterly unprepared; they can't even announce news about their new leader in a timely fashion, or be honest about it when asked many times — a professional, more robust communications team is needed immediately.

A larger, immediate issue for SF Pride is a recent members' vote to ban Google, its YouTube affiliate, and the Alameda County Sheriffs' Office from this year's parade. We now know that the members took their vote the very day Lopez was hired as executive director. Due to misleading headlines in other publications, some people thought the ban was a done deal. But the SF LGBT Pride Celebration Committee Inc.'s board of directors has the final say in matters like this, according to the organization's attorneys. The matter is to be discussed after this week's print edition of the B.A.R. goes to press and we'll post an article about it on ebar.com after the meeting. But here again, Wysinger and Lopez (in his capacities as interim executive and permanent executive director) initially did not return requests for comment, except for a single statement and a single follow-up question from Lopez. Finally, Wysinger had to post to the organization's Facebook page to inform the public how the process works. It would have been much better if accurate information had been communicated at the outset before rumors and false conclusions were spread. If not handled adeptly and transparently with open communication, this issue has the potential to grow into a full-blown controversy that splits the community over the meaning of and who can participate in the parade.

In 2019, San Francisco Pride distributed a record-breaking $203,000 in grants to 40 nonprofit community partners during their annual grant making party, Lopez told us. Since the community partners program launched in 1997, SF Pride has given back a total of $3.4 million to Bay Area nonprofits. It's important that SF Pride explain how those donations might be affected if it starts banning corporations, and what role if any corporations can play in the parade.

Burying one's head in the sand and circling the wagons is not a good sign for any nonprofit organization — and we've seen it done over the years by various groups. Challenges need to be confronted as soon as possible. Positive news, such as the hiring of Lopez, should be done in a timely manner, not two weeks later. We know from our own experience that the best way to address mistakes or shortcomings is to take full responsibility and make improvements immediately.

Going forward, we hope that SF Pride officials can see the benefits in working with local LGBT outlets, which community members rely on for information, good and bad. We saw hopeful signs this week when Lopez did provide some comments for our updated story on his new position. A lack of transparency or candor does not indicate robust leadership and in time can only engender problems. It's too bad that SF Pride leaders were not more cognizant of that in their clumsy announcement of the new executive director, but it's not too late to do better.