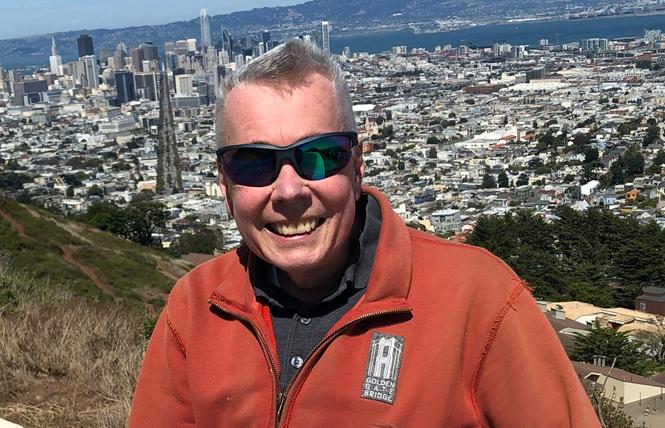 February 15, 1949 — January 9, 2020
It is sad to announce that Gregory Harvey of San Francisco passed away due to complications from multiple myeloma cancer January 9, 2020.

Greg was born February 15, 1949 in Dolton, Illinois to Kenneth and Faye Harvey. He attended John F. Kennedy High School in Chicago (class of 1968) and then went on to earn a bachelor's degree from the University of Illinois. In 1971, he moved to the San Francisco Bay Area where he spent his early years in the East Bay and attended Laney College, where he learned drafting. Greg then went on to computer training and taught at various training firms. He later taught courses on spreadsheet and database management at Golden Gate University.

His excellent teaching skills led Greg to write technical books for various publishers in the early days of the computer. He went on to become one of the first authors in the "For Dummies" series, for which he enjoyed creating material with his wit and easy way of communicating complicated things to the beginner. In 2004, Greg received his doctorate degree in humanities from the California Institute of Integral Studies in San Francisco. He also studied to perfection his love of many instruments, his favorites being the flute and harp.

Greg spent much time devoted to helping the community through volunteer work. Over the years, he was active with Maitri Compassionate Care, Zen Hospice Center, Hospice of Marin, and Sutter VNA Hospice. He is preceded in death by his parents and his first husband, Shane Gearing. He is survived by his brother Jerry Harvey (Joanne), of Crossville Tennessee; nieces, nephews, extended family and friends; and his husband, Christopher Aiken, of San Francisco, and their beloved Sheltie, Riley.

Internment will be held Thursday, January 30, at 10 a.m. Interment at the San Francisco Columbarium. In lieu of flowers, please donate in his memory to the Multiple Myeloma Foundation at http://www.myeloma.org