by John Ferrannini and Cynthia Laird 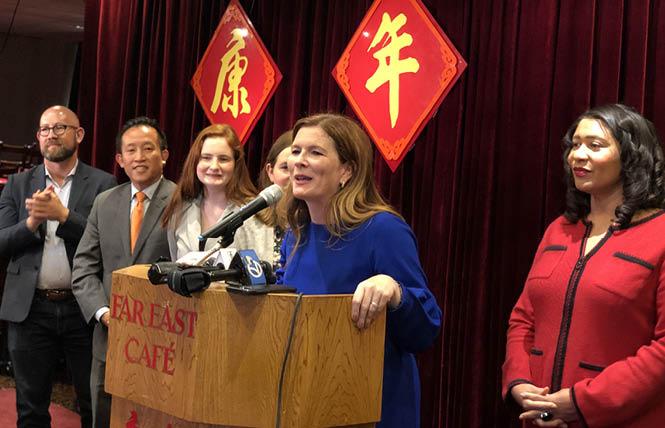 Protesters arrived at Portsmouth Square, the planned site of the announcement, which was moved to a nearby dim sum restaurant. The announcement led to a chaotic scene as the news media, detractors, and supporters of Loftus followed her through the streets of Chinatown to find the mayor at the new location. 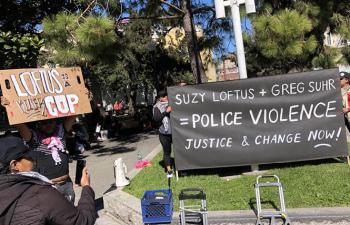 But current DA George Gascón announced Thursday that he was resigning effective October 18 in order to move to Los Angeles. He is widely expected to run for DA in that city and needs to establish residency, according to a story in the San Francisco Chronicle.

Gay District 8 Supervisor Rafael Mandelman defended the appointment, saying that it wouldn't be responsible of the mayor to leave the office vacant when there is a qualified candidate available.

Montoya said the SFPOA is "thankful" Breed did not appoint Chesa Boudin, who he described as a "criminal and domestic-terrorist apologist." When he was a toddler, Boudin's parents drove the getaway car in an armed robbery that took three lives. His mother spent 22 years in prison. His father is still incarcerated.

Tung, the most conservative candidate in the race, blasted the mayor's decision.

Early voting in the election starts next week.


Updated, 10/4/19: This story has been updated to include comments from the SFPOA and other DA candidates.