Transmissions: A battle won, but the war rages on 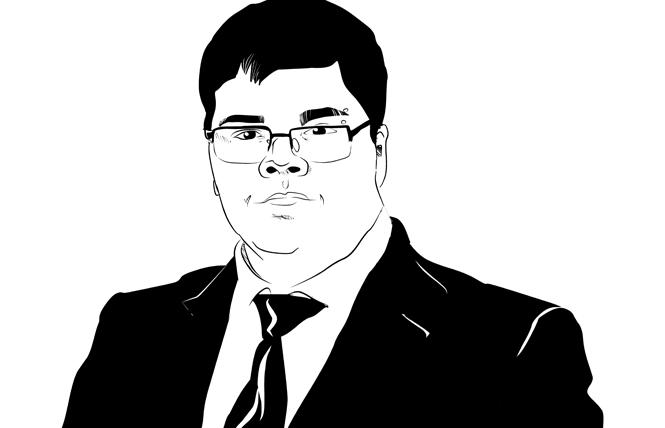 At long last, Gavin Grimm has won his case.

In 2015, when Grimm was a sophomore at Gloucester High School in Virginia, he came out as a trans boy. As soon as he opted for the boys' restroom, the Gloucester County School Board decided to require that all changing rooms and bathrooms, "shall be limited to the corresponding biological genders, and students with gender identity issues shall be provided an alternative appropriate private facility."

Grimm refused to use the girls' restroom, as well a broom closet that had been jury-rigged into a bathroom. With the support of the American Civil Liberties Union, Grimm sued the school under Title IX of the U.S. education code.

Last week, a federal judge ruled in favor of Grimm in his request for a summary judgment, determining that the school district had violated his constitutional rights.

For the uninitiated, Title IX is part of the Education Amendments of 1972, a follow-up to the Civil Rights Act of 1964. As written, Title IX is as simple as it is groundbreaking: "No person in the United States shall, on the basis of sex, be excluded from participation in, be denied the benefits of, or be subjected to discrimination under any education program or activity receiving Federal financial assistance."

In 2010, the U.S. Department of Education, under the Obama administration, issued guidance that clarified that transgender students were protected from sex-based discrimination under Title IX, and that trans students needed to be treated in a way consistent with their gender identity when it came to their time in school.

This, of course, has led to a lot of the arguments against trans students being given such treatment, and helped elevate right-wing attacks on transgender rights. It is also something that the education department, under the Trump administration, has been eroding. Education Secretary Betsy DeVos declared in 2018 that Title IX doesn't allow trans students access to restrooms appropriate to their gender identity.

The Department of Health and Human Services has been trying to go a step further, declaring that sex is determined at birth, halting recognition of transgender people's gender identity on a far wider scale.

Grimm's case has gone back and forth. Initially dismissed by Judge Robert G. Doumar, who also claimed that being transgender is a "mental disorder," the 4th U.S. Circuit Court of Appeals overturned Doumar's ruling and sent the case back to district court.

Eventually, the U.S. Supreme Court stayed the 4th Circuit, and even decided to take up the case — but changed its mind in early 2017, citing DeVos' new position on trans students and Title IX.

The Gloucester County School Board eventually sought to dismiss the case, which was denied by U.S. District Judge Arenda Wright Allen. She also declared that, in spite of the education department and the Supreme Court, Grimm had a valid claim under Title IX.

Last week, with Grimm requesting a summary judgment, Allen granted that and awarded him fees, expenses, and a token dollar for damages. More importantly, Allen issued a permanent injunction that requires the school board to update Grimm's transcripts to reflect his gender identity.

This is a very big deal. Even in the era of President Donald Trump and his rabidly religious conservative administration doing all it can to strip away the rights of transgender people, among so many others, in this we have a solid victory.

This is the second good win in recent weeks, of course. I recently wrote about the end of North Carolina's House Bill 2 with a victory for trans people in Carcaño v. Cooper, all but sticking a fork in the anti-transgender "bathroom bill" that ended Governor Pat McCrory's (R) career and cost the state roughly $400 million in jobs and investments.

Yet, while we can — and should — celebrate these victories, we also cannot be complacent. The next battle is on the horizon.

On October 8, the Supreme Court will hear cases that could devastate LGBTQ rights for decades to come, quickly quashing any joy we might feel in the wake of Grimm's win.

In Harris Funeral Homes v. Equal Employment Opportunity Commission, it is argued that Aimee Stephens, a transgender woman who sought to transition on the job and was subsequently fired, was discriminated against on the basis of her sex, and that terminating her violated Title VII.

Title VII of the Civil Rights Act, in short, does for employment rights what Title IX does in schools.

Harris Funeral Homes v. EEOC, coupled with Zarda v. Altitude Express and Bostock v. Clayton County — both of which are tied to sexual orientation discrimination is a form of sex discrimination under Title VII — could effectively strip LGBTQ people of any hope for federal protections. Given the current makeup of the court, this should frighten you right now.

All of this, too, is during a time when transgender people have largely been stripped of their ability to serve in the military, based on the flimsiest of arguments that, nonetheless, were accepted by this Supreme Court.

DeVos and the education department are also taking another stab at things, with their Office of Civil Rights looking into Connecticut's treatment of transgender athletes, claiming quite the opposite of the Obama administration by using Title IX to argue that non-transgender girls are facing sex discrimination by allowing transgender girls to compete with them.

The Trump administration, with the support of the Republican-led Senate under Majority Leader Mitch McConnell (Kentucky), has been busy installing very conservative judges across the country. As their numbers swell, it is highly likely we will see more and more challenges against our rights — and some of them we are likely to lose in this climate. This is why we need to be ready to fight for new leadership in 2020.

So, while Grimm has won his battle — and with it, may have helped protect every other transgender student — the war is far from over.

Gwen Smith encourages you to support the ACLU — and to be ready to vote next year. You'll find her at www.gwensmith.com.