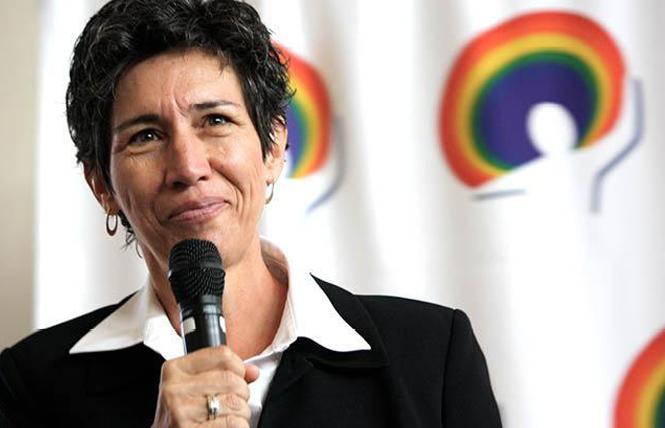 State legislation to allow a pilot supervised injection facility in San Francisco will not be debated in the Senate this year, the bill's co-sponsors have announced.

The state Assembly passed the bill, known as Assembly Bill 362, in late May, but Senate leaders referred the bill to three committees — more than the usual number — setting up additional hurdles for the legislation.

"The bill is still alive — and we are committed to passing it — but it will now be a two-year bill that we will advance next year," lesbian Assemblywoman Susan Talamantes Eggman (D-Stockton) and gay Senator Scott Wiener (D-San Francisco) said in a June 18 joint statement.

Mayor London Breed, who has been a strong proponent of safe consumption services for people who inject drugs — who number around 24,500 in San Francisco, according to a recent Department of Public Health estimate — expressed disappointment about the decision.

"While it's unfortunate the bill has been delayed until next year, I am still supportive of bringing a safe injection site to San Francisco," Breed told the Bay Area Reporter. "We need to get people indoors to a place where they can be connected to services so that when they are ready to seek help, there is someone there to help them. This may set us back in implementing one of these sites, but we will still continue to pursue our other public health efforts for those on our streets."

More cities interested
Supervised injection facilities allow people to use drugs under the watch of trained staff, reducing the risk of overdose deaths. They provide sterile syringes to prevent transmission of HIV and hepatitis B and C, and offer clients an entry point for seeking medical care and addiction treatment. Indoor sites also reduce street-based drug use and improper needle disposal, a growing problem in the city.

A supervised injection bill that applied to several California counties narrowly failed to pass the Senate in 2017. Eggman and Wiener tried again in 2018 with a narrower bill that included only San Francisco. That legislation passed the Assembly and Senate, but was vetoed at the last minute by outgoing Governor Jerry Brown. Eggman and Wiener reintroduced that bill in February; Governor Gavin Newsom has indicated he is open to the concept of a pilot program.

But now, some cities that were left out of the current bill have expressed interest in being included. Oakland Mayor Libby Schaaf and City Councilwoman Nikki Fortunato Bas have expressed their support for AB 362 and requested that the bill be amended to add Oakland.

"Given the bill's triple referral to three Senate policy committees and the ongoing discussions with cities that may want to be added to the pilot program, we believe it best to allow more time in the process so we can include communities that want to be included and so that we make this the strongest possible pilot," Eggman and Wiener said in their statement. "We are confident in this policy and the progress we have made, but we want to ensure we're not leaving out any city or county that wants the opportunity to save lives in its community."

"Delaying the implementation of an evidence-based program will result in more people unnecessarily dying due to the shame and stigma related to substance use," SFAF CEO Joe Hollendoner said in a statement. "Overdose is a leading cause of death for people living with HIV and injection drug users make up 25 percent of all new HIV diagnoses in San Francisco. We remain committed to working with our partners in City Hall and Sacramento to legalize these services, which will save countless lives."

In the same statement, SFAF announced that the agency will bring on board Laura Thomas, formerly with the Drug Policy Alliance, as its new director of harm reduction policy starting July 1. Thomas was previously a member of SFAF's policy staff in the 1990s.

"The delay in opening supervised consumption services in San Francisco is measured in lives lost," Thomas told the B.A.R. "We see the need for these services all around us every day. I'm optimistic that we will figure out how to take action and save lives here while this bill moves forward.

"I'm excited to be joining the San Francisco AIDS Foundation and bringing my harm reduction and drug policy expertise back to my HIV advocacy roots," she added. "Under Joe's leadership SFAF has increased its commitment to harm reduction and understands that we can't get to zero new HIV infections here without fully engaging people who use drugs."