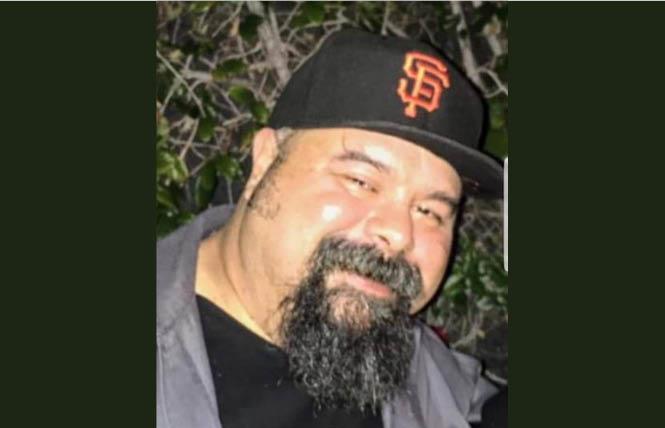 Friends are grieving the loss of SF Eagle co-owner Mike Leon, who died May 17.

Mr. Leon, who was three days shy of his 53rd birthday, died after sustaining a fall down the stairs at a friend's house in San Francisco, said his former partner and roommate, Eduardo Wagar.

It was after the former Eagle Tavern closed that Mr. Leon and his business partner, Alex Montiel, acquired the lease to the South of Market leather-themed bar. After about nine months of work it reopened as the SF Eagle, keeping the focus on the leather and bear communities.

Mr. Leon was also involved in the Eagle Plaza project, which Montiel will now continue. City officials formally approved the public parklet, which will front a portion of the bar on 12th Street, earlier this year. It will honor San Francisco's LGBT and leather communities.

Wagar, who has known Mr. Leon for about 25 years, said his friend was unflappable.

"Nothing rattled him," Wagar said. "He was very empathetic. He could sit with a total stranger and be a shoulder to cry on or offer advice."

Mr. Leon was born May 20, 1966 in Los Angeles. A graduate of the Otis Parsons School of Design (now known as the Otis College of Art and Design), he came to San Francisco 25 years ago and became an apprentice for a jewelry maker. He then opened Mea Cinis, a jewelry store in North Beach. The store closed when Mr. Leon became involved with working on the bar, Wagar said.

Wagar said he moved to the city in 1997 and met Mr. Leon "almost immediately."

"He was the most patient person," Wagar recalled. "Everyone loved him. He loved people."

Montiel was traveling and did not immediately return a message seeking comment.

In addition to Wagar and Montiel, Mr. Leon is survived by his husband, Ben Ames; his parents, Margarito and Evelia Leon; a sister, Nancy Copeland (Glenn); two nephews; and numerous aunts, uncles, and cousins.

A Catholic Mass was held May 29 at Saints Peter and Paul Church in San Francisco. A celebration of life was held that same evening at the SF Eagle.

Updated, 5/29/19: This article was revised and is as it appears in the print edition. It was posted earlier to inform people of the memorial services.