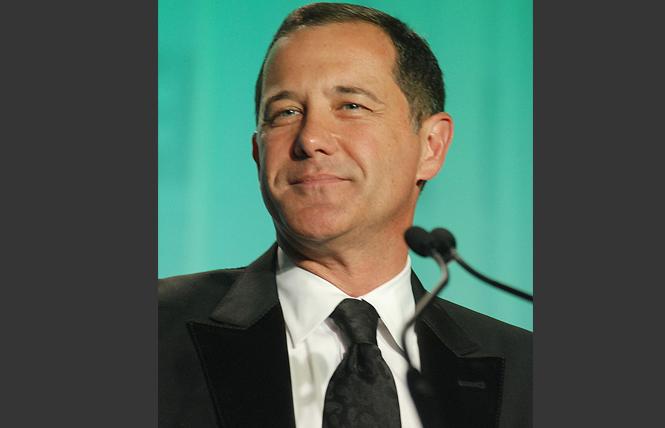 The Democratic National Committee has chosen Joe Solmonese, a gay man, as chief executive officer for the 2020 convention in Milwaukee, Wisconsin. His selection represents a remarkable achievement for LGBT people and a symbol of the Democratic Party's commitment to inclusivity and equality. He can reinforce those values by selecting an out trans person to deliver a prime time address.

Solmonese's tattered reputation in the trans community dates back to his former position as president of the Human Rights Campaign. At the time the national gay rights group had a poor record representing the "T" in LGBT. That disconnect was starkly apparent more than a decade ago in 2007, when congressional Democrats were divided on whether to include trans people in the Employment Non-Discrimination Act. Ultimately, gay former Massachusetts congressman Barney Frank (D) decided to split the bill in two — one that would address sexual orientation only and one that would include gender identity. Frank took his plan to then-Speaker Nancy Pelosi (D-San Francisco), who delayed the vote when word got out about the split bill and massive community mobilization ensued. HRC, however, tried to have it both ways: it reaffirmed its 2004 position of supporting a trans-inclusive ENDA, but would not lobby members of Congress against voting for the trans-exclusive bill. As ENDA's primary cheerleader outside of Congress, Solmonese came under withering attack from the LGBT community. That year, local activists and LGBT officials picketed HRC's San Francisco gala in response. Solmonese himself later came to San Francisco for a closed-door meeting with trans community leaders, a session that went poorly, as reported in the Bay Area Reporter. In November 2007, the House passed the trans-exclusive ENDA, but it died when that session of Congress ended. Today, HRC is more trans-friendly and regularly speaks out on trans issues. But among some trans community members, the organization will never truly represent them.

The 2020 Democratic convention will feature an array of diverse speakers, all delivering messages to their communities. Four years ago, Sarah McBride, national press secretary for HRC, became the first out trans woman to give a speech at a Democratic convention. But she delivered it on the last night, when nominee Hillary Clinton spoke, and it was not in prime time. There are a limited number of prime time slots, of course, but there are compelling arguments to be made for a trans person to have one of them.

1. As a direct rebuke on President Donald Trump's attack on trans people. Since taking office, Trump and his administration have actively undermined trans people and their right to self-identify. The most glaring example was Trump's tweet prohibiting trans people from serving openly in the military. The military ban has been bolstered by recent court rulings, though it remains unclear whether it can go into effect until other lawsuits are resolved. Regardless, it appears likely that the ban will be implemented. Meanwhile, it has real consequences and negative effects for trans people currently in the armed forces and those who would like to serve their country.

2. To highlight rescinded protections for trans students. Education Secretary Betsy DeVos' cruelty toward students was demonstrated again when she decided to strip away protections for trans students that were implemented during the Obama administration. The issue largely revolves around bathroom and locker room access at schools. All students deserve safe educational facilities, and DeVos' actions have made that more difficult, if not impossible, in jurisdictions that lack anti-discrimination laws.

3. To show the country that trans people are valued members of society. Last fall, the New York Times reported that the Trump administration was preparing a federal proposal to limit the identification of a person's gender to only "male" or "female" as is listed at birth. LGBTQ advocates contend that if this policy is enacted, trans people would not have federal recognition. The proposal, from the Health and Human Services department, would deny trans people government documents that match their gender identity.

We wouldn't opine without offering a solution, so here are four nominations for Solmonese to consider as he embarks on his new DNC role.

Danica Roem is a Democratic state legislator from Virginia. She is the first out trans person elected to the Virginia General Assembly and, in January 2018, became the first to both be elected and serve while openly transgender in any U.S. state legislature. Roem is also up for re-election this year. She would be an inspiring speaker both for delegates and those tuning in at home.

Lisa Middleton is a Democratic city council member from Palm Springs, California. She made history by being the first transgender person elected in California for a non-judicial position in November 2017. She has an inspiring personal story and can attest to the needs of older Americans, and how Palm Springs, a city known for its retirees, is inclusive of everyone.

Adam Spickler was appointed to the Cabrillo Community College Board of Trustees in Santa Cruz County last year after no one else filed to run in the election. He's the first trans man to hold public office in California. In light of the federal Education Department's war on LGBT students, Spickler could offer a powerful counterpoint. Additionally, many of the current Democratic presidential candidates support free community college, so the topic will probably be addressed at the national convention.

An obvious choice would be a trans service member. Democrats must always highlight that they are not "soft" on the military and an actual service member would personalize the president's misguided ban, which is opposed by many current and former military officials.

In short, Solmonese has myriad possibilities for an out trans convention speaker.

"The opportunity to lead the 2020 convention is a tremendous honor and I'm prepared to hit the ground running," Solmonese said in a statement last week announcing his hiring. "There is no better time than now to be a Democrat and next summer we will showcase the ideals and diversity that make our party, the city of Milwaukee, and our nominee special to the American people."

With 465 days until the convention's opening gavel, we urge Solmonese to carve out five to 10 minutes in prime time for an out trans speaker.