Jock Talk: Sweets and lumps of coal for all 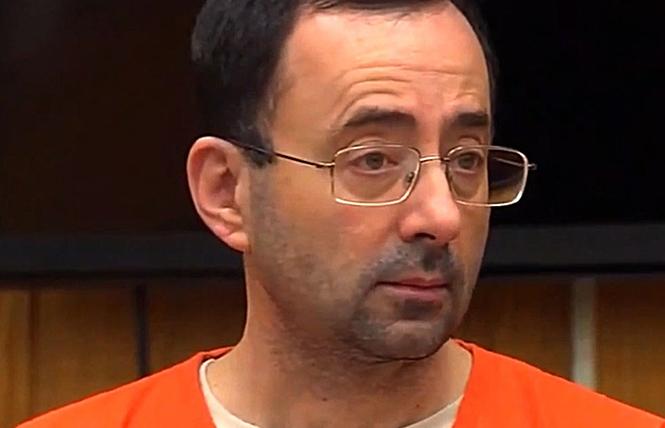 You've procrastinated all year and now have just a few shopping days left to get gifts for the holidays. I can't help you with what to get for your loved ones, but I do have some ideas on gifts for so many in the sports world.

For the former board members of the Gay and Lesbian International Sports Association and organizers of the failed Miami World Outgames: snug parkas. Sure, the criminal case may be fizzling and the civil lawsuit is dropped (for now at least), but you've got to be feeling pretty chilly after disappointing and misleading so many athletes for so many years. And for the folks who did sign up for the Outgames and the government officials who supplied funding: always remember to trust — and verify. Have answers before you write checks.

For the Golden Gate Women's Soccer League, whose mission has been to support and help grow participation in women's soccer but whose lack of an explicitly inclusive transgender policy has left it out of step with the national governing body and fueled reports of unsportsmanlike, transphobic behavior at some games: free consultations with the Women's Sports Foundation, Bay Area Women's Sports Initiative, and the Transgender Law Center in developing a fair, supportive, and inclusive policy.

For the leadership in the national governing bodies in gymnastics, swimming, and taekwondo, I suggest mandatory passes to a weeklong outdoor seminar in northern Minnesota in February teaching them how to spot and report sexual abuse. Not a little quickie course, but a grueling gut check with the necessary agony and suffering to give the folks an inkling of the suffering that has occurred on their watch. Add holiday cards for the other national governing bodies letting them know the seminar has more spaces available if the need arises. Former gymnastics trainer and team doctor Larry Nassar was convicted for his sexual abuse of hundreds of female athletes over the years, but he is not the only team official national governing bodies enabled through the decades.

On the plus side, orange is definitely his color.

For the owners of the Washington, D.C. NFL franchise (hell, the owners of just about any NFL team): an endless supply of prosthetic hands so they may never have to stop slapping their palms on their foreheads for failing to sign quarterback Colin Kaepernick, the former 49er star who sacrificed his career to draw attention to disproportionate violence against African-Americans. Apologists and revisionists assert he is not good enough to play in the league and should not represent any club because he allegedly disrespected the American flag. The reality is he never disrespected the flag, his protests were not against the armed forces but the misuse of force against fellow Americans, he's better than at least half of the quarterbacks in the league, and if he were given a shot under the revised rule that now opens up the passing game to an unprecedented degree, he'd show all doubters exactly how good a quarterback and person he is.

For international soccer representatives, who through an opaque and disreputable voting process awarded the World Cup men's soccer tournament to Qatar (after having awarded the past rendition to Russia): a jaded prayer that their event turns out being worth all of the grief and tragedy they have already sown and are likely to sow. In 2017, a British worker fell to his death during construction of one of the stadia and a coroner blamed that death on unsafe work practices; a worker from Nepal died at another stadium site later that year. That same year, Amnesty International found that a major contractor for the stadia construction, which has since shuttered its business, stiffed foreign workers for thousands of dollars in wages and left them stranded without the financial or legal means to return home.

This year, a dozen or so stories regarding LGBT issues were censored or removed entirely from the Qatar edition of the New York Times, which said the decisions were made either by the government or the local publisher. FIFA told ABC that its commitment to press freedom is a "cornerstone of FIFA's human rights efforts" but also said "Qatar as a host country is not subject to FIFA's statutes, nor is it bound by FIFA's human rights policy and related FIFA regulations."

As to Qatar's reputation for homophobic laws, it is illegal there for gays to marry, or have sex; gender transition is forbidden; and gay men are not allowed to donate blood. On the other hand, by comparison it was downright progressive when Qatar dropped the prison sentence for homosexual intercourse from five years down to a maximum of three 14 years ago.

Which makes me wonder: Who will they be able to get to choreograph the opening ceremonies?