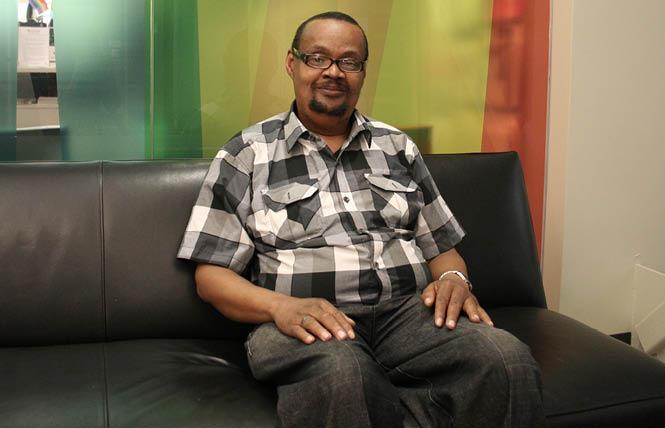 A gathering for Norman Tanner, a gay man who was killed in a hit-and-run collision in San Francisco earlier this month, will be held on the corner of Baker and Oak streets Friday, November 2, from 6:30 to 8:30 p.m.

According to San Francisco police, Mr. Tanner, a longtime HIV activist, was hit by a female driver of a Toyota Prius October 3. The vigil is at the site of the collision. The 60-year-old was crossing the street in the crosswalk at 9:11 p.m. when he was struck. The driver momentarily got out of the car but quickly sped off. Mr. Tanner suffered life-threatening injuries and died two days later at Zuckerberg San Francisco General Hospital.

San Francisco police have not made any arrests in the case or provided any updates to the Bay Area Reporter.

The gathering, organized by SFAF, will include candles and prayers for Mr. Tanner and his family. As previously reported in Mr. Tanner's obituary published in the B.A.R., he was a nationally recognized leader in HIV prevention and support efforts.

He was also a longtime leader in San Francisco's sober community, where he had mentored dozens of people and facilitated many support groups over the past several decades, according to friends.

Investigators are asking residents and business owners in the area of the incident to check surveillance cameras for any images related to the incident. Anyone seeing a black or dark blue Toyota Prius with front-end damage, or anyone with information regarding this incident, is asked to call the SFPD 24-hour tip-line at 415-575-4444 or Text a Tip to TIP411.