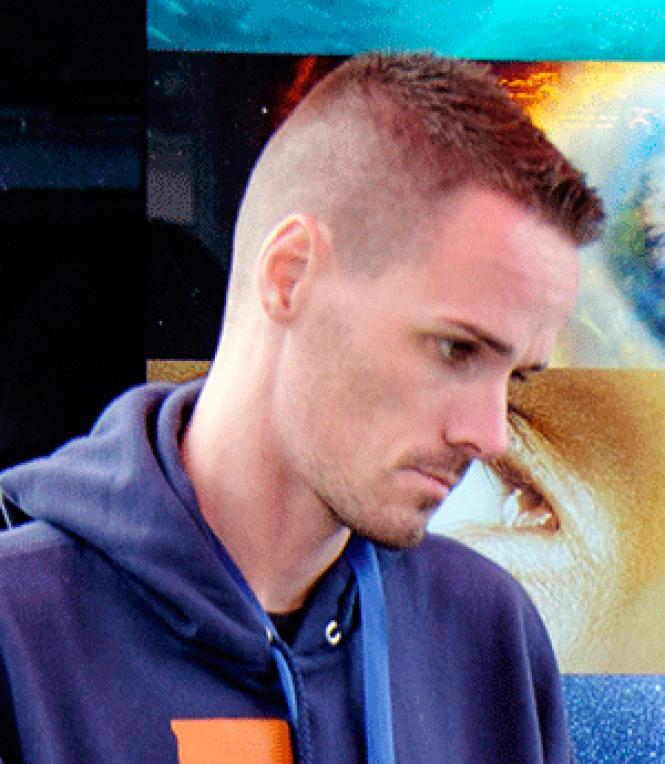 A gay former San Francisco police officer allegedly embezzled more than $16,000 from the department's Pride Alliance for LGBT officers, a recent email from one of the group's members said.

The email, which says Mike Evans, the ex-officer, has paid back several thousand dollars, also accuses current gay Lieutenant Chuck Limbert of trying to stop others from reporting the case. Limbert and other police officials say the embezzlement case has been forwarded to the district attorney's office. As of Tuesday, February 24, the DA hadn't filed charges.

Evans, who had been the Pride Alliance's treasurer but left the department several months ago, has denied the allegations, while Limbert, the alliance's president, has indicated he did nothing wrong.

In an email last Tuesday, February 17 to dues-paying Pride Alliance members that was shared with the Bay Area Reporter , Officer Andy Shakur said the organization had "conducted a financial audit" of its finances that revealed Evans had embezzled the money.

The audit results were presented to the alliance's board and Evans, through Limbert, "admitted to have stolen thousands of dollars from us and wanted to apologize," said Shakur. He said Evans eventually paid back almost $15,000 and Limbert "accepted the funds which were deposited into our account."

However, said Shakur, Limbert used "his position and assertion as president" and police lieutenant to order the group "not to refer this matter to the SFPD," particularly the Internal Affairs Division, for criminal and administrative investigations.

Shakur said that he, then-board Vice President Pat Burley, and then-Treasurer Candy Hilder "vehemently objected" and voiced their concerns "regarding how immoral, illegal, and downright wrong Chuck was to give such an order. Chuck then personally threatened any member of the PA with personal lawsuits if we made the result of our audit public to our members."

(According to Shakur, Burley, Hilder, and several others have resigned from the alliance. In a brief call last week, Hilder said she couldn't discuss specifics of the case since the investigation is open. Burley couldn't be reached for comment.)

Shakur wrote that after Limbert's alleged threats, he "immediately contacted" internal affairs and provided the unit with "all required information, regarding a crime committed by a fellow officer."

The division started its investigations, and the criminal probe "is still ongoing," said Shakur, but the administration part "has been canceled."

"Apparently, we as the Pride Alliance withdrew our admin IA complaint," he said in the email. "Mind you, there was never a meeting or consultation of you, our members, before this decision is made. I want to let you know, neither Pat, Candy nor I ever visited IA to withdraw our complaint."

Shakur said police administration promised him that the criminal investigation is being completed. That probe "will reveal many things and hopefully justice will be served," he said.

The B.A.R. wasn't able to reach Evans, who briefly ran for sheriff in 2011, for comment. But KTVU reported that in a phone call, he said, "I didn't embezzle anything."

The TV station also said that bank records in the case had first been called to the Internal Affairs unit's attention in August, and that some had been generated by ATM withdrawals from clubs in the Castro, among other places.

Limbert, who wasn't immediately available by phone, didn't respond to emailed questions regarding Shakur's claim that he ordered others not to go to the police department about the allegations. In a statement, he contradicted Shakur's account.

Limbert added that he couldn't answer other questions because of the "ongoing investigation."

In response to an interview request, Pride Alliance Secretary John Stephens said in an email, "This is still an ongoing investigation," and because of department rules, he and others couldn't comment.

However, he said, "In regards to the alleged actions of Lt. Limbert, I can say that the unauthorized email that was sent by a board member to the membership is rife with inaccuracies and untruths, is considered libelous and defamatory, and is being investigated by SFPD Internal Affairs."

The email from Shakur doesn't make clear the timeline of events, but the allegations appeared to come up at the alliance's October 14, 2014 board meeting.

Board members discussed the audit during a closed session, according to the meeting minutes, which list the resulting action as "Completed examination of potentially unauthorized transactions be moved forward to an IA/[criminal] investigation. This would include bank statements, prior minutes of the board and analysis of transactions with questionable transactions flagged."

Limbert and Stephens voted against the action.

In an email to the B.A.R., Limbert explained his vote by saying, "The investigation was not complete and I wanted an outside audit to be done before giving over the findings."

Stephens said in an email that at the meeting, the treasurer had "informed me that a large amount of money had recently been transferred into the Pride Alliance bank account. This amount was more than sufficient to cover the amount alleged to have been embezzled. I felt that if restitution had been made, and the organization had suffered no financial loss, then the criminal case was lacking and a criminal investigation was pointless."

He added that it would be "inaccurate to state that I was against forwarding this matter" to Internal Affairs. "I voted against a combined IA/[criminal] investigation for the above reason."

In a brief phone interview Monday, February 23, Police Chief Greg Suhr said that the case has been at the DA's office "for about a month."

Evans resigned from the department "late last year," said Suhr, and "our information is that he has made restitution to the Pride Alliance for all monies that were in question."

He said he didn't have the exact figure, and "I can't comment on any of the specifics of the case" since it "hasn't been adjudicated by the DA."

Asked about the allegation that Limbert had ordered people not to go to the department with the case, Suhr said he had "no information that that happened." He said if someone were to make a complaint, he would "speak to that if and when it comes."

Although he wouldn't address the details of the case, the chief said, "character is very important in the police department, but allegations are just that, so until a finding is made, everybody's entitled to due process."

Suhr added there's "no place" in his agency "for a dishonest cop," but said that would be a moot point, since Evans is no longer with the department.

Max Szabo, a spokesman for the DA, said his agency has received an embezzlement case, but he wouldn't confirm it was connected with Evans.

In an email this Tuesday, Szabo said, "It's an ongoing investigation. A charging decision is forthcoming."

KTVU reported that Evans, who's in his 30s, quit the police department "with full retirement benefits" but he "will lose his benefits if he is convicted of a felony."

In response to an email, Officer Albie Esparza, a police spokesman, said, "If a city employee is convicted of a felony, they may lose their benefits. We would only get back the money we put into our account. Also, we are not allowed to collect any retirement until we reach 55 years of age."

Pride Alliance member Lea Militello, a lesbian who reached the rank of commander before she left the agency and who helped found the alliance in 2002, said of the accusations against Evans, "The whole situation is just very sad. ... These are allegations" but "just the fact there are even allegations is heartbreaking to me."

Gay Police Commissioner Julius Turman said Tuesday that the case hasn't reached the commission, but the panel "will address it" when it gets there.