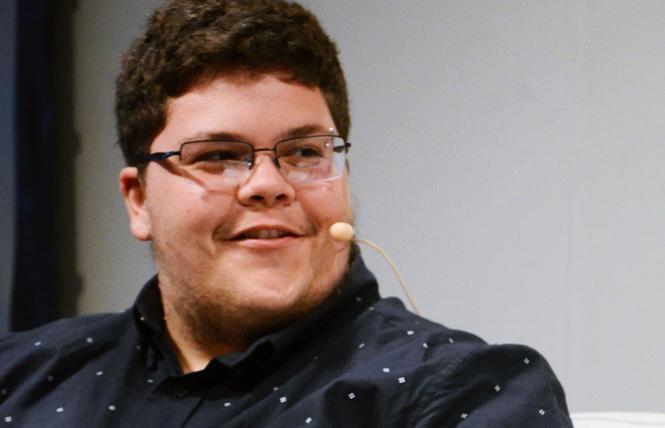 But chances are, neither judge will get to weigh in on the issue: That's because the judges on the 4th U.S. Circuit Court of Appeals panel, hearing arguments in Grimm v. Gloucester May 26, fully expect the U.S. Supreme Court to rule on a totally different transgender case that will almost certainly settle the issue for everybody — whether in school or the workplace.

"We're all aware that the Harris decision is going to come down in a few weeks," said Judge Henry Floyd, an Obama appointee on the panel, referring to the Supreme Court case Harris Funeral v. EEOC.

The hearing was conducted via videoconference due to the novel coronavirus outbreak.

Floyd asked an attorney representing the Gloucester, Virginia, school district in the Grimm case whether he agreed that, "regardless of which way it goes, the outcome of the Harris case with regard to Title VII, will determine the outcome as to the Title IX claim in this case?"

"I think so," said school district attorney David Corrigan. "I mean, we've tried to look at it every possible way ... and it is apparent that what they're trying to decide is 'on the basis of sex' and what's the definition of sex. And our position is it's a binary concept, that you have males and females."

The Supreme Court is expected to release its decision in Harris Funeral any day now and to declare whether Title VII of the federal Civil Rights Act, prohibiting discrimination based on sex in employment, also covers transgender status.

But the Grimm case was slowed down by politics on its first pass through the 4th Circuit. The 4th Circuit's initial ruling, in 2016, had relied on the fact that the U.S. Department of Education, under President Barack Obama, issued an opinion letter in 2014, saying Title IX requires "a school generally must treat transgender students consistent with their gender identity." But by the time the Supreme Court got the case in 2017, President Donald Trump had won the White House, and his administration withdrew the Obama administration opinion letter. The Supreme Court sent the case back to the 4th Circuit to re-consider given the Trump administration's action.

Meanwhile, the constitutional issues in the Grimm case proceeded at the district court, and in August of last year, a federal judge in Virginia ruled that the Gloucester school district violated Grimm's constitutional right to equal protection under the law. She ordered the school district to update its school records to reflect Grimm's gender as male. (Grimm has since graduated from high school.)

The school district appealed once again to the 4th Circuit, saying the district court judge's ruling amounted to a redefinition of "sex" under Title IX.

What matters, said Gloucester attorney Corrigan in court May 26, was that students use a restroom "consistent with their genitals." And for students who can't conform to that, he said, the school provides a separate single-stall bathroom open to any student.

The American Civil Liberties Union, which has been representing Grimm in the litigation, says the school's refusal to let Grimm use the boys' restrooms and forcing him to use the separate unisex bathroom was "stigmatizing and humiliating" to him.

Judge James Wynn, an Obama appointee, appeared to sympathize with that view.

Wynn questioned the school district's attorney about how the school would deal with a student, like Grimm, who was in the middle of transitioning, "not fully male or fully female." Corrigan said the single-stall bathroom was the solution.

"So you've created sort of a separate but equal bathroom, right?" asked Wynn.

"Well, it's not separate but equal because it's available to everyone," replied Corrigan.

"That's like saying a black school is open to anybody ... but you never had a white student go to one of those schools," said Wynn.

"I actually went to one of those schools," said Wynn, who is African American. "I know what I'm talking about on that."

Echoing Chief Justice Roberts
Judge Paul Niemeyer, an appointee of President George H.W. Bush, drilled down on what he termed the "analysis problem" posed by Supreme Court Chief Justice John Roberts during oral argument in Harris Funeral last October. According to Roberts, when you analyzed a claim based on the person's sex — "whether you're a man or a woman" — there is no disadvantage.

"But if you analyzed it on the basis of transgender status," said Roberts, "there is, because you want to use the women's restroom and be biologically male."

Niemeyer said Grimm was in that category.

Because Grimm had not yet fully transitioned to male, his genitalia were female and, said Niemeyer, Title IX "authorizes discrimination between the sexes with respect to bathrooms and locker rooms, showers and residences on campus."

"It's pretty clear to me that the statute makes an exception for residences, bathrooms, locker rooms, and showers, with the idea that ... different sexes, male and female ... the institution can separate them," he said.

"There was clearly nothing in the record to suggest that Congress, when it enacted that, was thinking of transgender persons," said Niemeyer. "Now we have this transgender situation, and I'm wondering how we conduct the analysis. It seems to me — isn't this better for Congress to handle, because it doesn't work, as Chief Justice Roberts noted ... the criteria used in the statute don't fit these facts."

ACLU attorney Josh Block tried to respond by pointing out that Title IX "unambiguously prohibits discrimination" because of sex, but Niemeyer continuously interrupted him.

Eventually Block was able to say that he believes "what the Supreme Court says in Harris Funeral will be very informative on whether discriminating against someone based on they're transgender is discrimination based on sex."

The graduate
Grimm, who turned 21 this month, now lives in the San Francisco Bay Area. He graduated from Gloucester High School in 2017, but the outcome of the lawsuit is still important to him because, even though the state of Virginia issued a birth certificate and a driver's license to him indicating his gender as male, the school still refuses to change his records, which might be needed in college and job applications.

Grimm came out to his parents as transgender during his first year at Gloucester High, a relatively rural school in eastern Virginia. Although he had been identified in various documents throughout his life as a female, his parents supported his decision to begin living true to the gender he perceived himself as. A psychologist diagnosed him as having gender dysphoria and recommended he be allowed to live as a male. His high school guidance counselor agreed but recommended Grimm use a restroom in the nurse's office, an arrangement that Grimm felt was stigmatizing. Eventually, the principal and the school district's superintendent agreed Grimm could begin using the boys' restrooms.

Everything went well until about two months into the arrangement when parents of another student began to complain and the school board passed a policy requiring that students use restrooms that align with their "biological genders."

Updated, 5/27/20: This article has been updated on the Harris funeral home case.