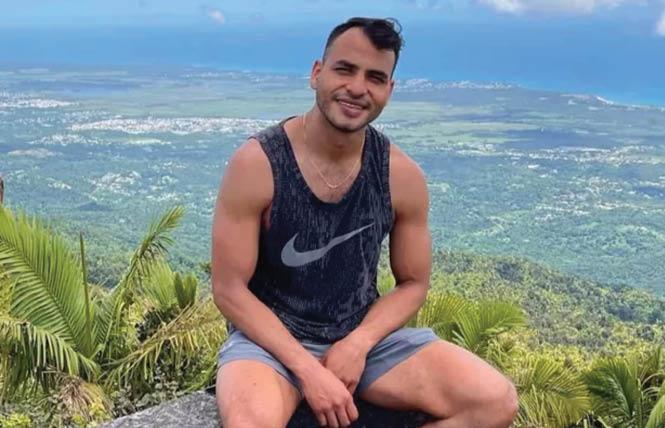 The San Francisco Police Department is investigating a possible assault in the Castro neighborhood that led to life-threatening injuries for a gay San Francisco man.

SFPD Public Information Officer Adam Lobsinger said that police officers became involved January 6 when they "responded to a local hospital regarding a victim of a possible assault."

"The victim, a 33-year-old male, was admitted to the hospital with life-threatening injuries," Lobsinger stated January 7 to the Bay Area Reporter. "Officers conducted a records inquiry and determined that the initial incident occurred on January 3, 2022 at approximately 2:16 a.m., where personnel from the SFFD responded to the 2300 block of Market Street regarding a person down. The victim was transported to a local hospital where he was admitted."

According to Benjamin Ordaz, who is also gay and was visiting from Los Angeles, the victim is his friend, Jose Luis "Pepe" Solis. Ordaz set up a GoFundMe for Solis, which raised $17,186, though he had to "put a stop on it since I need to figure out the IRS implications."

According to Ordaz, Solis was found "lying unconscious on the doorway of 2323 Market Street" (adjacent to the Castro's Fitness SF)

"He had a blunt trauma to the back of the head with a large laceration," Ordaz wrote in an email to the B.A.R. "He was then taken to SF General hospital. He is currently in critical condition under induced coma with severe traumatic brain injury and edema of the brain. His mom and brother are visiting from Mexico to be by his side. We still don't know who or what was the mechanism of injury."

This young man was walking home from Toad Hall in the Castro when he was attacked from behind. Paramedics found him unconscious in the street and now he's in a medically induced coma fighting for his life. His mom is here from ???????? to be with him. https://t.co/qJqYhzSQkj— Asian Crime Report (@activeasian) January 6, 2022

Lobsinger stated that "friends and family of the victim were unsure if the victim's injuries were medically related or if he was the victim of a crime."

"Friends and family contacted police, who authored an incident report and initiated an investigation," Lobsinger stated. "The incident is being investigated by the SFPD Night Investigations Unit."

Ordaz told the B.A.R. that he's "still in shock about what happened and a little overwhelmed." He stayed a couple of extra days in San Francisco to help Solis' family, who are visiting, but is now home in Southern California.

"His family were visiting for the holidays and they were planning to leave in about a week but the mom wants to stay as long as she can," Ordaz said. "The doctor told her it may take weeks or even months - even up to six months."

Ordaz said the family has been in touch with the police since January 6.

"The police just started the whole process," Ordaz said. "We're hopeful we'll find out more information about how this happened."

Solis has lived in San Francisco for about six years, Ordaz said.

Anyone with information is asked to call the SFPD Tip Line at 1-415-575-4444 or Text a Tip to TIP411 and begin the text message with SFPD. You may remain anonymous.