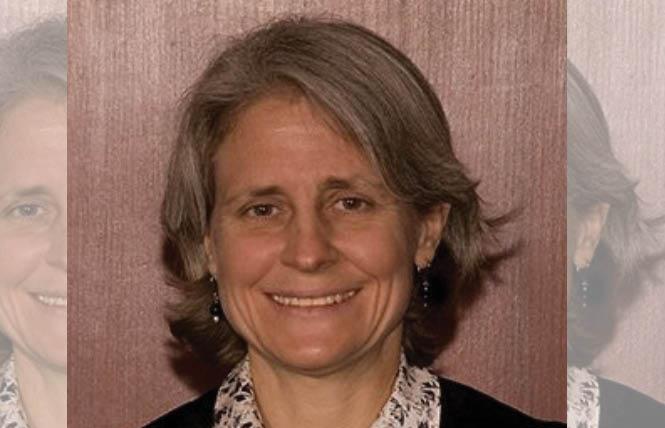 The U.S. Senate on Monday confirmed the appointment of the first openly LGBTQ woman for a seat on a federal appeals circuit bench.

Monday's roll call vote, 51-45, came with no debate on the Senate floor, but followed an unusually crass interrogation of the nominee, Beth Robinson, on paper. After challenging Robinson in the publicly broadcast confirmation hearing last month, Republicans posed a sometimes-bizarre series of questions through behind-the-scenes Senate questionnaires. Among other things, Republicans asked Robinson: "How many biological sexes do you believe there are?" and "Do you think it is appropriate for an individual to threaten a 6-year-old girl with a box cutter by telling her that he would kill her in her sleep?" One senator named two-dozen landmark U.S. Supreme Court decisions — from Marbury v. Madison in 1803 (which established the court's authority to review the constitutionality of laws) to Brown v. Board of Education (ending segregation) to Loving v. Virginia (ending bans on interracial marriage) — and nearly every pro-LGBTQ decision issued since 1997 and asked whether each was "correctly decided."

Republican senators used the televised confirmation hearing September 14 to assert claims that Robinson showed "marked hostility toward religious liberty," ask whether she "ever represented a terrorist at Guantanamo Bay," and insinuate that she would be attempting to "drive broader social change" on the court.

Robinson, a justice of the Vermont Supreme Court, answered each question, and the Senate confirmed her appointment to the 2nd U.S. Circuit Court of Appeals. The vote makes Robinson the first openly LGBTQ woman to be confirmed to a federal circuit appeals court seat.

Robinson has been serving on the Vermont Supreme Court since 2012. Prior to that, she was involved in several prominent legal challenges seeking equal marriage rights for same-sex couples. She played a key role in the litigation that won the nation's first civil union designation, in Vermont in 2000. She later served as chief legal counsel to then-Vermont Governor Pete Shumlin, who nominated her to Vermont's highest bench.

During the confirmation hearing, Republicans on the Senate Judiciary Committee lined up against Robinson, saying that, early in her career as an attorney, she had demonstrated hostility toward religious liberty. Senator Ted Cruz (R-Texas) accused Robinson of "marked hostility toward religious liberty." His evidence was her work as a private attorney representing a client who sued a Vermont printer for refusing to print flyers for the client's Roman Catholic pro-choice group. Cruz said Robinson sought to "force" the printer to print "membership cards for a pro-abortion group."

Robinson pointed out that the case to which he was referring was one in which she was representing a client who was herself suing over discrimination based on her religion.

"My client was a Catholic," replied Robinson. "She was [at the printer's] to get flyers for Catholics for Choice printed. She was deeply offended by the suggestion [by the printer] that she wasn't a true Catholic and that was the reason why the printer wouldn't print [the client's] materials."

The case settled before any court ruled on the merits of the issue, recalled Robinson.

In his written questionnaire to Robinson, Cruz asked, "How many biological sexes do you believe there are?" Robinson declined to respond, noting, as most nominees nowadays do, that the issue was likely to come before her in court.

Senator Josh Hawley (R-Missouri), during the public hearing, also attacked Robinson over the printer case. On his written questionnaire to Robinson, Hawley also asked "How many sexes and genders do you believe there are?" and "Do you think it is appropriate for an individual to threaten a 6-year-old girl with a box cutter by telling her that he would kill her in her sleep?"

Robinson said, "No," and explained her dissent in a case in which the court had to decide whether a box cutter constituted a "deadly weapon" in a particular circumstance.

Cruz and Hawley have been criticized harshly in recent months for fanning the flames of insurrection around the January 6 attack on Congress. Their harsh questioning of Robinson — and other Biden nominees — could have been motivated in part by an effort to deflect attention away from their culpability in attempting to interfere with the certification of the 2020 presidential vote. It might also be a symptom of the ever-increasing partisan battles in Congress, attempting to derail the other party's judicial nominee by whatever means necessary.

Lambda Legal Defense and Education Fund was pleased with the confirmation vote.

"Judge Robinson's extraordinary professional expertise makes her well qualified for this important position and her confirmation as the first openly lesbian judge to a federal appeals court seat is cause for celebration for our community," stated Sharon McGowan, Lambda Legal's chief strategy officer and legal director. "LGBT representation in the courts is critical because judges that more accurately reflect the diversity of our nation give legitimacy to these important institutions, which have such a profound impact on the lives of so many. Judge Robinson's lived and professional experiences will be assets in her work to fulfill our nation's promise of justice."

"Beth Robinson's confirmation is a milestone for the federal courts and a great development for the millions of people living and working in the 2nd Circuit," PFAW President Ben Jealous stated. "Judge Robinson will be the first openly LGBTQ+ woman on any federal circuit court. She has served with distinction on the Vermont Supreme Court and has had a notable legal career upholding workers' rights and LGBTQ+ rights. With every new confirmation of a federal judge, the Biden-Harris administration and Senate leadership are moving us closer to the ideal of a federal judiciary that truly serves all the people, not just the privileged few. And they are doing it at a rate that demonstrates their commitment to the courts as the top priority that they are."

Robinson, 56, graduated from Dartmouth College and the University of Chicago Law School before beginning private practice in Middlebury and Burlington, Vermont, with the law firm of Langrock Sperry & Wool, focusing on family and employment law. GLBTQ Advocates & Defenders presented her with its 2009 Spirit of Justice Award for her work in promoting passage of Vermont's marriage equality law in 2009. She is married to Dr. Kim Boyman.