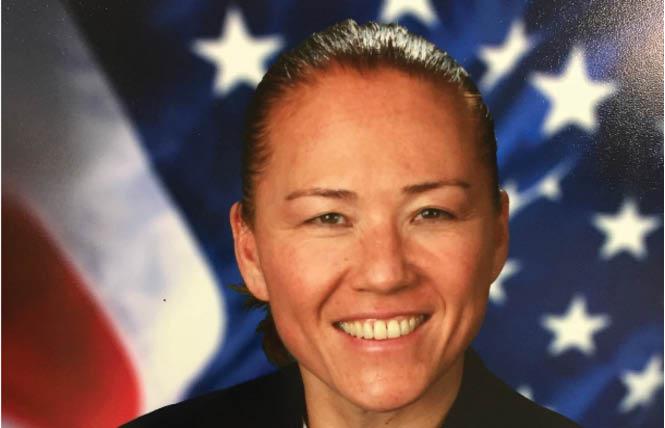 A San Francisco Fire Department assistant chief became the third — and highest ranking — member of the LGBTQ community to publicly accuse the department of discrimination this year.

Assistant Chief Nicol Juratovac, a lesbian, filed a claim of whistleblower retaliation and discrimination against the San Francisco Fire Department and the city's Department of Human Resources March 5.

"AC Juratovac has become the target of a relentless campaign of harassment and discrimination by department leadership for taking on the good old boys mentality at the SFFD," the claim states. A claim is a precursor to a lawsuit.

Juratovac is asserting that she was retaliated against after exposing cheating on promotion exams, safety violations, and racism in the department — as well as for blowing the whistle on what her attorney, Mark P. Fickes, of Cannata O'Toole Fickes and Olson, described as a "drunken" party at a fire station in Noe Valley in 2017.

"AC Juratovac heard significant chatter about a going-away party at Station 11, where on- and off-duty firefighters were consuming alcoholic beverages (clearly against SFFD rules), and that a probationary firefighter was sexually harassed by another firefighter," the claim states. "AC Juratovac initially referred the information to another assistant chief who was on duty on the date of the party. Later, AC Juratovac was told by her colleagues that this assistant chief was telling others that AC Juratovac was 'putting the heat' on him to investigate the Station 11 incident."

When asked about what prompted the complaint of racism, Fickes told the Bay Area Reporter that "it is a collective issue, a combination of things."

"Here is the highest ranking Asian woman, who is also LGBTQ, to rise to assistant chief in the history of the department," said Fickes, a gay man who is speaking on behalf of himself and Juratovac. "Clearly as a result of her support for disenfranchised groups, she has been the target of a weaponized disciplinary process."

Juratovac has had seven disciplinary investigations, six of which were thrown out as frivolous, Fickes said.

"For one, which was for a routine fire drill, the punishment imposed on her is more serious than for other people," Fickes said. "When you take a look at the way misconduct and alleged misconduct is handled in the department, clearly the investigative process is worse if you're not a straight, white male."

Fickes said that there is a systemic problem at the SFFD, using the term "good old boys" on multiple occasions during a phone interview.

"The department furthered efforts to harass, discriminate and punish [Juratovac] for taking on discrimination," Fickes said. "This has been going on for years."

Filing the claim is "is the first step in a lawsuit," a new release from Fickes' office states.

"This is at the claim phase and isn't litigation yet, so the Fire Department is going to be responding to this," John Coté, communications director for the office, stated to the B.A.R.

The B.A.R. requested an interview with Fire Chief Jeanine "Neen" Nicholson, a lesbian whom Mayor London Breed appointed to the top job in 2019. The department responded with a statement.

"The city and the Fire Department take equal employment issues seriously," spokesman Lieutenant Jonathan Baxter stated. "We are committed to fostering a welcoming, inclusive workplace free of discrimination or harassment based on race, gender, sexual orientation, or any other protected characteristic. We are also committed to a workplace free of retaliation for any protected activity. As this involves a personnel matter, we are unable to comment on it at this time."

When asked again if the chief would be open to speaking to the B.A.R., Baxter replied, "The reply I sent is our current statement."

"My perspective, as an openly LGBTQ lawyer, is here we have Chief Nicholson — who identifies as an out lesbian — and who has benefited from policies to protect LGBTQ people ... and yet when push comes to shove, rather than try to vindicate the rights of others from marginalized communities, she seems to have sided with the good old boys in targeting people like the assistant chief," Fickes said.

Other cases
Two Black LGBTQ SFFD members are involved in lawsuits against the department.

In January, gay firefighter Keith Baraka sued the city, as the B.A.R. reported, on account of racial and sexual orientation discrimination.

The following month, paramedic Ronnie Jones, a transgender man, sued, as the B.A.R. reported, alleging that he had been discriminated against on the basis of his race and gender identity, harassed, and retaliated against.

Baraka and Jones are both being represented by attorney Angela Alioto, a past president of the Board of Supervisors.