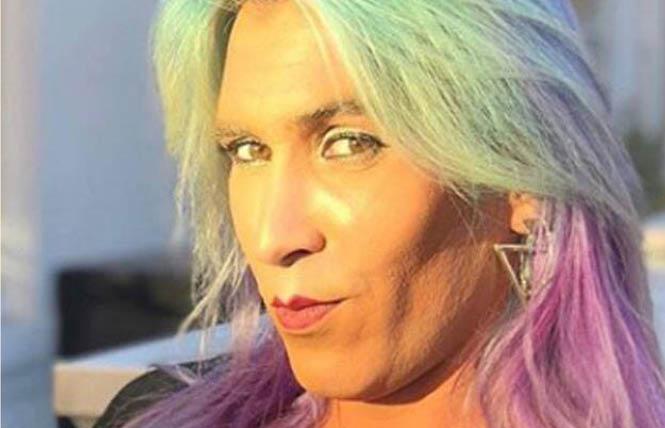 Daphne Dorman, a transgender comedian and activist who gained national prominence after being referenced by Dave Chappelle in his controversial Netflix special, died by suicide October 11, according to media outlets and San Francisco officials.

Ms. Dorman, 44, was a San Francisco resident who hailed from Philadelphia. Her last Facebook post included an apology, a message of love for her friends, and a picture of her and her young daughter.

"How do you say 'goodbye' and 'I'm sorry' and 'I love you' to all the beautiful souls you know? For the last time," the post read.

Within hours, she was dead.

The San Francisco Police Department confirmed Tuesday afternoon that it responded to the incident, but that it couldn't provide further details.

"The matter is under investigation by the SF Office of the Chief Medical Examiner," a police official wrote in an email.

Clair Farley, director of the city's Office of Transgender Initiatives, knew Ms. Dorman and tweeted about the sad news.

Rest in Power @DaphneDorman - you humor and giving spirit will be missed in the world. I hope you found peace. Sending love to all her family and friends. Please reach out for support if you need support. ?? https://t.co/6dpOaXKwrs pic.twitter.com/8xZJe4LdSD— Clair Farley (@ClairJoyFarley) October 12, 2019

Farley said that Ms. Dorman's death is "an incredible loss."

"I have known Daphne for years, she was an important part of the Bay Area's trans community," Farley said. "Daphne was one of the kindest and funniest person in the world, she never let anything get to her and was always giving back."

Farley said that "suicide is all too common for our community."

"It is so important that trans and all LGBTQ people feel supported by their families and communities," she added. "With the continued attacks on transgender people from Washington and states across the country it is important we continue to say they are valued and loved. If the trans community is looking for support they can call Trans Lifeline or stop by Trans:Thrive."

Farley said she met Ms. Dorman while the latter spent time volunteering for the San Francisco LGBT Community Center, teaching classes to help transgender people who were interested in getting into the tech industry.

In an emailed statement to the Bay Area Reporter, Rebecca Rolfe, a lesbian who is the executive director of the San Francisco LGBT Community Center, said that she remembers Ms. Dorman shared her time and talent "to help uplift the trans community."

"She was especially committed to paving a road to success for all transgender people by removing common workplace barriers through her work with Transcode and the #HireTrans campaign," Rolfe said. "Daphne's death is a true loss to our community and an opportunity for us to re-dedicate ourselves to ensuring that all trans people have the tools and resources they need to thrive."

Only weeks ago, Ms. Dorman was catapulted into the spotlight in the controversy over comedian Chappelle's Netflix special "Sticks & Stones."

The Chappelle special was widely criticized as transphobic and homophobic for Chappelle's jokes. In the epilogue of the special, Chappelle tells the story of a trans woman named Daphne who he said laughed the hardest at his jokes in the set where he joked about transgender people and issues while he was doing a show in San Francisco.

Chappelle said that after the show, he and Ms. Dorman met up at the bar and she thanked him for "normalizing transgenders."

Ms. Dorman acknowledged she was the woman who Chappelle referred to in the special, even going so far as to change her Twitter biography to "Yep, I'm the Daphne that Dave Chappelle is talking about in Sticks and Stones."

"I need to say goodbye to my sister and am in no way financially capable of having a proper memorial service for her," Kugler wrote. "Any help is greatly appreciated. Anything not used will go into a fund for her daughter."

Netflix and the San Francisco Medical Examiner's office have not returned requests for comment as of press time.

Updated, 10/15/19: This article was been updated with additional comments.