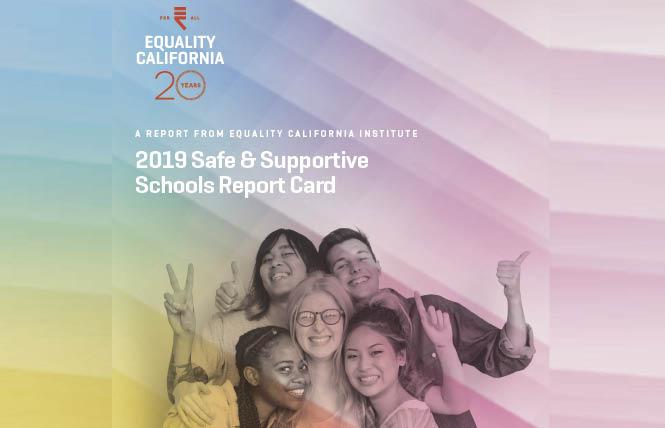 The findings come from Equality California's 2019 Safe and Supportive Schools Report Card, which it officially released Monday (May 13). A corresponding website detailing the report's findings and results for individual school districts also went live at http://safesupportiveschools.org/.

The survey was broken into five areas of concern: school climate, cultural competency training, transgender and gender-nonconforming students, curriculum, and suicide prevention. All of the participating school districts have existing policies prohibiting harassment and bullying, while 82 of the districts regularly collect data about their LGBT students.

Another 80 landed in the second tier dubbed "foundational districts," while 28 were categorized as "priority districts" in the third tier.

EQCA pinpointed three areas where it felt school districts need the most improvement. It is recommending that LGBTQ-inclusive cultural competency trainings be required for all teachers and school staff.

The Bay Area Reporter will have more on the report in Thursday's paper.